When JC Sheitan Tenet lost his right arm below the elbow as a kid, it seemed that his dream of becoming a tattoo artist was suddenly out of reach.

But even though his dominant hand was gone, he was still determined to accomplish his goal. After teaching himself to draw with his left hand, he began learning how to tattoo and eventually became a successful artist in Lyon, France. Now, 22 years after losing his arm, he’s literally a tattooing machine.

During a tattoo convention, he met fellow artist JL Gonzal. Tenet wanted to find a way to use his remaining right arm to do his work, so Gonzal came up with an amazing idea. 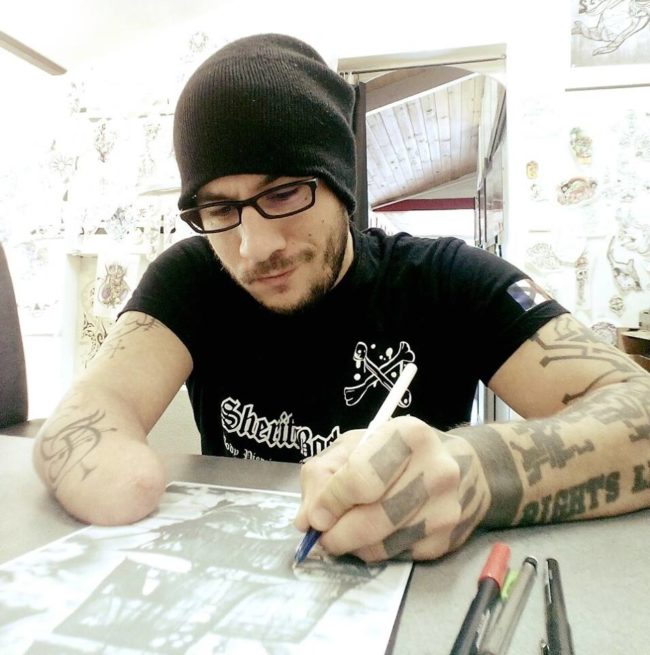 Gonzal decided to mount a tattoo machine onto an existing prosthetic arm and give it to Tenet. He also added parts from a mechanical typewriter and a gramophone, then painted it for a rusty appearance. 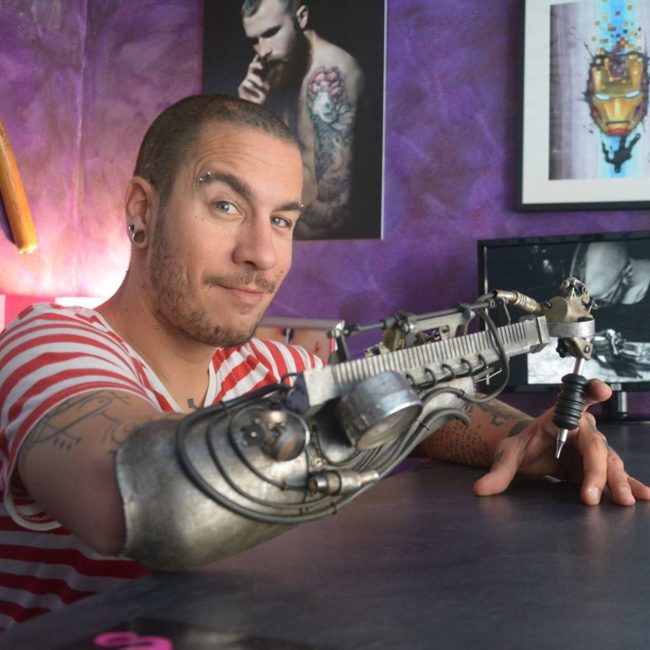 Now Tenet is basically the coolest tattoo artist ever.