Does anyone else feel like they gained a ton of weight over the holidays? After three Christmas dinners and a stocking full of candy, my jeans are definitely feeling tight, and I’m guessing that I’m not alone!

Before you go on some crazy diet or buy a gym membership that you’ll never use, check out this new study by Japanese researchers. After feeding sweet potato peptide (SPP), a protein that is produced when sweet potatoes are boiled, to some mice and withholding it from other mice for 28 days, they found that the rodents that ingested it had significantly less body fat. They believe that SPP could have the same effect on humans.

Sweet potatoes have long been a favorite food of those seeking to lose weight. Along with being naturally sweet and high in fiber, the tubers are known to help regulate blood sugar. 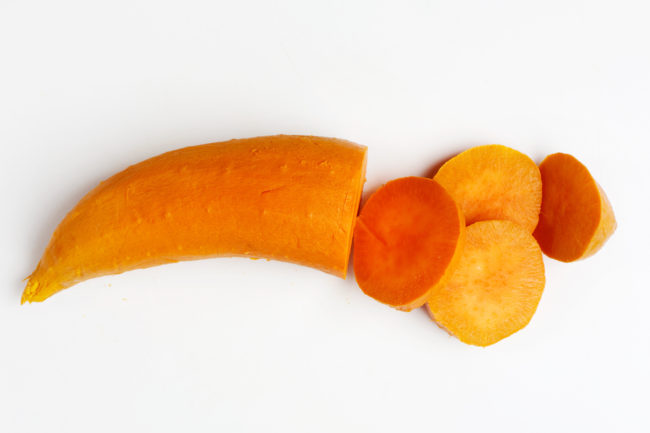 In late 2016, researchers in Japan found that a protein in sweet potato wastewater can help people suppress their appetite and lose weight.

The researchers discovered this after conducting an experiment in which they fed two groups of mice a high-fat diet for 28 days, but fed SPP to only one group. At the end of the experiment, they saw that the mice that had consumed it gained considerably less weight.