Porcelain dolls are already unsettling on their own, so could you imagine how creepy it would be inside an abandoned factory that used to make them?

Urban explorer and photographer Nacho Labrador from Territorio Abandonado doesn’t have to, because he knows exactly what these buildings hold. After finding one such place, he decided to explore the urban decay within — and he has some seriously creepy photos to show for it.

When he first entered the facility, he came across countless stacked molds. 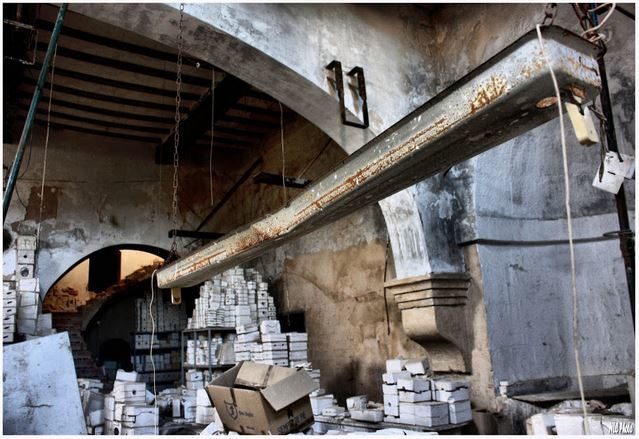 These formed various body parts for the dolls and filled practically every room. 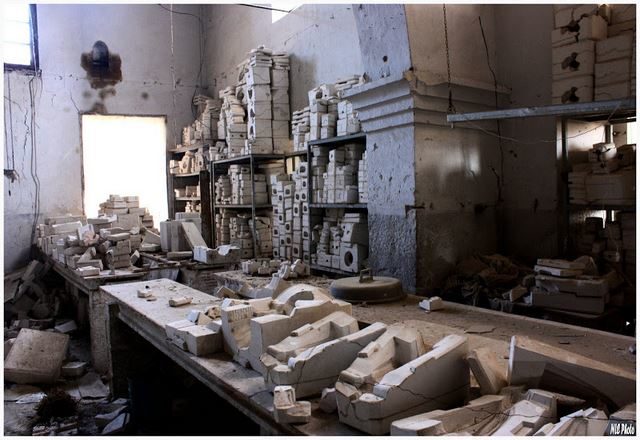 This furnace was used to bake the porcelain. It looks like a few doll parts never made it out. 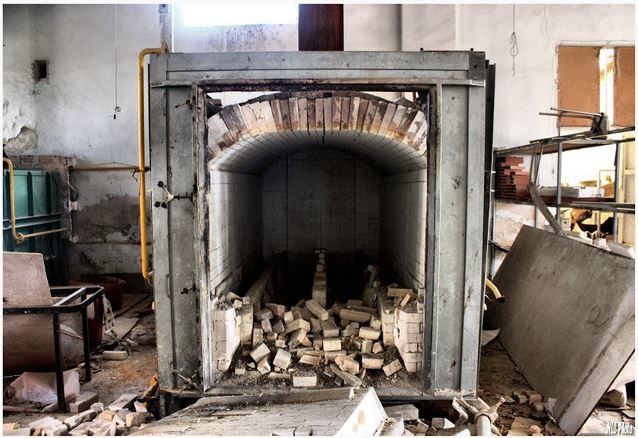 These served as washing bins for the parts, but they look more like makeshift graves. 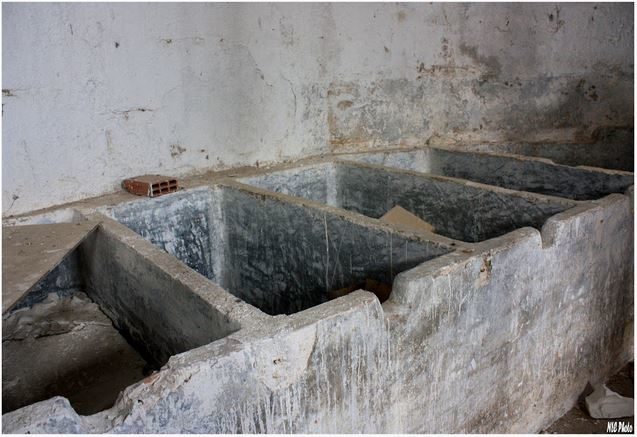 Labrador also found stools that seemed to be waiting for the factory workers to return. 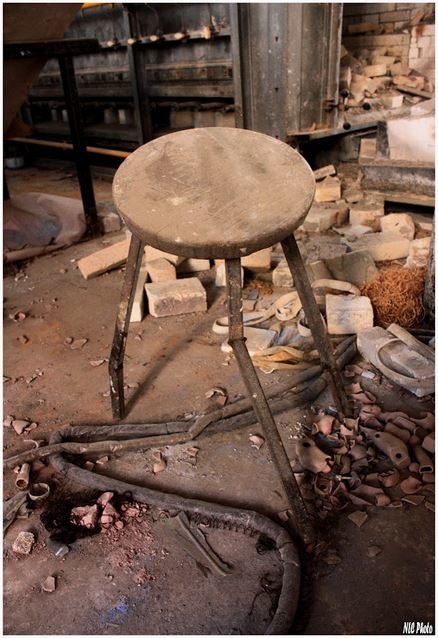 And of course, it was inevitable that he would run into dismembered dolls. 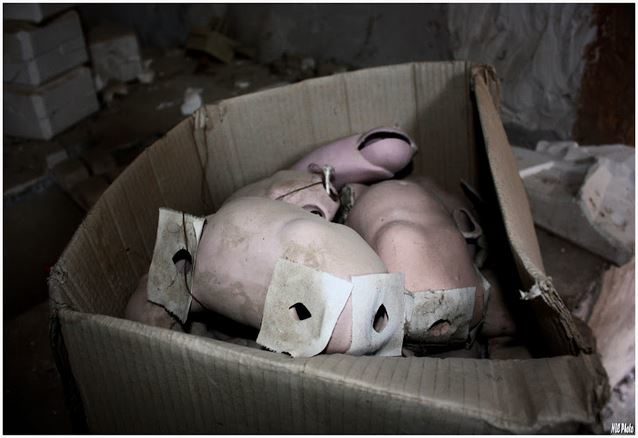 Nothing to see here, just boxes full of arms and legs. 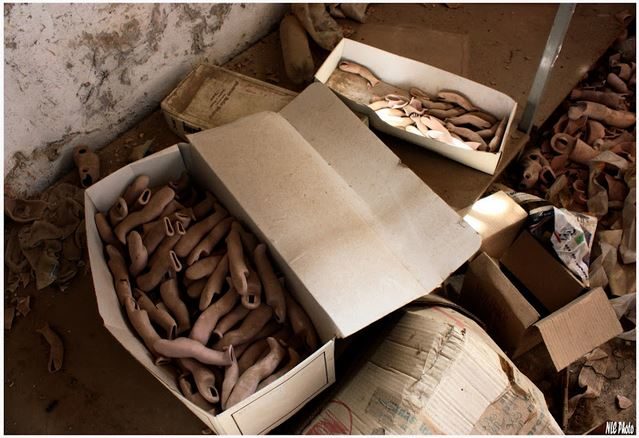 Surprisingly, the wrapped-up doll hair he found was even creepier. 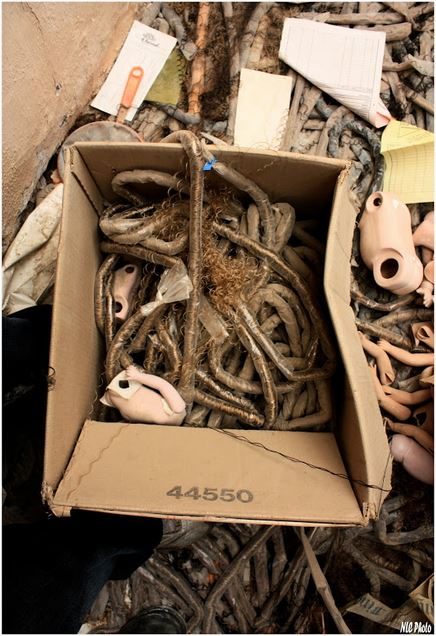 He decided to have a little fun with the hair and body parts, but this is just disturbing. 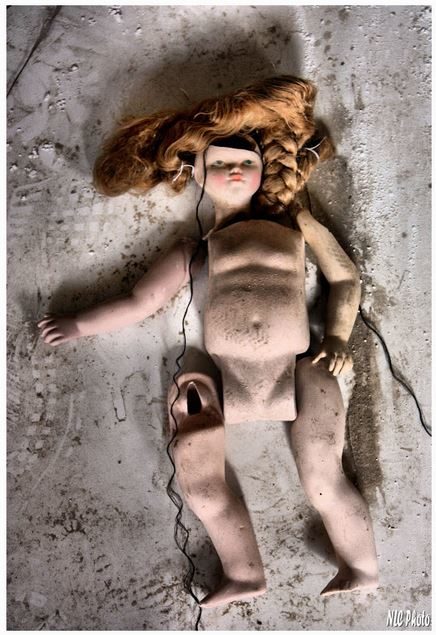 After he found this staring at him, it became less amusing. 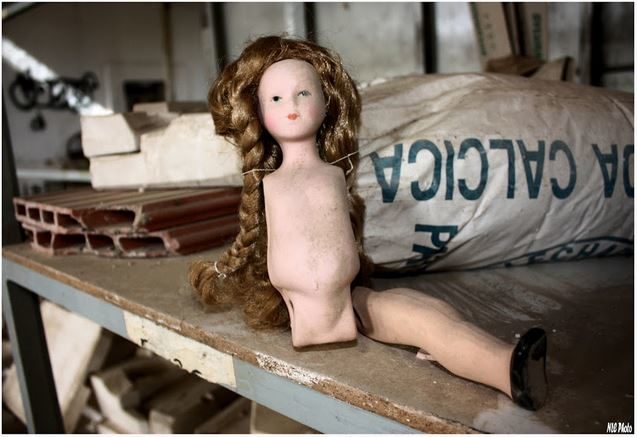 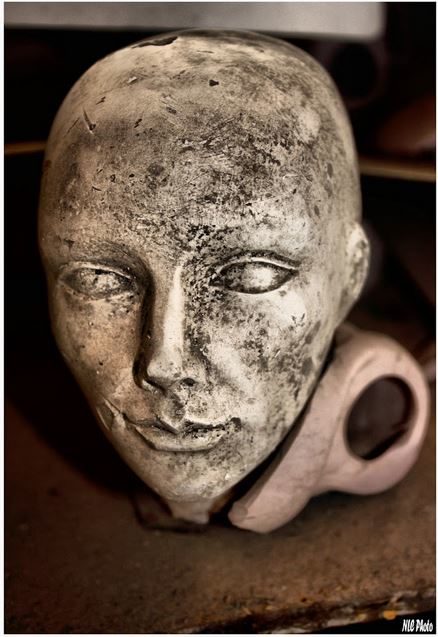 It seemed like a mausoleum for all of the dolls that were never sold. 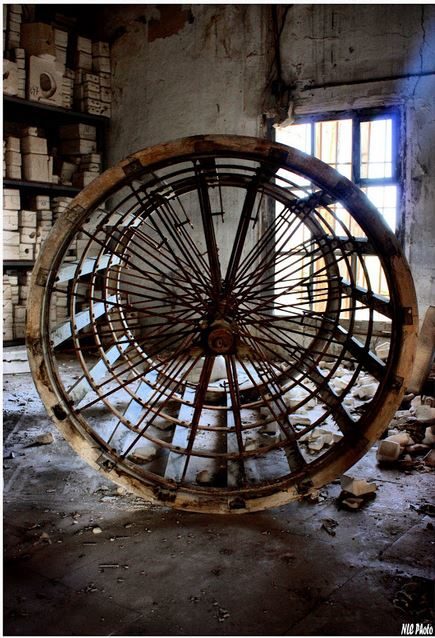 The stairs were even scarier, not only because of their appearance, but because they could have collapsed at any moment. 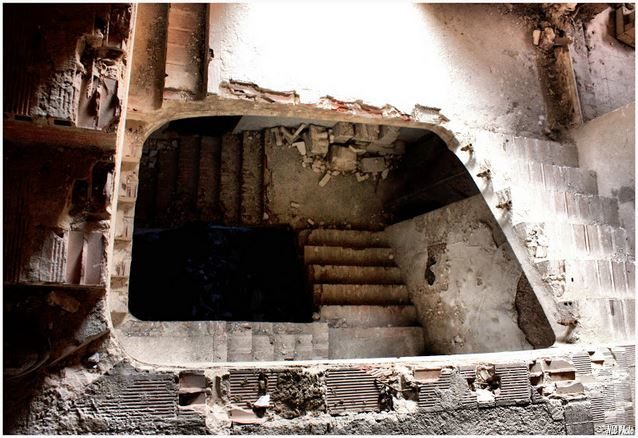 On the second floor, he found even more creepy molds. This is definitely not something I’d want to come across inside an abandoned building. 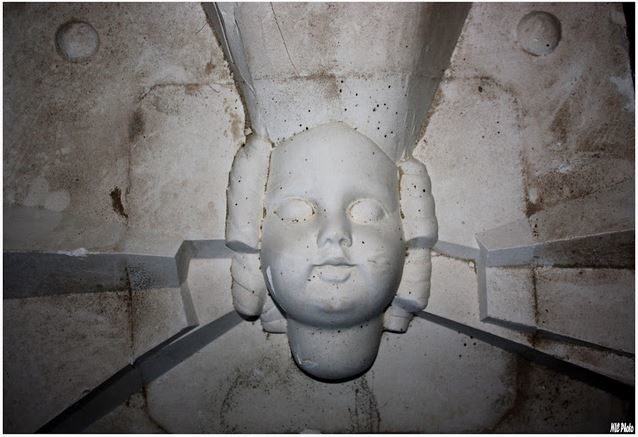 Labrador could only guess what this wheel of doom was used for.

Oh great, an almost-headless bust just waiting to freak someone out! 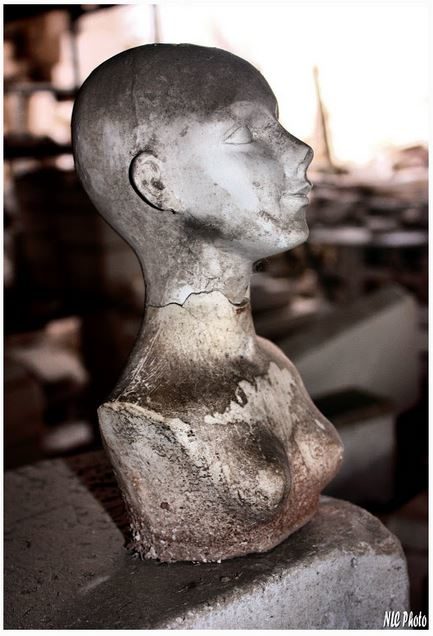 Was this used to make a horrifying version of Bacchus? 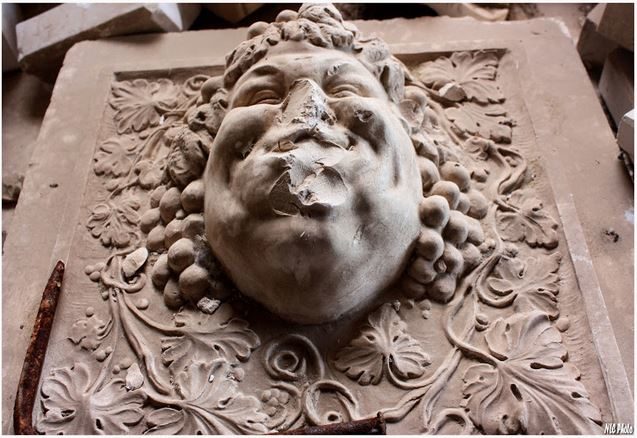 I have to wonder if Labrador has nightmares about this adventure. 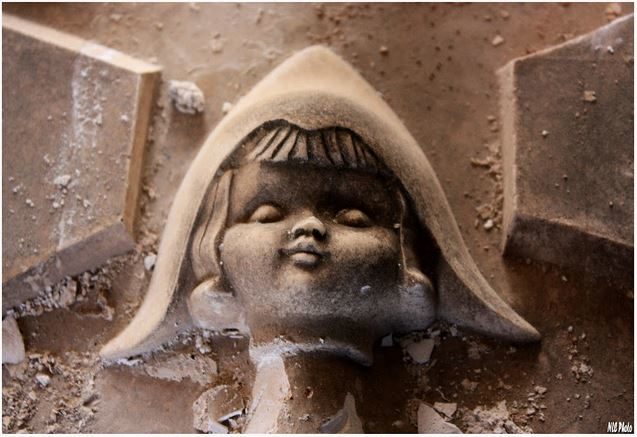 To see more of his disturbing discoveries, you can check out the video below or find more photos here.

Well, that’s enough to make me stay away. Would you explore this building if you had the chance?