Back in January, the team at Hope For Paws rushed to a busy Los Angeles neighborhood after a witness called to report a wolf walking the streets.

After roaming the neighborhood, the animal rescue team was able to find the canine and upon closer examination, they discovered that she was suffering from severe swelling caused by a number of infections. Not only was she covered in open wounds, but she was also incredibly malnourished, nothing more than skin and bones.

The wolfish pup named Julia was initially reluctant to interact, but in time, she began to warm up to her rescuers. Eventually the rescue team was able to slip her into a leash.

When Hope For Paws first found Julia, she was covered in scabs and open lacerations all over her body. 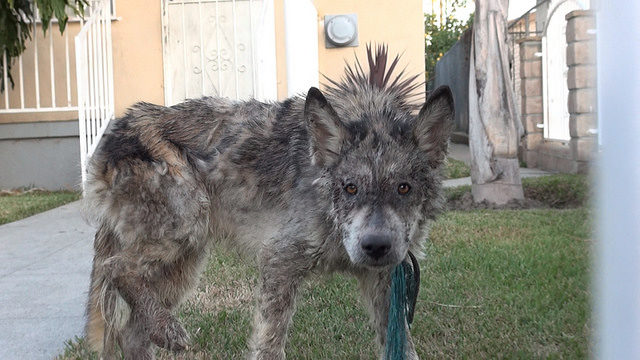 Read More: This Dog Is Being Heralded As A Hero After Calling 9-1-1 And Saving Her Owner’s Life

As Julia became more comfortable with her rescuers, she opened herself up to their love and care. 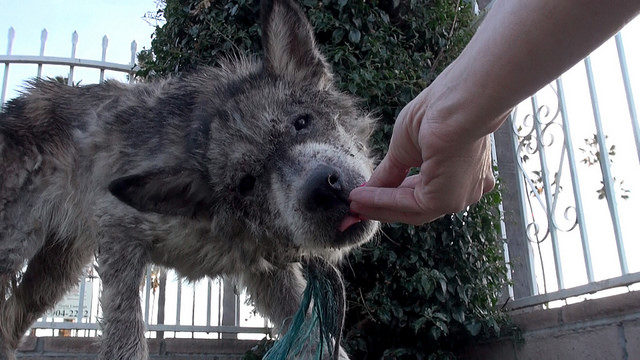