When Emma Tapping shared a photo of her Christmas tree last year, I’m sure she wasn’t expecting insane online backlash.

But after the British mother of three posted the picture on Facebook, she was quickly attacked by many other users who accused her of showing off, spoiling her children way too much, and even abusing them. Why exactly were they so angry? Because of the massive amount of gifts that were under her tree.

In 2015, Tapping gave her children 87 presents each for Christmas. 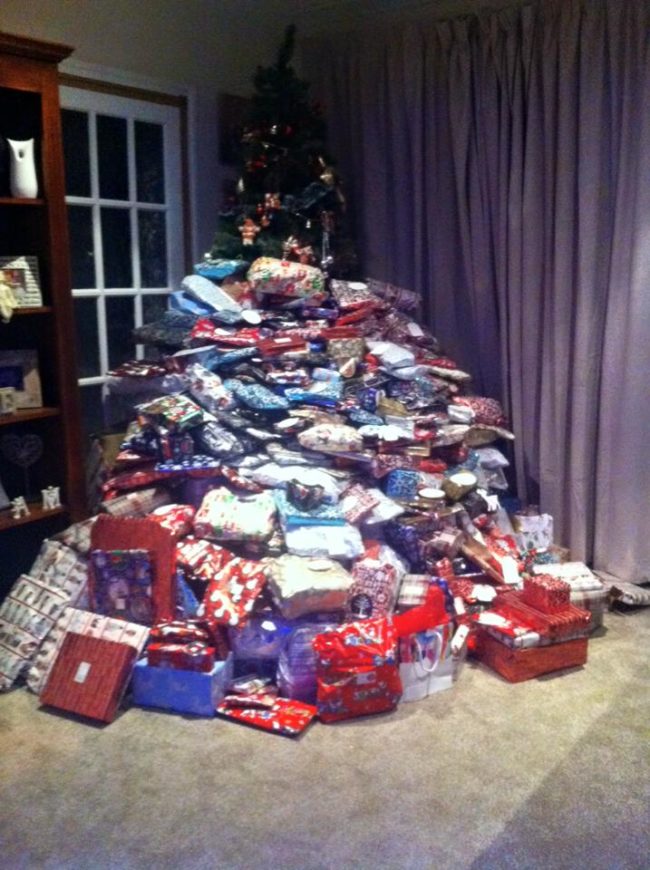 And despite the fact that people were claiming she was a bad mom, she upped the ante this year by getting them about 350 presents combined. She spent around $1,800 on them.

Read More: Man Sits On Porch With Gun As School Children Walk By And Cops Can’t Do A Damn Thing