Every time Clive Wearing sees his wife, he greets her as if it’s been ages. Deborah hasn’t gone anywhere, but since 1985, Clive has lived every moment believing that he just woke up from a coma.

Before his illness, Clive was an accomplished musician. Then, he contracted herpesviral encephalitis, a virus that infects the central nervous system. Clive recovered, but the part of his brain that stores memories had been completely destroyed.

The only person Clive remembers is his wife, Deborah. He doesn’t believe that he’s ever seen a doctor for his condition, and doesn’t remember his own children. Every 30 seconds or so, Clive “wakes up for the first time,” only to immediately repeat the cycle.

As you can see from his journal entries, Clive has spent the last few decades “waking up from a coma” over and over again. His memory only lasts about 30 seconds, which means that every bit of his life exists only in the present. 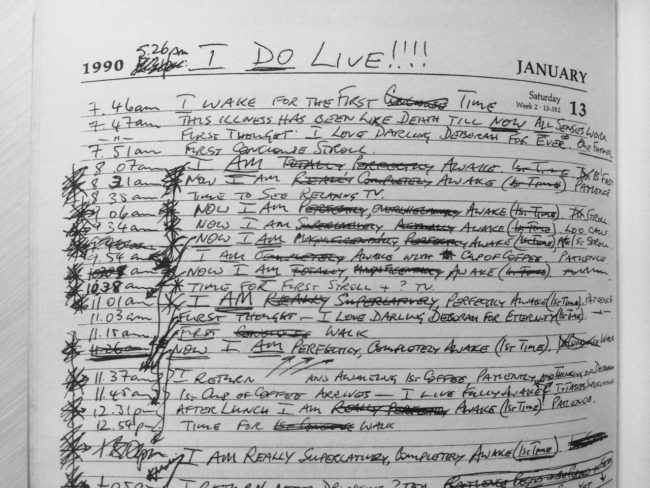 Take a peek at what everyday life is like for Clive in the video below. If there’s a silver lining to his heartbreaking condition, it’s seeing his reaction every time Deborah walks into a room.

Read More: He Was Attacked By A Shark…And It Ended Up Saving His Life

To learn more about Clive and Deborah, click here. Do you know of other people with memory loss? Be sure to let us know in the comments.