You’ve probably heard that life is short and that things can change at the drop of a hat, but a surprise diagnosis can still come as quite a shock.

When Ashley Niels took her 12-year-old dog Spunky to the vet recently, she never expected what they told her after running some tests.

The once energetic pup used to devour his food like it was his last meal, until one day. He hardly ate at all. Taking note of the sudden change, Niels knew something was up. The vet would later confirm that Spunky had hemangiosarcoma, a form of cancer that was causing the pup to bleed internally. Not wanting her dog to suffer, she scheduled an appointment for the next day to put Spunky to sleep…

Niels had adopted Spunky during her college years in Wisconsin. They spent many years playing in the snow — where the fluffy pup felt most at home. But after school, Niels had to uproot her cold weather-loving dog and bring him to Texas — and a climate that rarely saw more than a freak snowstorm.

Having already scheduled the appointment to put Spunky down, Niels knew she couldn’t let her best friend go without fulfilling that final promise…so she got to work. 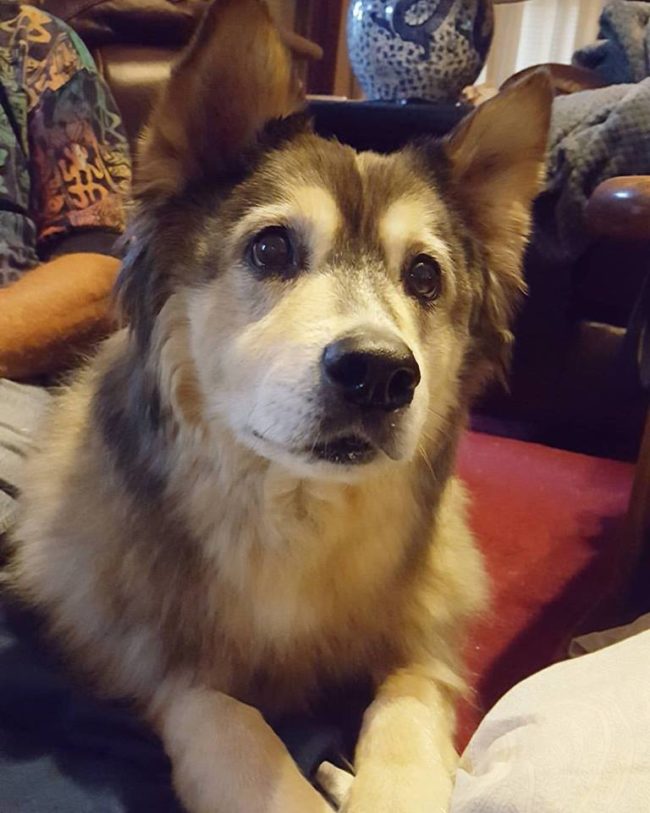 Unfortunately, though, the wicked-hot summers in Austin left absolutely no chance of snow in the forecast. Niels had to get creative.

With the help of volunteers from the Austin Animal Center, Niels was able to rent a snow machine and give Spunky one last day of snowy fun.

But the fun didn’t stop there…Niels and the volunteers were even able to bring a little winter wonderland to the dogs at the animal shelter, too! 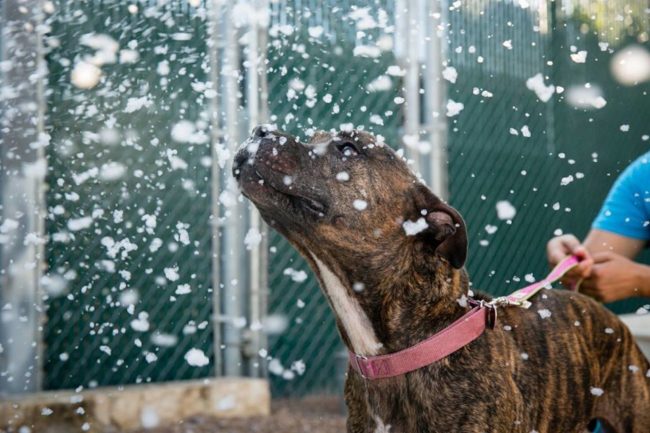 While Niels was reluctant to take Spunky in the next day to be put down, the vet actually had to cancel. But that was totally okay with her…look how happy he seems!

Since then, Niels’ sister and father have flown in to help show their love for the resilient pup. He’s continued to live every day like it were his last.

Spunky isn’t ready to give up the fight quite yet. We hope he’s still got a lot of living to do and good days ahead. We could all learn a thing or two from this awesome dog and the community that rallied around him!