About one in every 200,000 live births produces a set of conjoined twins.

Unfortunately, their chances of survival are only between five and 25 percent. About 40 to 60 percent of them are stillborn, and 35 percent live for one day. Despite these odds and doctors’ recommendations, Eric and Elysse Mata from Lubbock, Texas, decided to have their baby girls.

In April 2014, they welcomed Knatalye Hope and Adeline Faith into the world. The twins were born nine weeks early, and it quickly became clear that they would need to be surgically separated.

The girls were connected by their chest wall, lungs, hearts, diaphragm, liver, intestines, colon, and pelvis. Because they each had their own heart, doctors became optimistic about separating them.

They had to spend almost a year in the intensive care unit at the Texas Children’s Hospital in Houston, so the Matas and their five-year-old son, Azariah, moved into an RV and stayed nearby. 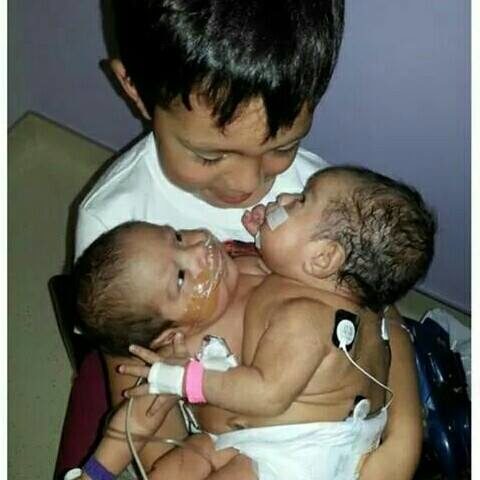 When the twins were 10 months old, doctors began preparing for their separation surgery. Dr. Darrell Cass and his team used 3-D models and mannequins for practice. 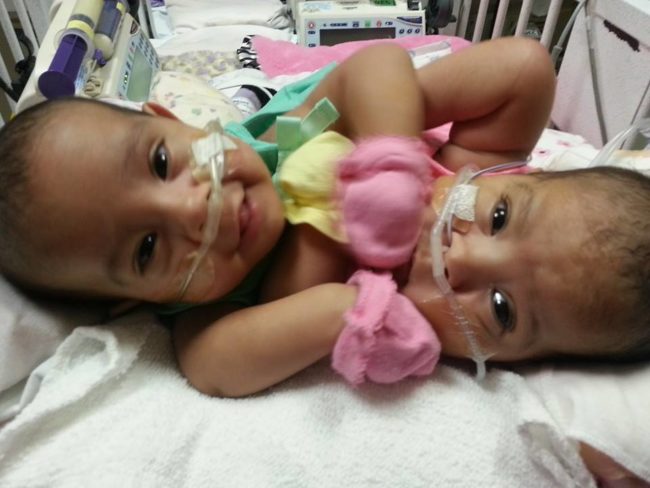