The premiere of Angelina Jolie‘s long-anticipated latest film, First They Killed My Father, took place on Monday, the 20th of February in Siem Reap, Cambodia – not far from where the Tomb Rider set had been in 2000. It was a family affair to remember with all her children present, some of who had worked on the movie.

The event took place at the Terrace of the Elephant in the ancient Angkor Wat temple complex, a famous UNESCO World Heritage site. Jolie, who directed the movie, was joined by children — Maddox (15), Pax (13), Zahara (11), Shiloh (10), and twins Knox and Vivienne, 8. Her sons Maddox, who was born in Cambodia, and Pax were both involved in the film’s production.

The screening was attended by both Cambodian royalty and Hollywood celebrities. King Norodom Sihamoni and Queen Mother Norodom Monineath Sihanouk were both in attendance, as were numerous senior government officials.

In her speech at the premiere, Jolie once again spoke of her deep connection to the South East Asian country.

“I cannot find words to express what it means to me that I was entrusted with telling part of the story of this country,” she said. “This film was not made to focus on the horrors of the past but to celebrate the resilience, kindness and talent of the Cambodian people.

“Most of all, this film is my way of saying thank you to Cambodia,” she continued. “Without Cambodia, I may never have become a mother. Part of my heart is and will always be in this country. And part of this country is always with me: Maddox.”

“Thank you, everyone, for attending tonight. We finally made it. It’s a great honor to present this film to all of you, and to stand by my mother and my family. And now I’d like to introduce my little sister Shiloh, as she has something to say.” 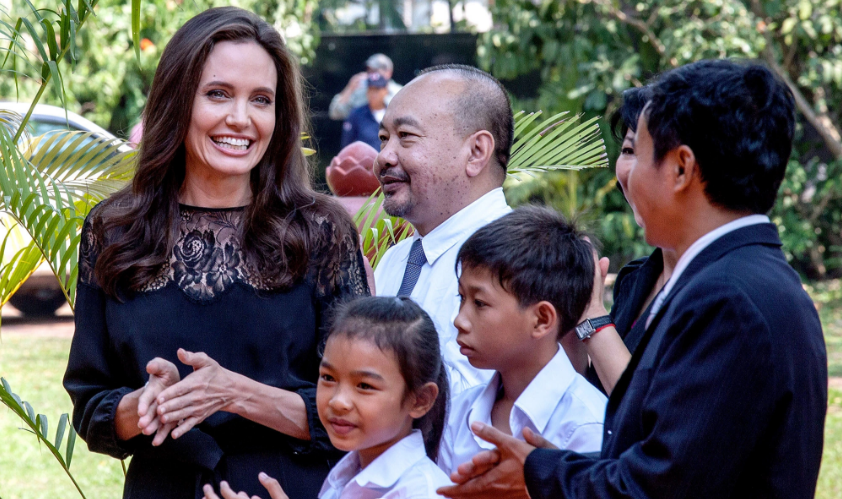 First They Killed My Father, is a passion project of Jolie’s. She has shown interest in similar themes, when she directed, In the Land of Blood and Honey about the Bosnian war. This latest film tells the story of life in Cambodia under the Khmer Rouge dictatorship, seen through the eyes of a child.

The screenplay was based on the eponymous non-fiction novel which came out in 2000, written by survivor Loung Ung. 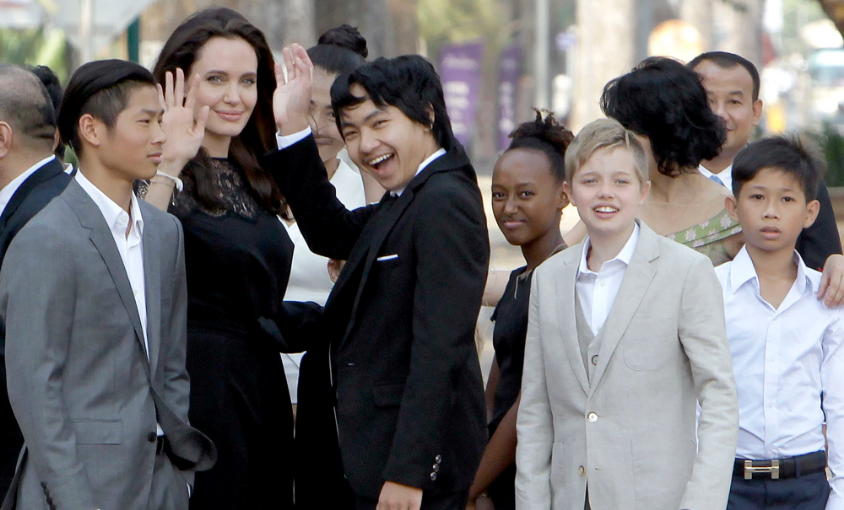 Earlier during the day the Oscar winner attended a press conference. This was her first appearance in public since filing for divorce from her partner of 11 years, Brad Pitt. According to Nashville child custody lawyers, divorce doesn’t have to turn into a battle even when it comes to child custody. This website throws more lights on this issue. It is possible to make the process as quick and painless as is possible given the circumstances. 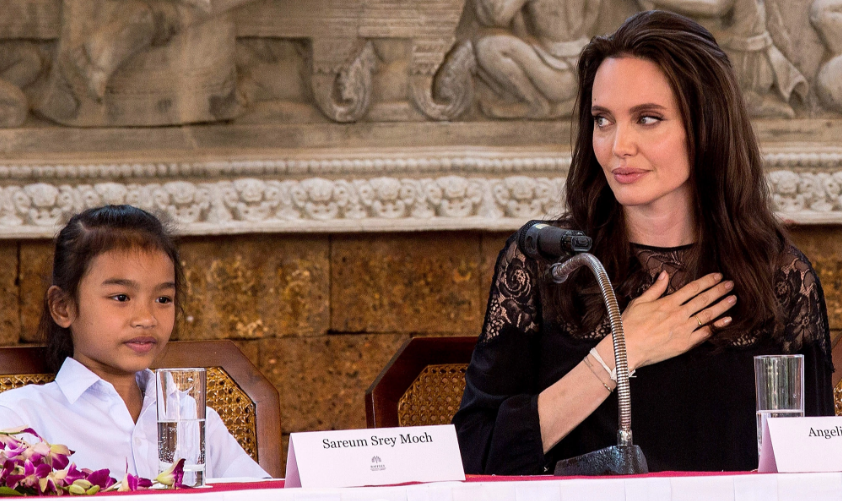 At the press event, the director admitted she thinks of Cambodia “like a second home,”. She spoke about how happy Maddox was to be visiting the country he is from.

“I read Loung’s book many years ago. It helped to open my eyes to what was going on the world,” Jolie said. “I wanted to tell the story to through the eyes of the child’s point of view, the love of a family, to show the beauty of the country and understand what Maddox’s parents may have gone through.” 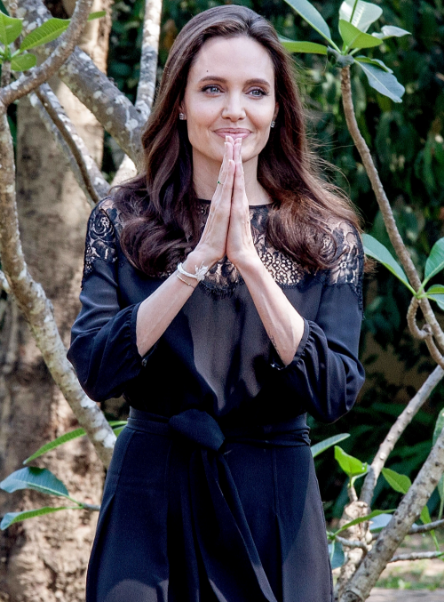 It is estimated that more than two million people, out of a total population of seven million, were killed during the purges carried out by dictator Pol Pot. This included Ung’s father, mother and two sisters. “The heart of it is Loung’s story, it’s the story of a war through the eyes of a child, but it is also the story of a country,” Jolie says in a promotional video.

The actress and philanthropist used only Cambodian actors, many of whom come from families directly affected by the pogrom. Khmer is the only language spoken in the movie. The movie will be released on Netflix later this year. 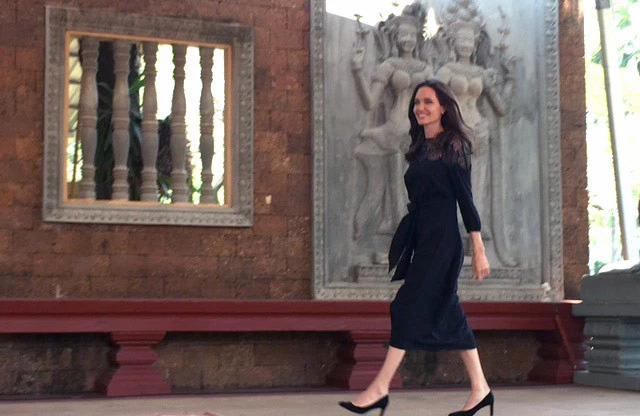 Soon after the filming of Tomb Raider was wrapped in 2000, Jolie was back in Cambodia as a volunteer for UNHCR, the United Nations’ refugee agency. In 2002, she adopted her first child, Maddox. He came from an orphanage in Battambang, in the western part of the country. In a recent interview with The Guardian, the 41-year-old revealed it was her son who wanted to take part in the project.

“He was the one who just called it and said he was ready and that he wanted to work on it, which he did. He read the script, helped with notes, and was in the production meetings.”

Also, the second-eldest from Jolie and Pitt’s six children, Pax, was involved in the production, shooting numerous stills during the filming. 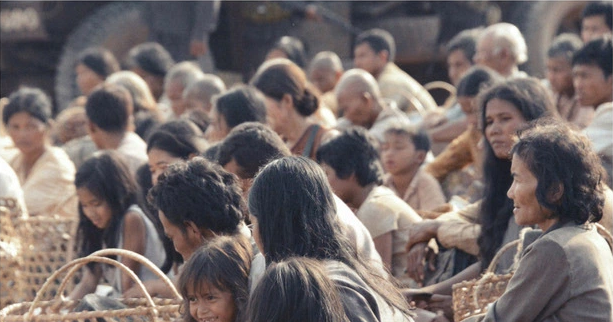 Also, the second-eldest from Jolie and Pitt’s six children, Pax, was involved in the production, shooting numerous stills during the filming.