Even if you’ve never made a ridiculous request at your hotel before, odds are you’ve heard about celebs asking for weird things and particularly picky guests being oddly demanding.

But have you ever heard of someone asking for a framed picture of bacon? How about a pillow fort waiting on the bed? Imgur user MadVillainousDave has — in fact, he was the one who asked for those things (and more) during his hotel visits.

What’s surprising about this story, though, is the awesome way each hotel handled his requests. One thing’s for sure — those workers deserve a huge tip.

The first time around, he started simple. 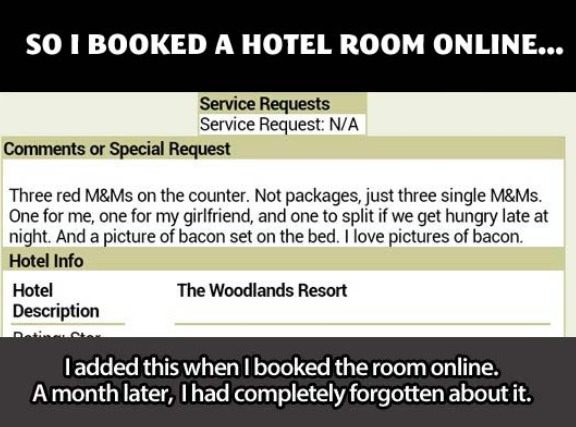 Later in the year, when he and his girlfriend walked into their room, they couldn’t figure out why there were three red M&M’s sitting on the counter. 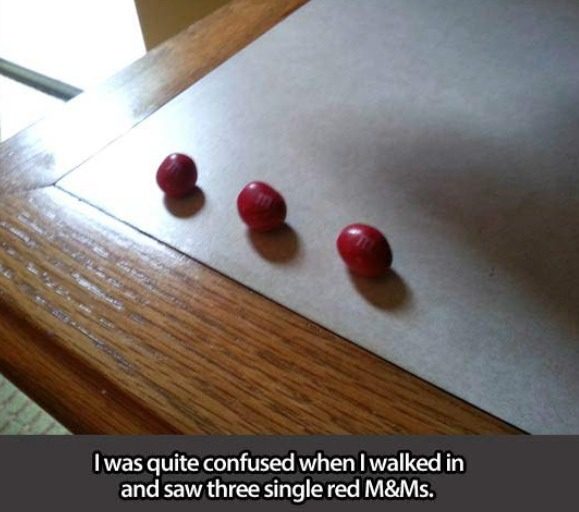 He became even more confused when he saw a framed picture on the bed. 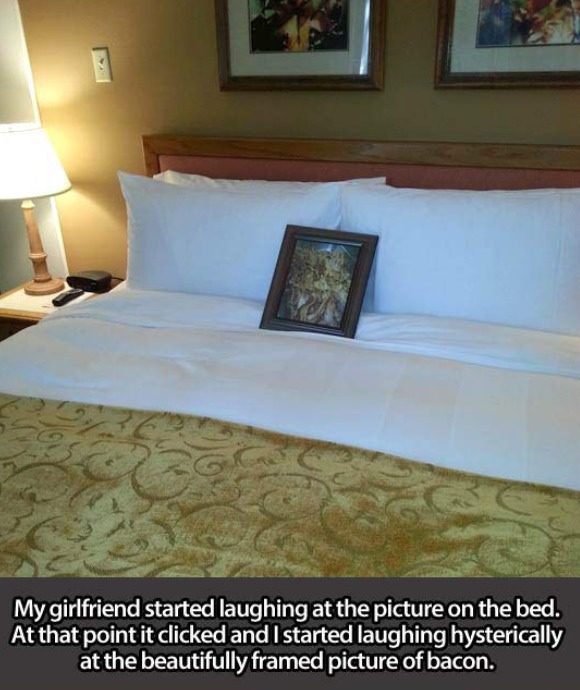 He was delighted to see that the food he loved was captured so beautifully. 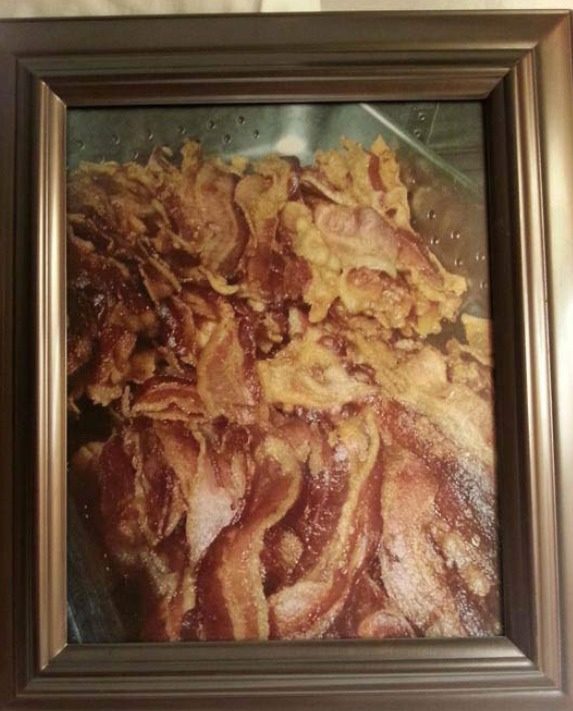 After that hilarious visit, he began making requests at all the hotels he stayed at. 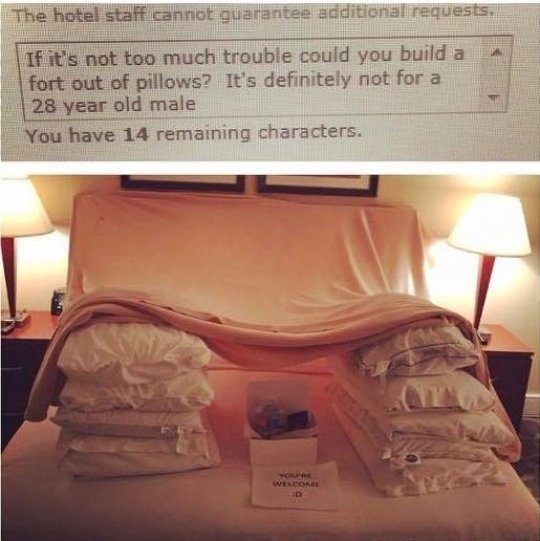 And the staff definitely didn’t disappoint. 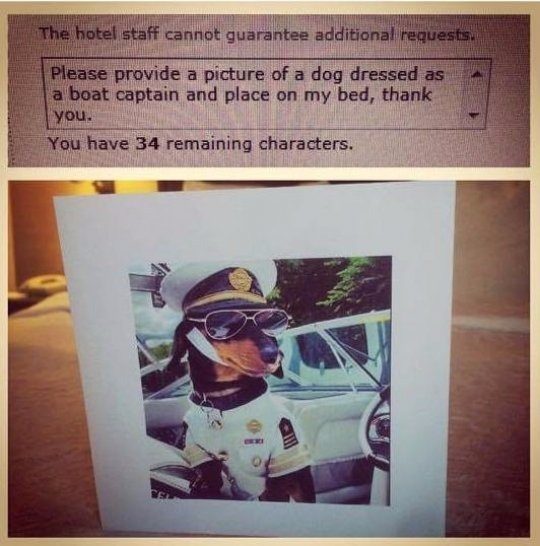 My only regret with this one is not being able to see the sexy fruit. 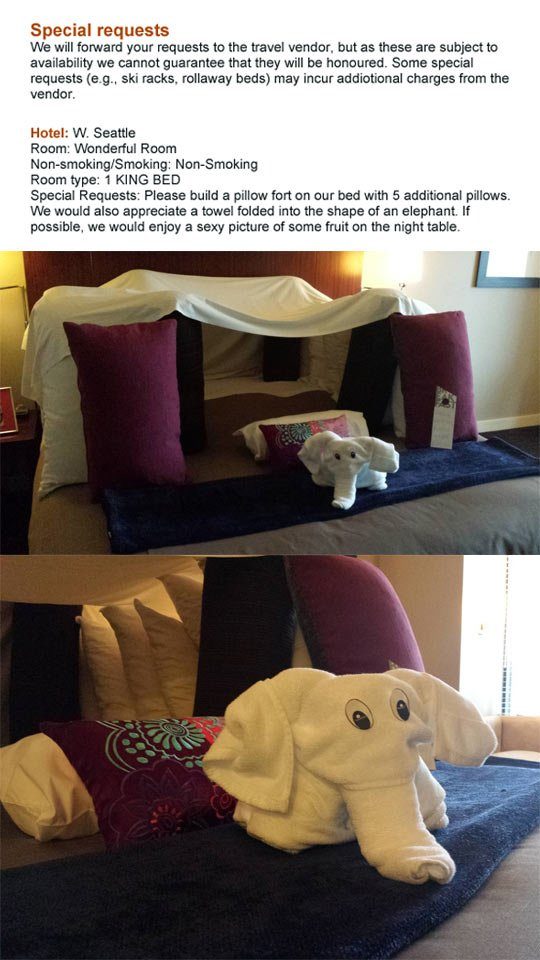 But my favorite request from MadVillainousDave is this — “I really, really need a photo of an adorable kitten on my bed and a towel folded like a swan staring deeply into its eyes.” 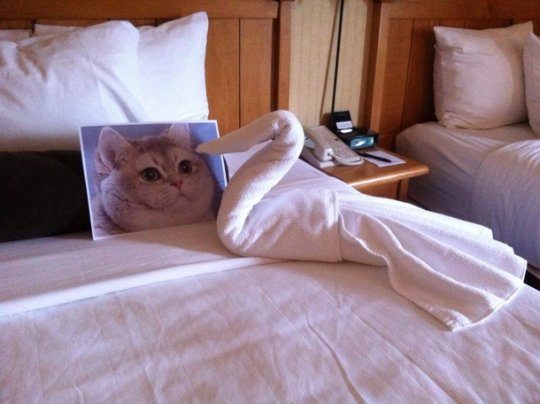 Okay who else is brainstorming all the hilarious possibilities for the next time you stay at a hotel? I know I am…