When it comes to my hair, I can’t go more than four weeks in between haircuts, so I can only imagine experiencing what this cat went through.

One day, relatives of an elderly man suffering from severe Alzheimer’s were left with no other option but to place him in a nursing home. Aware that the man owned two cats, the relatives decided to leave food and treats for the felines in the house until they could figure out what to do with them.

Upon entering the house, they quickly learned of the unfortunate neglect that the man’s calico cat Hidey had to endure. Due to her size and the man’s inability to care for and groom her, her fur was matted in large clumps resembling dreadlocks.

After the man’s family found Hidey, they took her to the Animal Rescue League Shelter & Wildlife Center, where she received some TLC and a much-needed haircut. 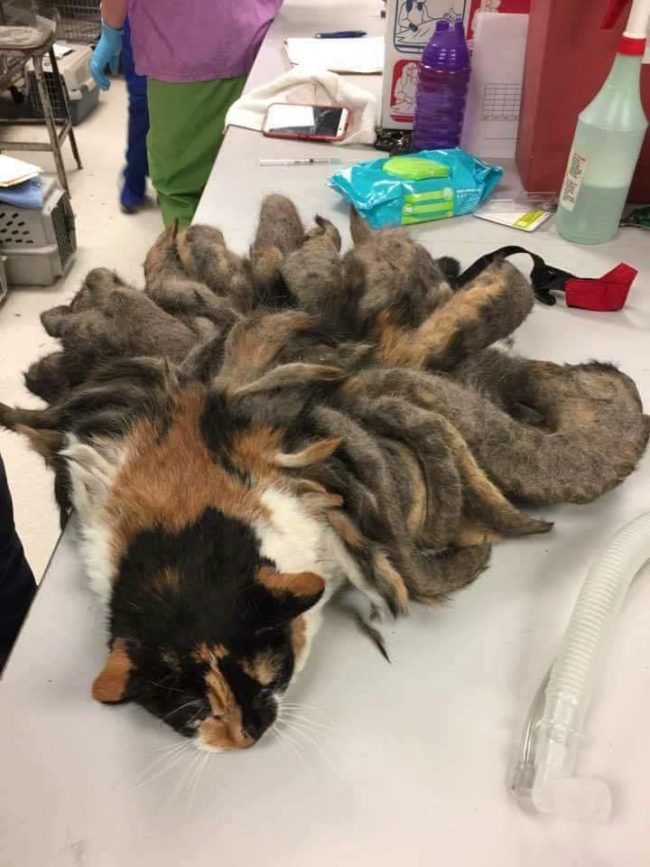 Hidey was carrying around more than two pounds of matted fur on her body. 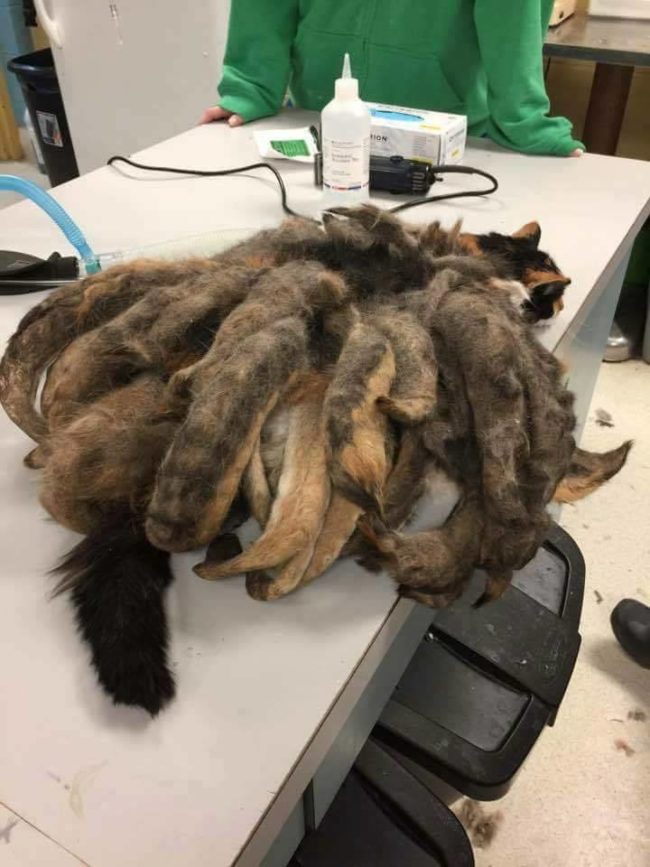 The vet staff had to put Hidey under a local anesthesia to ensure the safe removal of her overgrown locks. 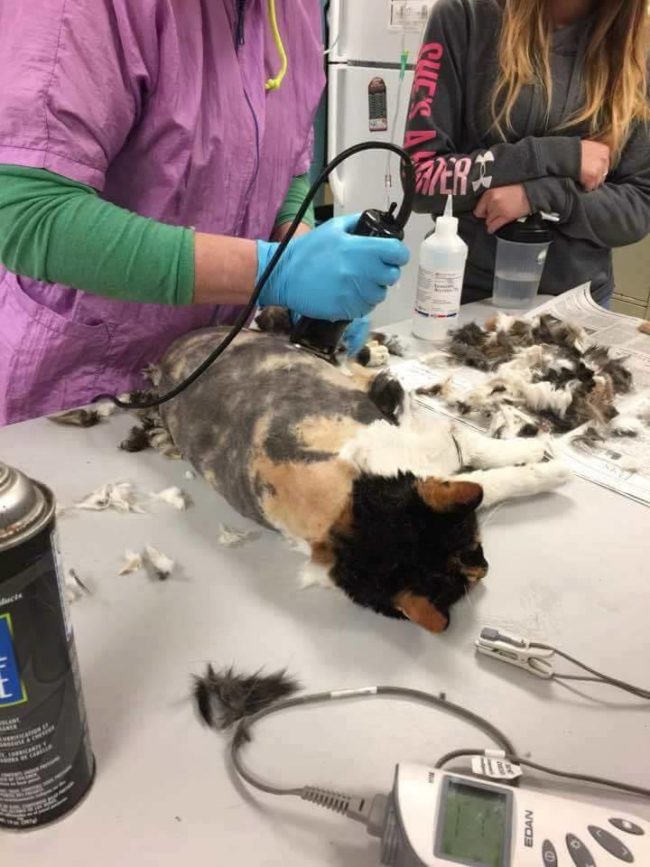