Have you ever wondered would be like after the collapse of civilization? Personally, it’s something I try not to think about. However, urban explorer and photographer Freaktography isn’t like me. For his most recent series, Freaktography grabbed a pair of old-style gas masks and brought his daughter to an abandoned building.

There, the two attempted to imagine what life without all the trappings of modern civilization might look like.

“After a devastating nuclear fallout, this father and daughter waited three years before emerging from their underground fallout shelter only to find wide-scale destruction, carnage, and death.” 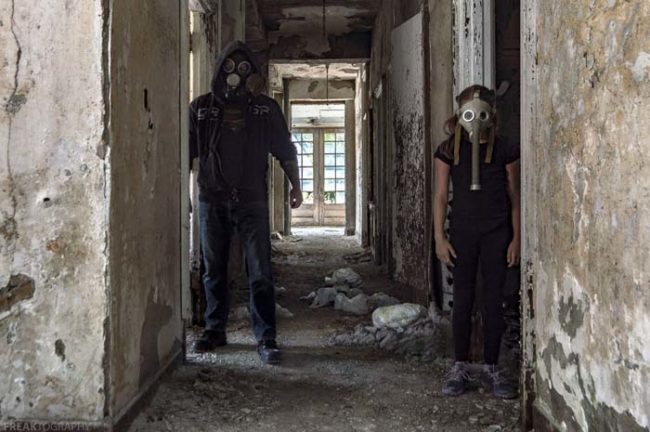 “Now it’s time to figure out where to start, scavenge for food, and learn how to live in the new post-apocalyptic world. Today, they navigate room to room searching for any belongings from life before the fallout. The little girl has already found her stuffed doll.” 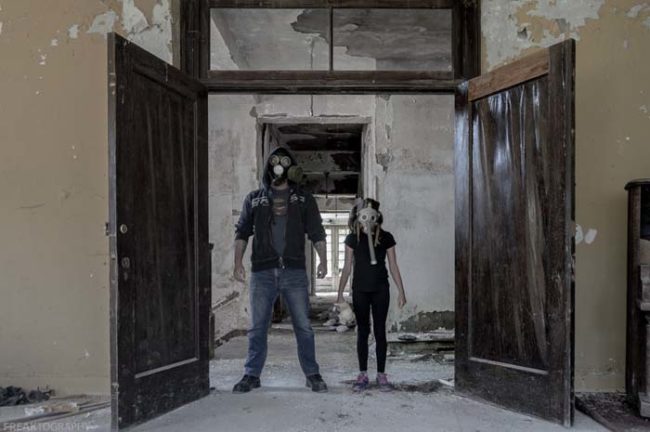 “Still too unsafe to venture outside, our post-apocalyptic father and daughter are stuck inside. The only entertainment they have is each other and whatever items were left over. Dad discovered a heap of old newspapers. The edition he reads today ironically reads ‘Fresh Air Is Free,’ while the young girl becomes closer with her stuffed toy doll.” 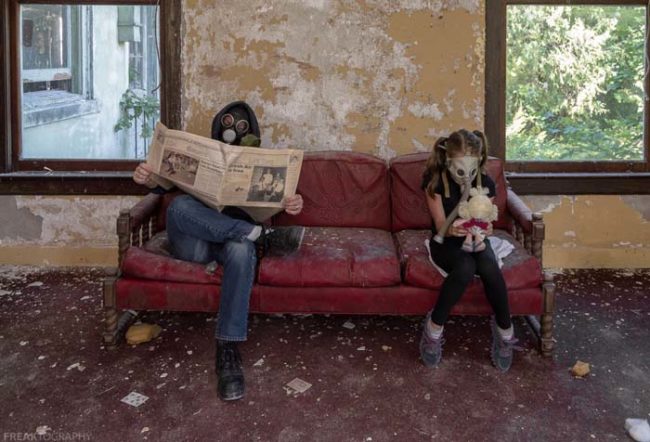 “When you’re stuck in the same room all day after a nuclear fallout, there is only so much to do. The father and daughter, after scavenging what they could, were able to locate three cards, a white blanket, a stuffed doll, and a stale can of Budweiser.   So they invented their own card game, anything to keep the girl’s mind off of what was really happening outside.” 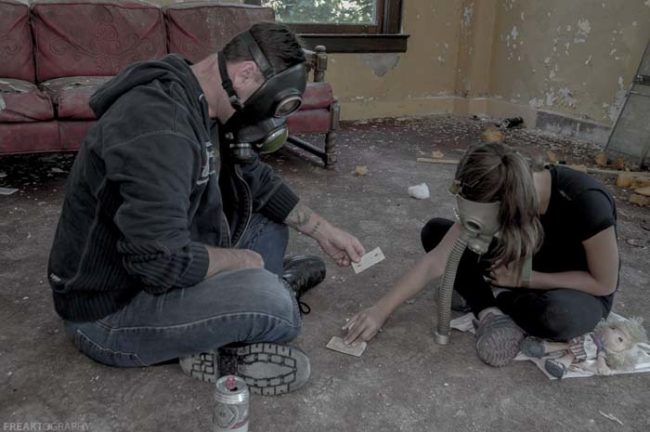 “Despite the wide-scale destruction, regardless of the damage, death and shutdown of life as it had been known, life must go on.  The little girl will be taught just as she would have been in life before the fallout. She will learn history, she will learn to read and to write, she will learn survival skills, and she will learn science.   It’s not known how many have survived, but this father knows that his little girl, having survived the fallout and three years in a shelter, is the key to the future and life carrying on in the new world.” 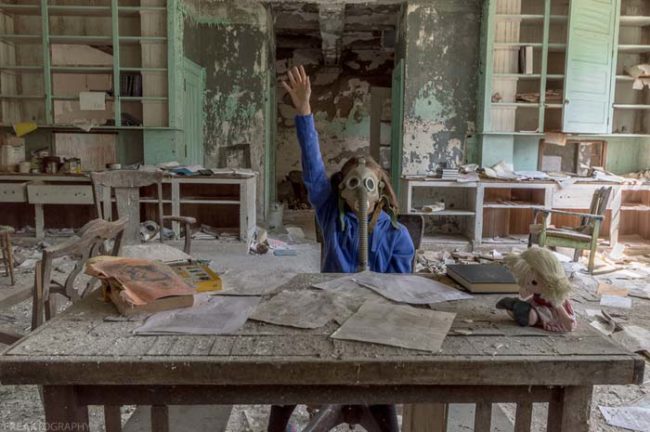