A pottery technique that originated in 18th-century England is making a massive resurgence online thanks to artist Kevin Kowalski.

Known as mocha diffusion, this technique is characterized by the interaction between an acidic mixture and alkaline surface that yields stunning results.

Kowalski teaches high school pottery classes, and he came across mocha diffusion while searching for new techniques to introduce to his more advanced students. Since then, the artist’s take on this approach has garnered plenty of attention online, effectively serving as the springboard for a brand new chapter in his career.

Kowalski’s creations quickly went viral after Bored Panda shared a video of the artist at work. Since then, he’s gained thousands of followers who can’t get enough of his unique spin on a centuries-old practice. 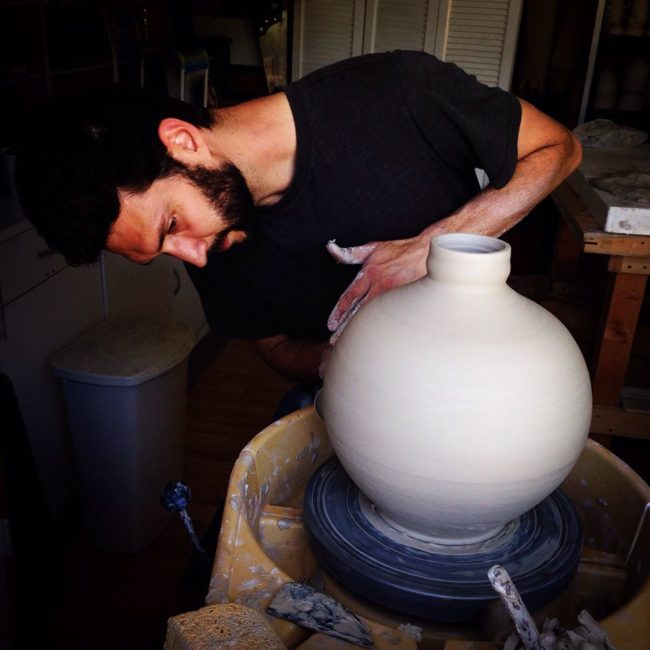 Although the finished product’s visual impact is undeniable, seeing Kowalski’s process unfold takes the experience to an entirely new level. 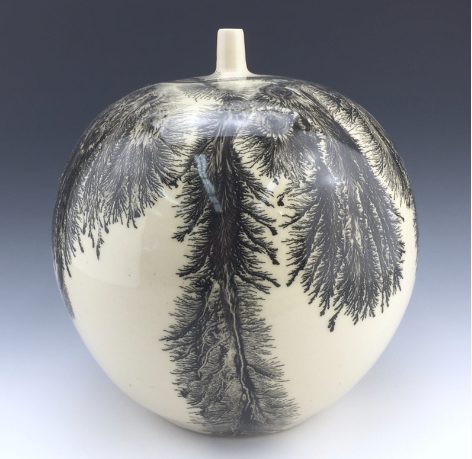 After creating the vessel itself, he pours an alkaline slip over the piece.

Before the slip has a chance to set, an acidic mixture called mocha tea is dripped over the surface with a brush.

That’s when the real magic happens. This collision of materials causes a gorgeous reaction that creates dendritic patterns with minds of their own.

“I love the representation of feathers, trees, and cacti that are the result of the intentional application,” he writes on his website, “but the spontaneity and somewhat unpredictable reactions keep me coming back for more experimentation.” 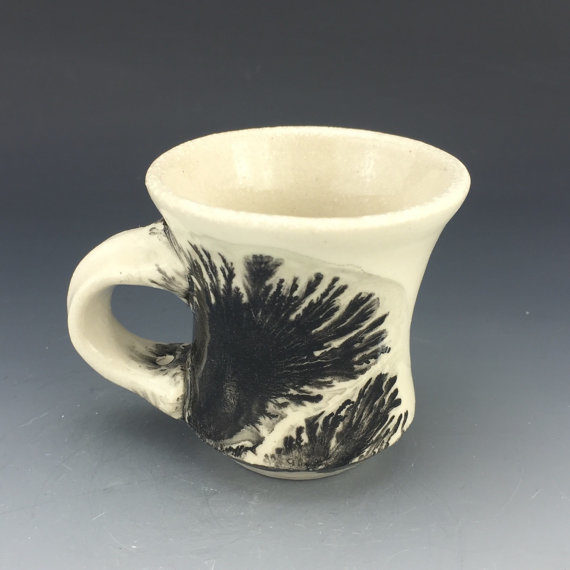 Although he had a following before Bored Panda posted the video, viral culture really ran with his mocha diffusion process after that. 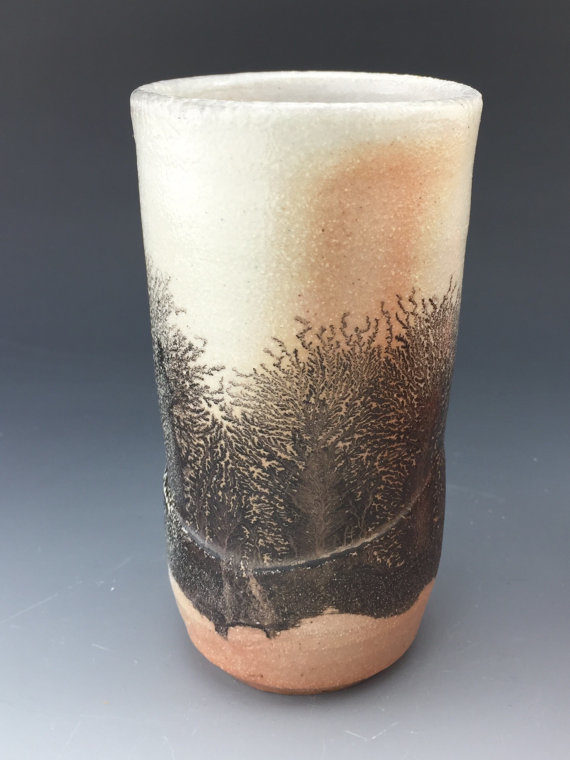 “I’m thankful for it,” he explained to FunnyModo, “because this is what sort of put my work on the map. I can’t believe the response, since people everywhere are buying my pottery and that’s allowed me to connect with people all over the world.” 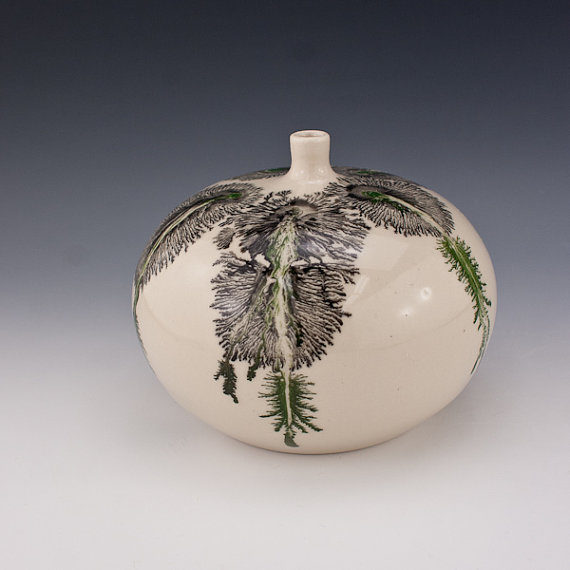 For these larger pieces, he switched things up by dripping cobalt and black pigments downward instead of doing it from the bottom up. 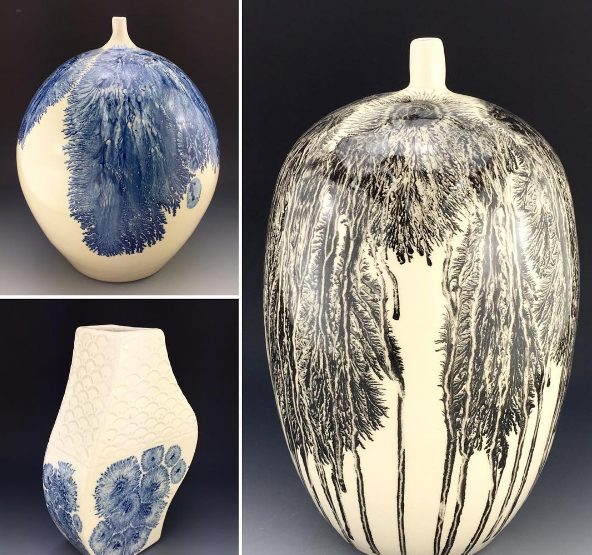 Now that Kowalski’s had a chance to get a handle on the attention and subsequent sales, he’s decided to go bigger. Check out the video below to see what he posted on Etsy earlier this week.

If you want to learn more about Kevin Kowalski’s work, be sure to check out his website.