Considering that I have very few crafty bones in my body, I’m always super impressed with people like Instructables user bongodrummer.

Up until today, I had no idea that:

1. Coffee tables could be this cool…OR

2. That I could be completely jealous of a table’s musical talent.

If you’re confused, read on. You won’t be disappointed… 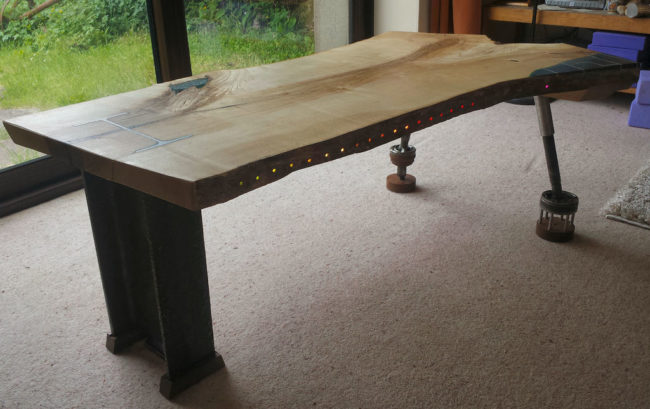 But first, let’s start from the beginning. This was the huge log that bongodrummer had just hanging out in his field. 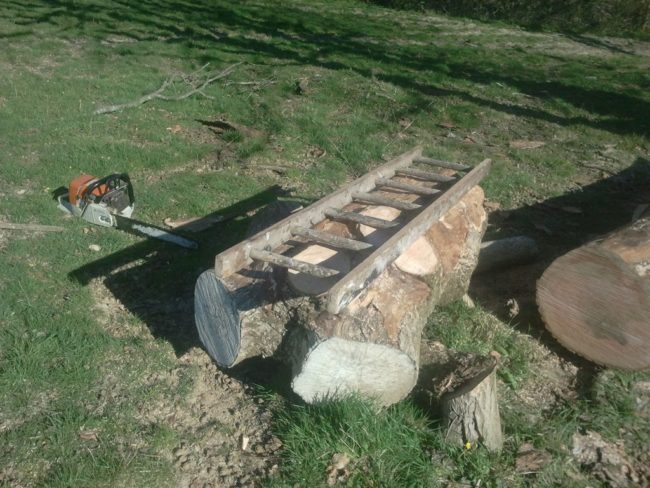 After getting rid of the bark, he sliced it in half and let it dry. 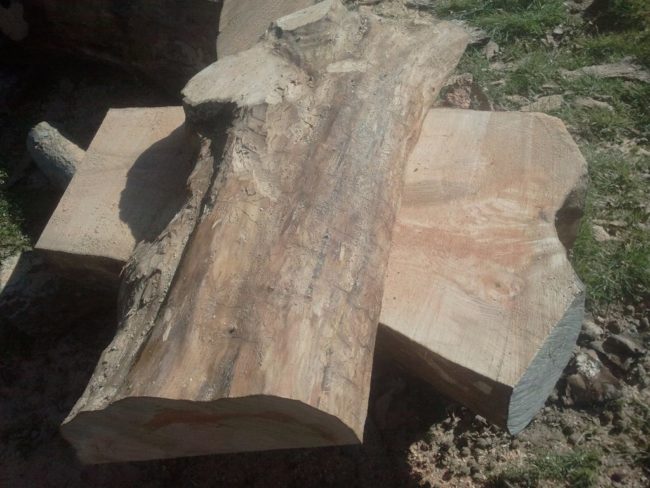 After it was fully dried out, he cut it again to reveal this beautiful cross section. 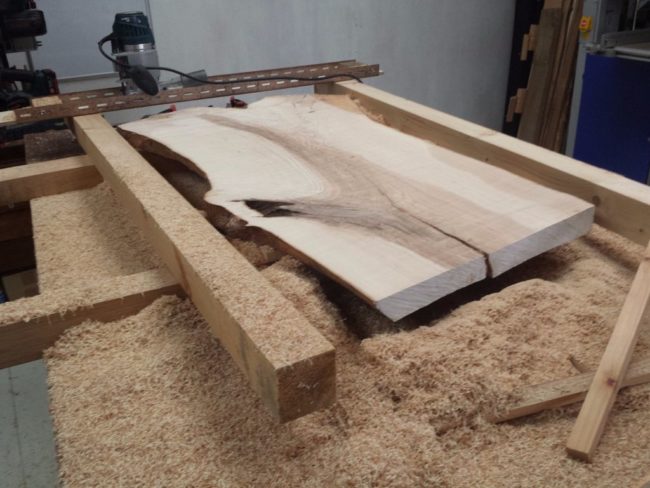 Unfortunately, the wood had split and warped during the drying process. To fix it, he embedded some aluminum scraps in the piece to even out the surface. 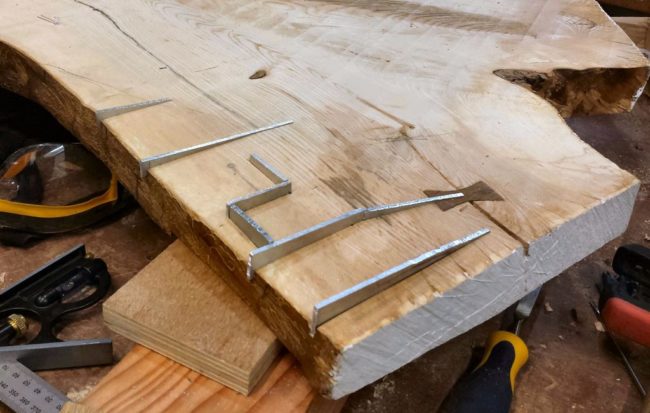 He filled the space between each piece of aluminum with resin… 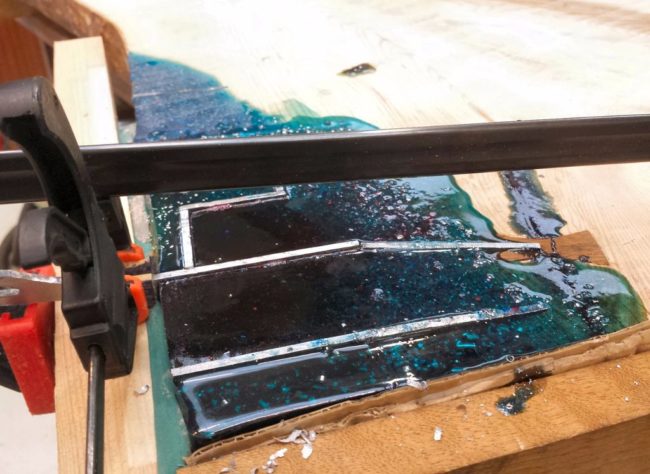 And sanded it down so that the surface was flat. Looks pretty cool, too! 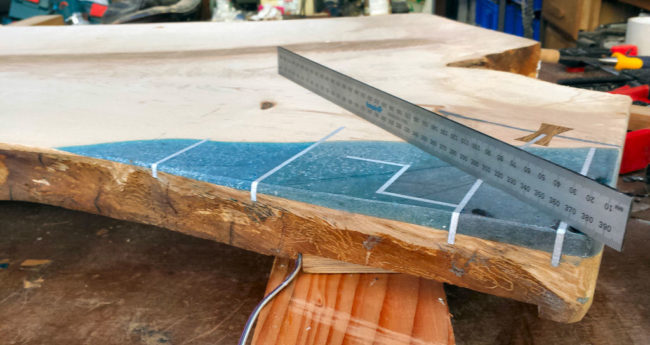 Then it was time to think about the legs — he used this old steel piece for one of them. 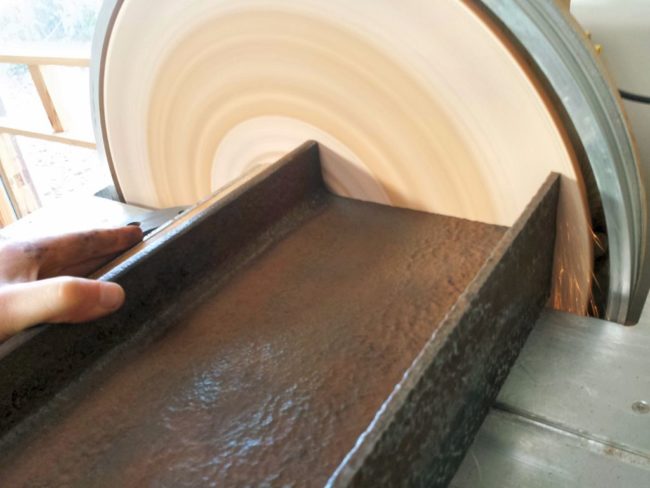 He chiseled out a space at the end of the table on a part where the wood had split. The leg would prevent further damage after it was in place. 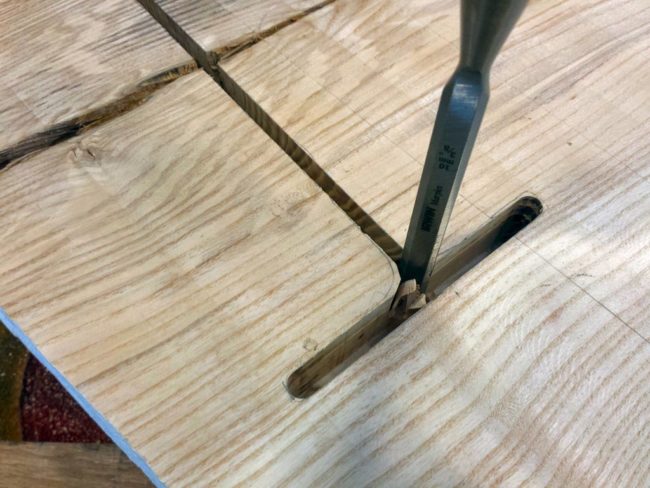 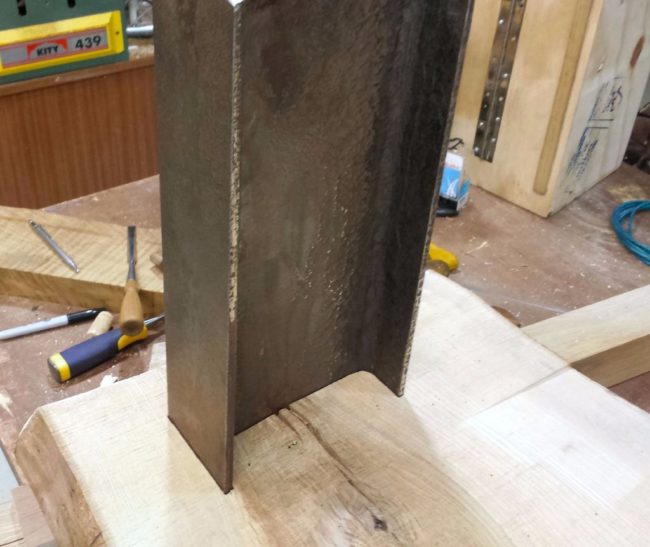 He added more resin to secure it in place and seal the split. 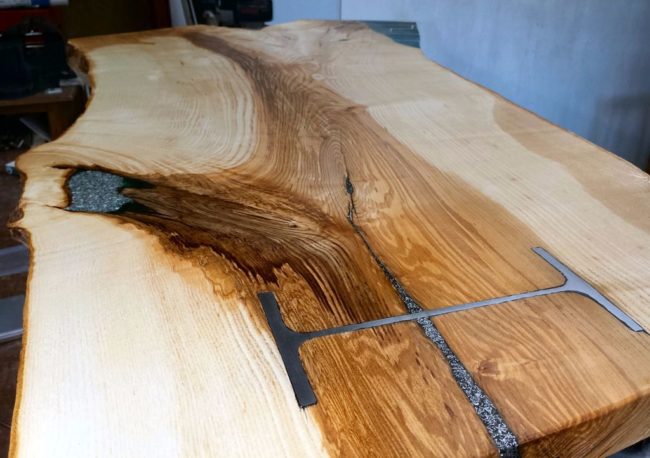 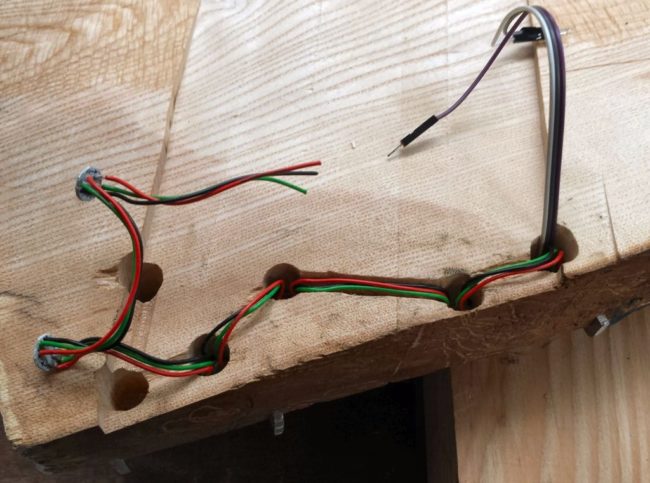 There are little LEDs all over the tabletop. 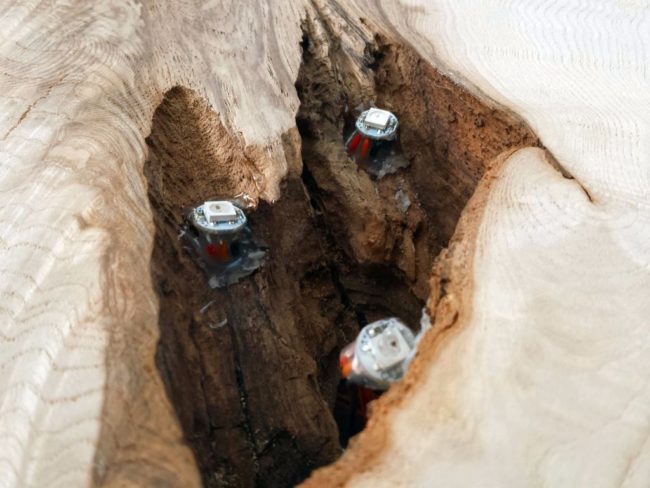 More resin sealed them in place. 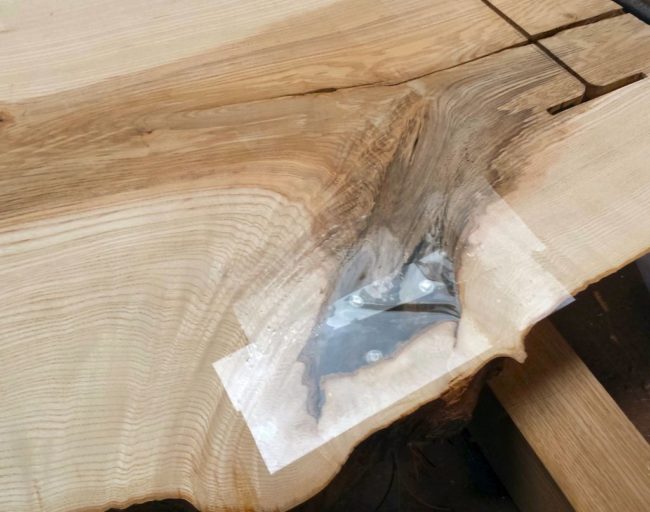 This was the end result… 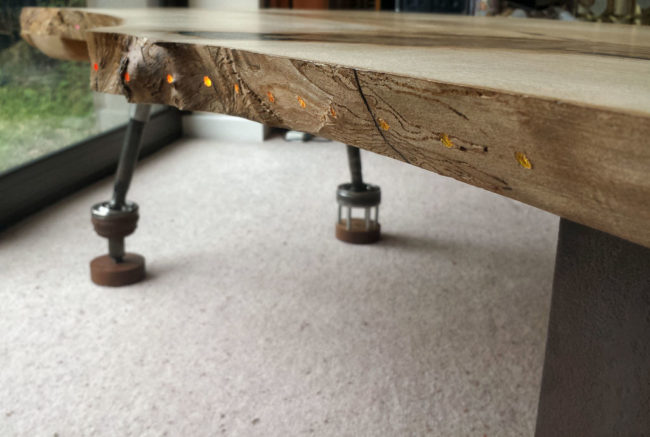 But check out what happens when he turns music on!

If you’d like to check out the entire table build, visit the tutorial here.

For other awesome projects from this particular crafter, visit his Facebook page.