If there’s anyone who deserves gainful employment, it’s veterans. However, after returning from three post-9/11 deployments, Clay Luthy wasn’t having an easy time finding a job.

Luthy’s service to our country left his knees in poor condition, eventually requiring multiple surgeries. Unable to re-enlist in the Air Force, he retired and began searching for work as a civilian. Despite his sacrifices, many companies weren’t willing to hire him. The reason? His service dog, Charlotte.

When Luthy showed up for a job interview at a Lowe’s in Abilene, Texas, he wasn’t sure how the company would react to his situation. Would they be willing to accept an employee with a service dog? 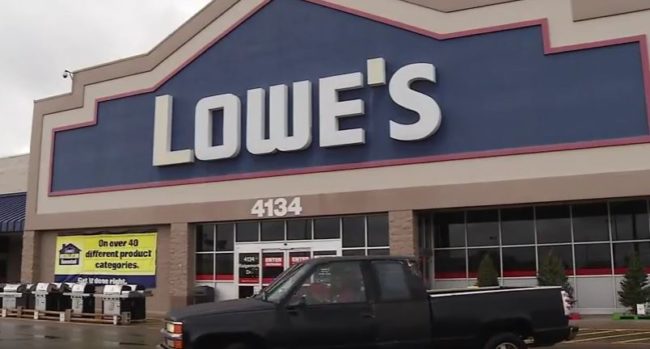 Fortunately, the answer was a resounding yes! Lowe’s hired Luthy and Charlotte, and outfitted them both with classic red work vests. On December 4, the pair went viral on social media after a customer posted the picture below. 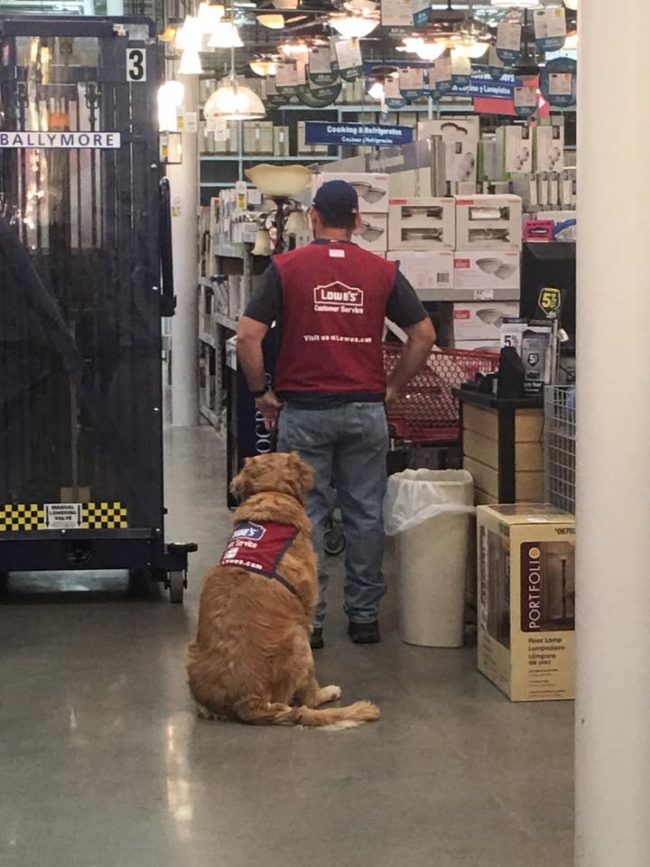 The store’s human resource manager, Jay Fellers, told The Dodo, “We didn’t realize he was having a difficult time finding a job. He applied here and went through a normal interview process, and brought Charlotte in as part of the interview. He told us about Charlotte, and how she supports him. He ended up being our top candidate.” 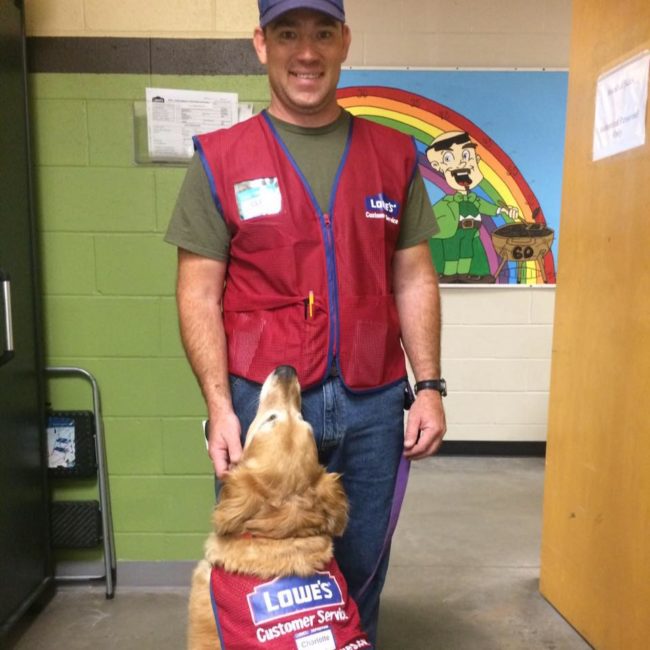