About an hour north of New York City is a mysterious house located in the quaint town of New Hamburg, New York.

Although the home is a community fixture, no one really knows who lives there, if anyone. Normally, it’s pretty easy to tell if a house is abandoned or not, but the John Lawson House (as it’s called) is no ordinary home.

In fact, it’s pretty terrifying. You see, while locals have never noticed anyone coming in or out of the house, the porch is always occupied by groups of creepy-looking mannequins.

This is what the porch looks like on an ordinary day. Those people lounging in the rocking chairs? They’re mannequins, fully dressed in early 20th-century clothing with freaky, painted-on faces. 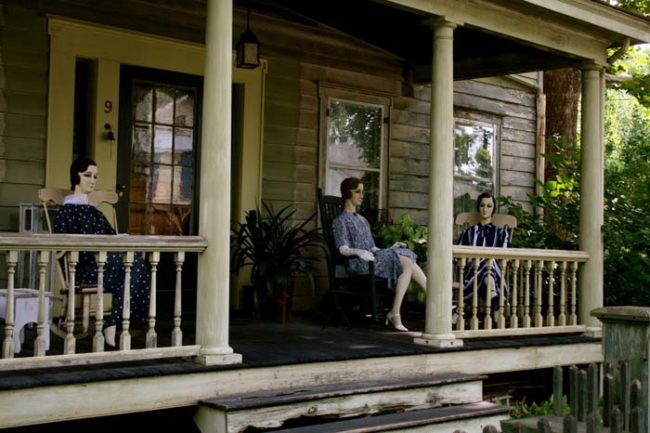 The John Lawson House is located not too far from the New Hamburg train station. Over the years, the train station has been the site of several deadly crashes. On top of that, back in 1877, the home was the only one on the street to survive a fire that ravaged the whole neighborhood. 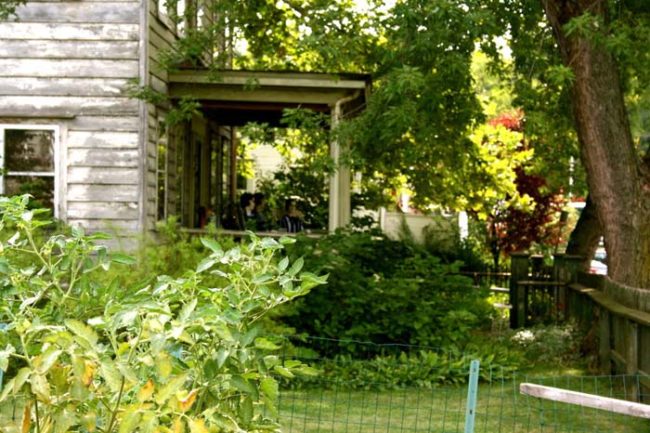 Some believe that the mysterious mannequins might have something to do with one of the tragedies that befell the town. 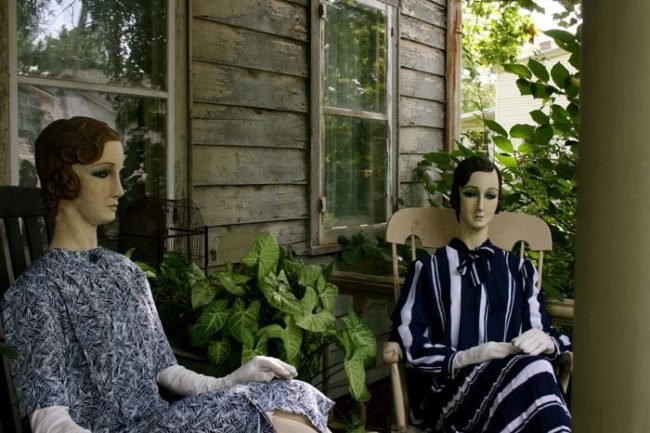 What’s creepy is that the mannequins’ clothing is regularly changed, and when it’s raining, they’re mysteriously absent. This points to someone living in the home and caring for the mannequins, yet neighbors have never seen them. 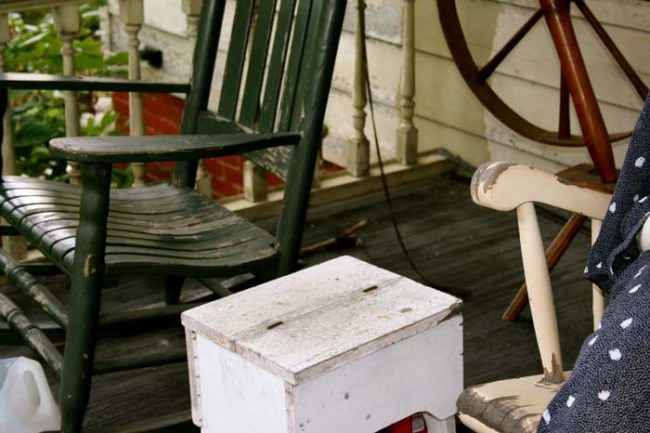 Someone once saw faint lights through the windows, but when they knocked on the door, no one answered. 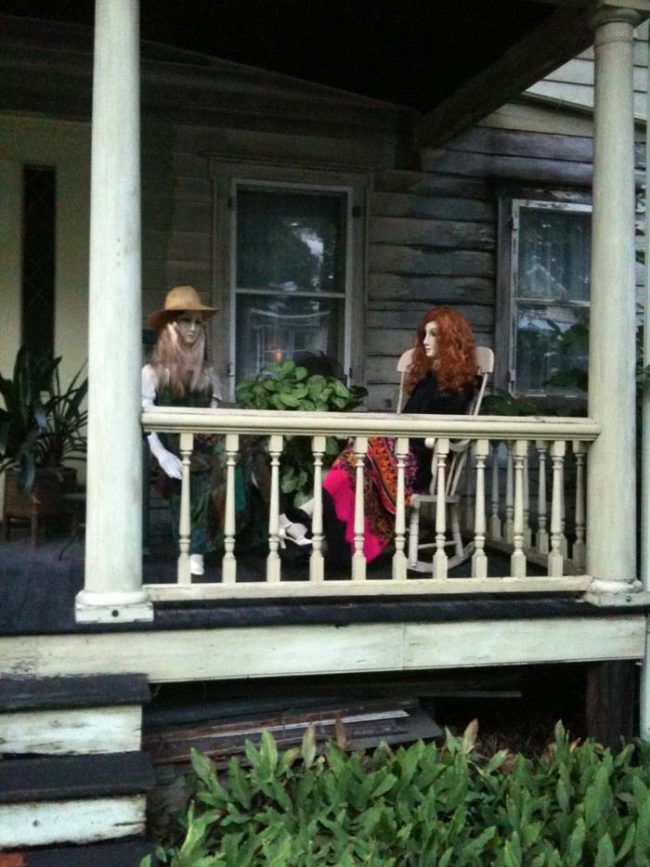 I’m not sure why the creepy figures are there, but I will say that they probably deter criminals from getting too close at night. I know I’d never step foot on that porch in the dark. 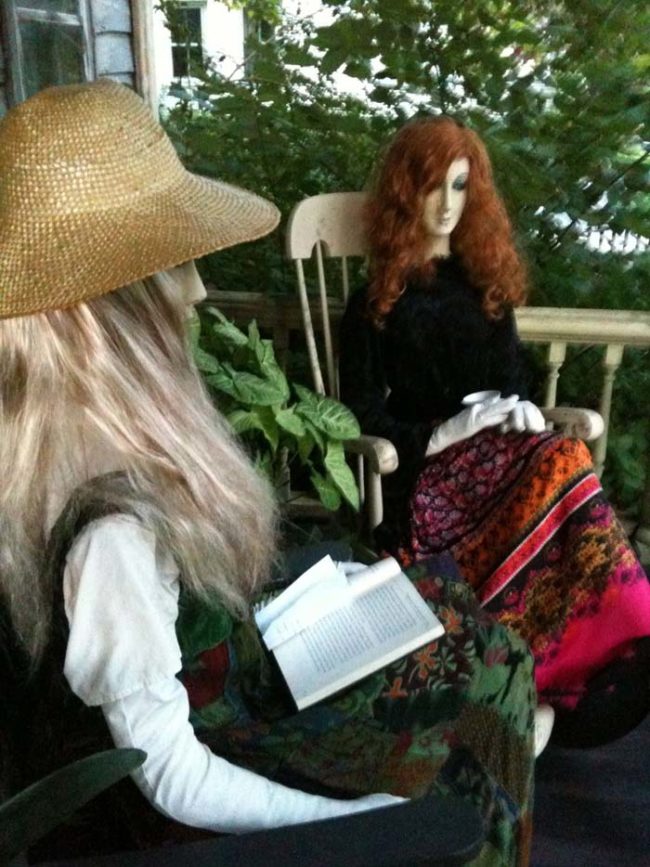 What’s scary is that I went to college near that town and never heard about this legend. I think I may have to take a trip upstate.