If you ever travel to France, there’s an extremely adorable reason why you need to visit the Island of Rhea, or Île-de-Ré, near La Rochelle.

While the place is beautiful in and of itself, what makes it even better are its furry residents, the Poitou donkeys. The first thing you’ll notice about them isn’t their size, or even their long, shaggy coats. What will really catch your eye are the pajama pants that they’re wearing.

Taken from the Poitou province, these animals were used to work in the island’s fields and salt marshes back in the day. They’re one of the largest donkey breeds and are strong enough for intense physical labor.

To stop mosquitoes and other bugs from biting their legs on the job, their owners made pants out of old fabric and put them on the donkeys every day before they started working. 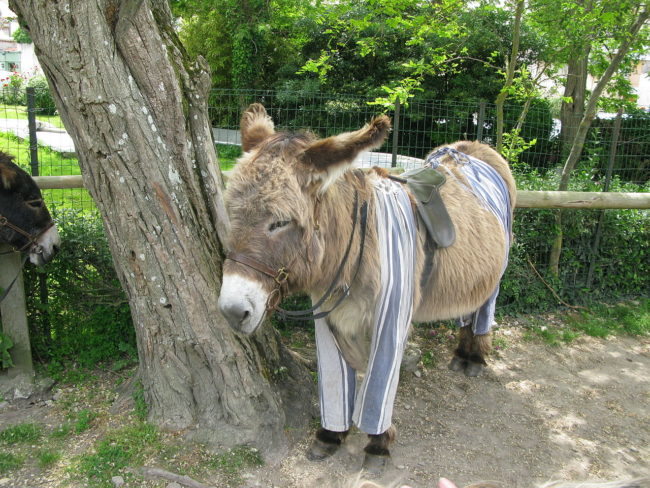 After World War II, machines began replacing the donkeys and people stopped breeding them. There was no longer a demand for the animals, so their numbers dropped down to just 44 in the entire world by 1977.