Head transplants and reviving the dead both sound like science fiction, but did you know that scientists actually attempted these experiments on dogs in the past?

Soviet scientist Vladimir Demikhov is considered a pioneer for his work involving organ transplants during the 1940s and 1950s. While nobody can deny that he greatly contributed to the future advances in these medical procedures, his experiments were also quite disturbing.

He created dicephalic, or two-headed dogs by transplanting the head and upper body of one onto the other, but they never survived for long. He attempted this more than 20 times. 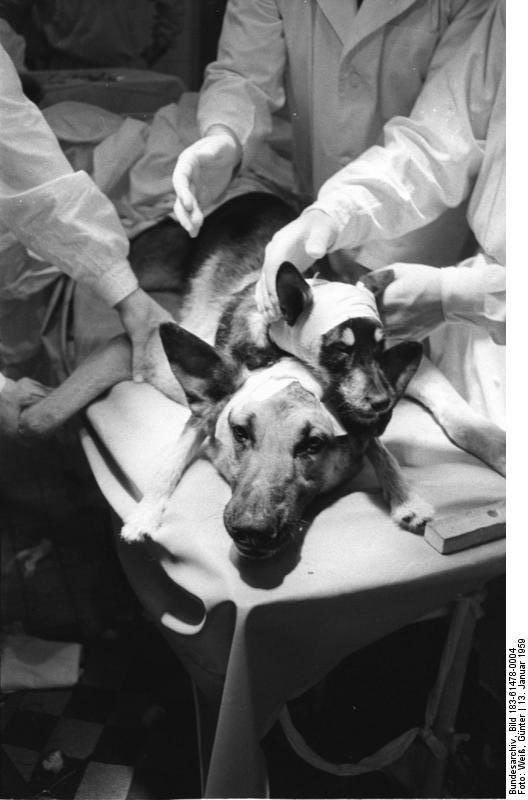 Demikhov isn’t the only person to use dogs in his research, though.

In 1940, the Russian film “Experiments in the Revival of Organisms” was released. It documented Soviet research into the resuscitation of organisms that were clinically dead, including reanimating a dog’s severed head. Nobody knows for sure whether it is real or not (and many hope that it isn’t), but what it depicts has definitely been attempted by other doctors.

You might find the contents of this video disturbing.