Robert Hoge may not have looked like a “normal” baby when he was born in Australia 44 years ago — but that is precisely what makes his story so unbelievably unique and special.

Robert was born with a giant tumor on his face the size of a tennis ball. His legs were also deformed to the point doctors had to amputate them.

In the days following his birth, Robert’s mother was so shocked about his appearance that she refused to see him. She refused to take him home.

For several complex reasons, Robert’s mother really struggled with her son’s deformities, and she was incredibly open about said struggle.

But before you judge, you should know that Robert’s mother is not a villain in his life’s story.

Wait until you meet this incredible man today, at 44 years old, and hear how his mom impacted his life in such a surprising and unexpected way…

44 years ago, a mother of four healthy children gave birth to her fifth child, a baby boy with severe deformities.

Robert Hoge of Australia was born with deformed legs and a massive tumor between his eyes.

Robert’s parents were so stunned by his face that his mother refused to see him for a whole week after he was born. She didn’t want to take him home. In fact, she was so horrified that at one point she said she wished he would die.

“He is so ugly,” she told her sister. 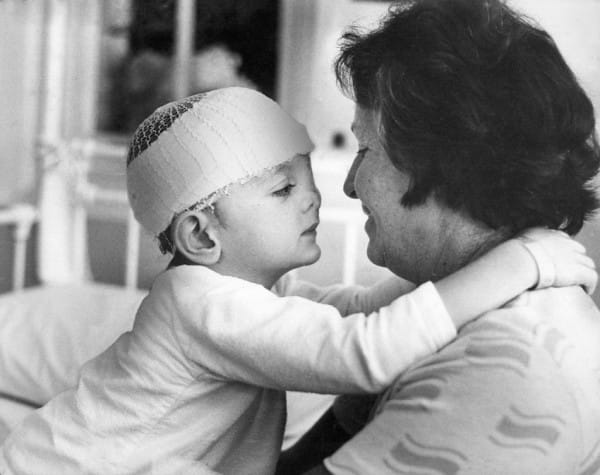 Eventually, Robert’s mother had a change of heart. She grew to accept her son’s appearance. After a pivotal family meeting, it was decided that Robert would come home. His four siblings all agreed they wanted Robert to be a part of their family.

On one hand, it may seem easy to villainize Robert’s mother. But on the other, incredibly, he has come to understand and defend her initial concerns — and that is all that matters.

Robert says she was overwrought about raising a child with special needs, and terrified at the thought of Robert and her family being bullied and ridiculed because of his appearance.

With a sturdy family dynamic in place, Robert underwent surgery with proper care and support. Surgeons removed the tennis-ball-sized tumor and constructed a nose for him using cartilage from his toes.

However, Robert’s legs were in such poor condition that doctors had to amputate them and replace them with prosthetics. 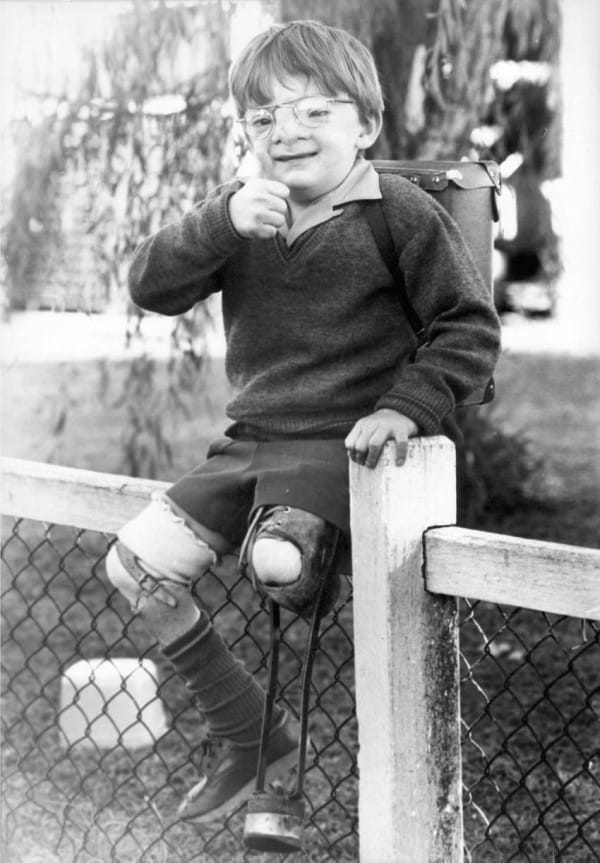 In September 2016, Robert Hoge explained to NPR how and why he knew so much about his mother’s initial feelings about him — and why he had come to accept and learn from them.

“The reason I know all of that was because one of the doctors at the time encouraged my mother to keep a diary. And she kept this lovely blue diary with beautiful handwriting in it and that was never hidden away from me. It would sit on the couch beside her, or it would be on her bedside table. … And every now and then I’d ask mum to read me a bit from her book. And so she was really open and honest in that book about her feelings about me, and she was really open and honest with me from a very young age about her feelings.

And I think I had a few times where I was a bit concerned and a bit worried and couldn’t quite understand, but I think then it just clicked one day that it was like a movie that has some sad parts in the middle but has a happy ending. I was finding all of that out after knowing that my parents had decided to bring me home.” 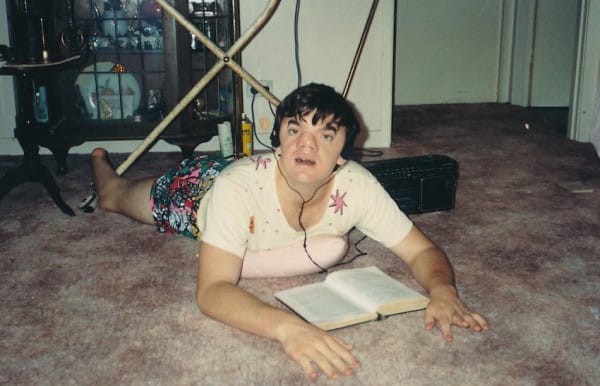 Robert told Miranda Bryant for Daily Mail Online that he only has positive feelings towards his mother and that his entire family was “amazing, loving and caring.” 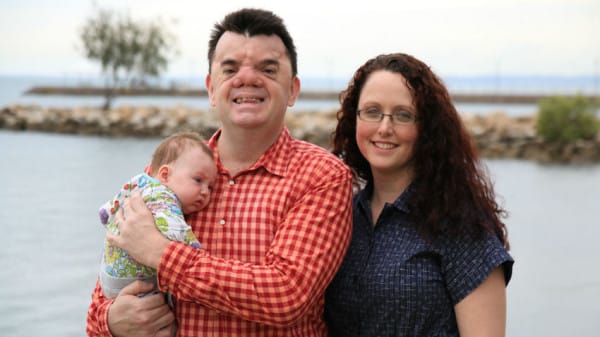 By the time Robert turned 30, he was a devoted husband and father. He says his mother’s memory helped him navigate fatherhood.

Robert, his wife Kate and their two daughters reside in Wynnum, a beautiful suburb on the shores of Moreton Bay in Brisbane, Australia. 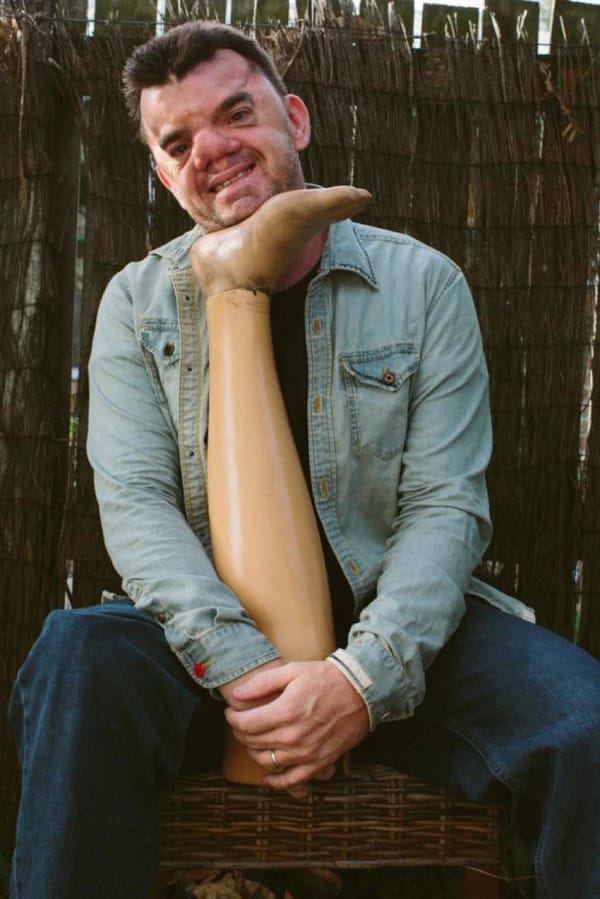 Robert found work as a successful journalist, then went on to become a public servant, motivational speaker and author.

He injects humor, honesty and self-deprecation into his writing.

For example, he captioned the photo above — which he posted on his Facebook page — with the following:

I promised some more author photos and I think we’re all in need of some levity at the end of this week, right?

This is the photo I’d use if there was an online author dating site (and, you know, I was dating). 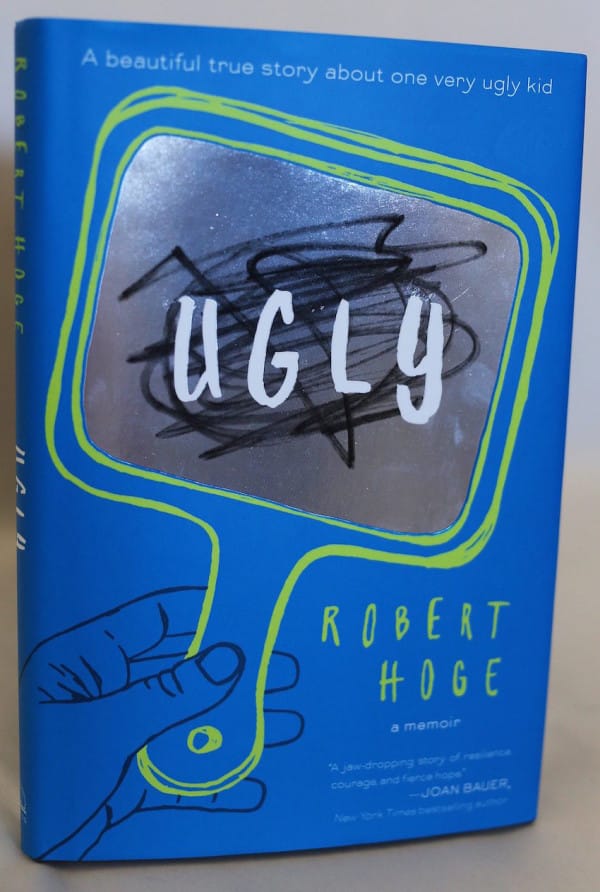 In 2013, Robert put his writing skills to use by penning his memoir entitled Ugly.

One reviewer on Amazon says, “This is a touching account of an innocent boy growing up thinking he was normal but slowly and sadly discovering that he wasn’t, in a society obsessed with good looks. And how he blossomed by not only accepting but celebrating who he is in the midst of what our society shuns and look away from.” 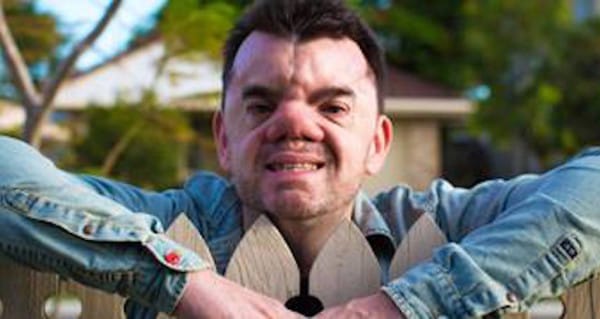 Robert is sharing his unbelievable story to help encourage others to accept themselves for who they are.

He has rejected further surgeries that would make him look more conventional.