Technology is great and all, but keeping track of all my charging cords can be more of a hassle than it’s worth.

Honestly, I spend more time throughout the week untangling my phone charger than I do actually charging my device. Along with unmatched socks, dealing with lost, tangled cords might be my biggest pet peeve. Thankfully, one awesome Redditor found a solution to all of our technology woes.

SigmaEpsilonChi was tired of his tangled electronics chargers overtaking the house, so he decided to build a charging station that could house all his cables in one convenient place. And if that isn’t awesome enough, the entire thing is retractable! Seriously, you need to see this.

He purchased a nightstand on Craigslist to serve as the base for his charging table. 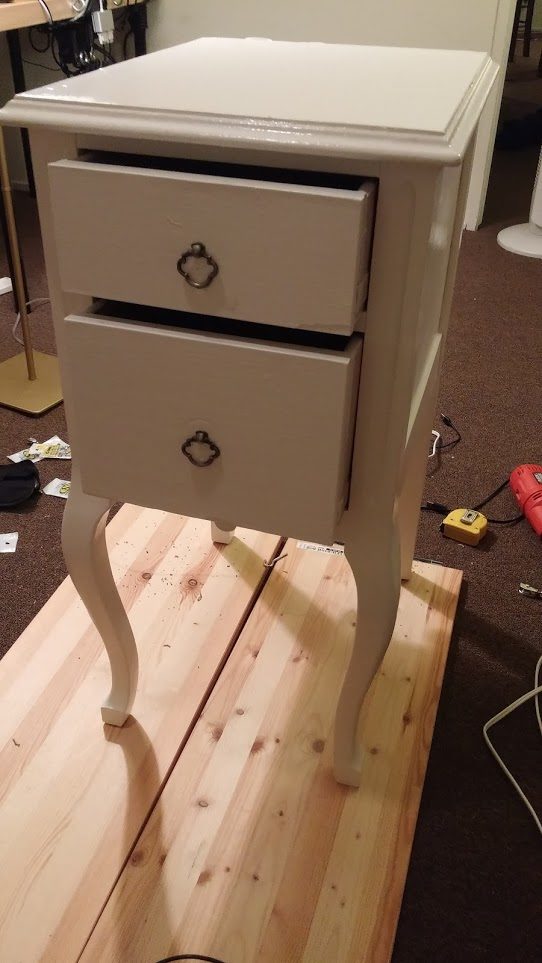 He began by drafting a sketch of the charging table and compiling a shopping list of everything he needed. 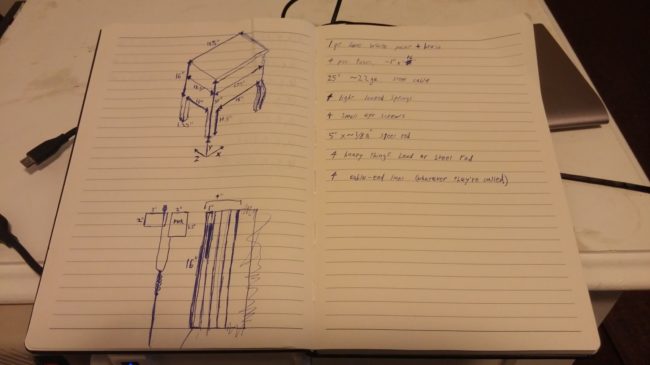 The nightstand then got a fresh coat of paint. 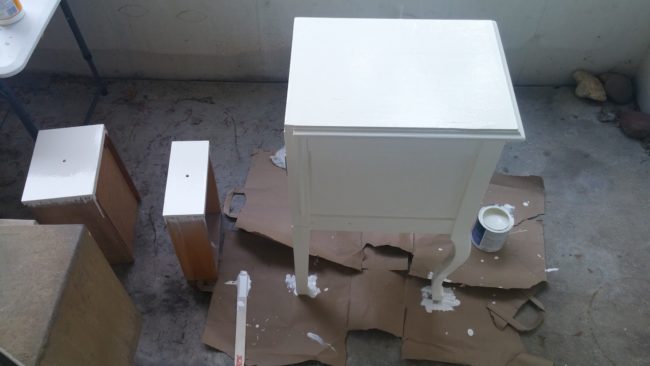 He began working on the weight mechanism by drilling two holes on each end of four aluminum tubes. 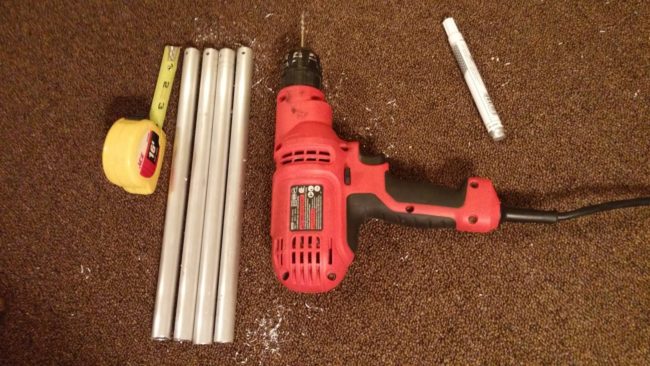 He used vinyl tape to form the base around the tube and stuffed a steel rod inside each one. 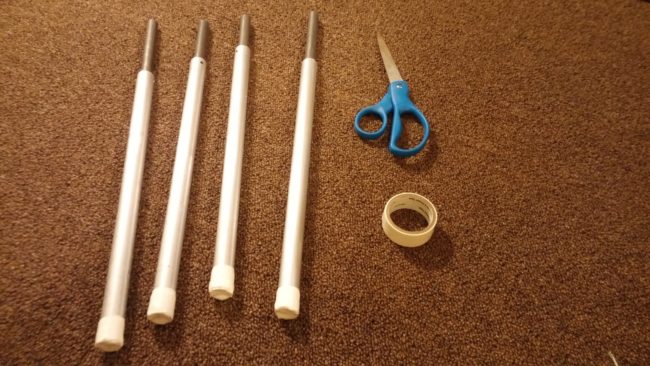 They were then slipped inside PVC pipes that would eventually serve as weights. 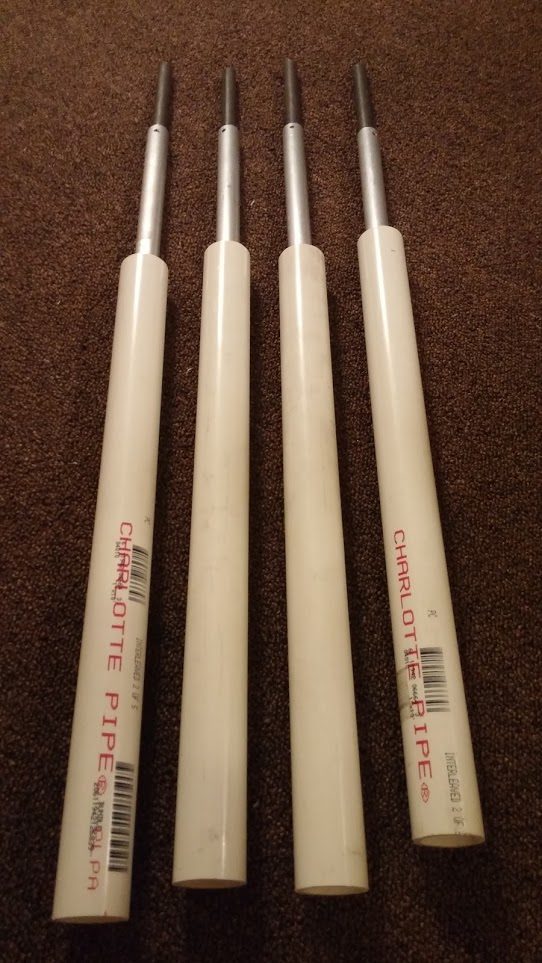 Using twine and some S-hooks, he created attachment points for the mechanical parts. 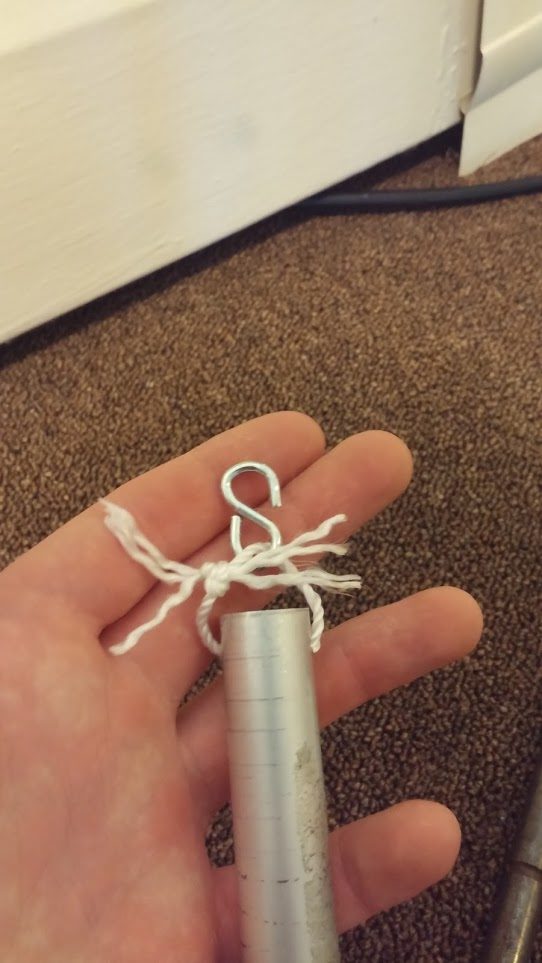 To hold the pulley system together, he attached some L-screws to the posts. 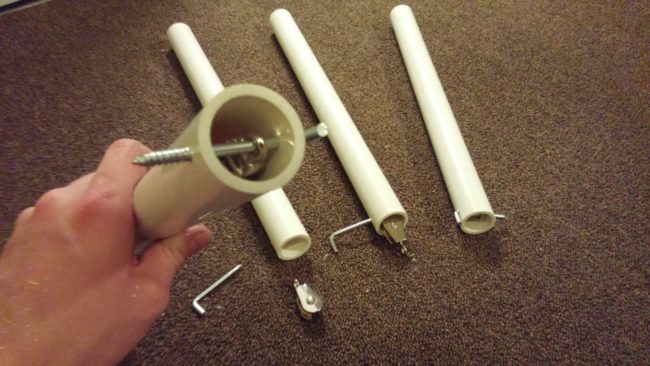 After that, they were hooked onto the nightstand. (Watermelon slice is, of course, optional.) 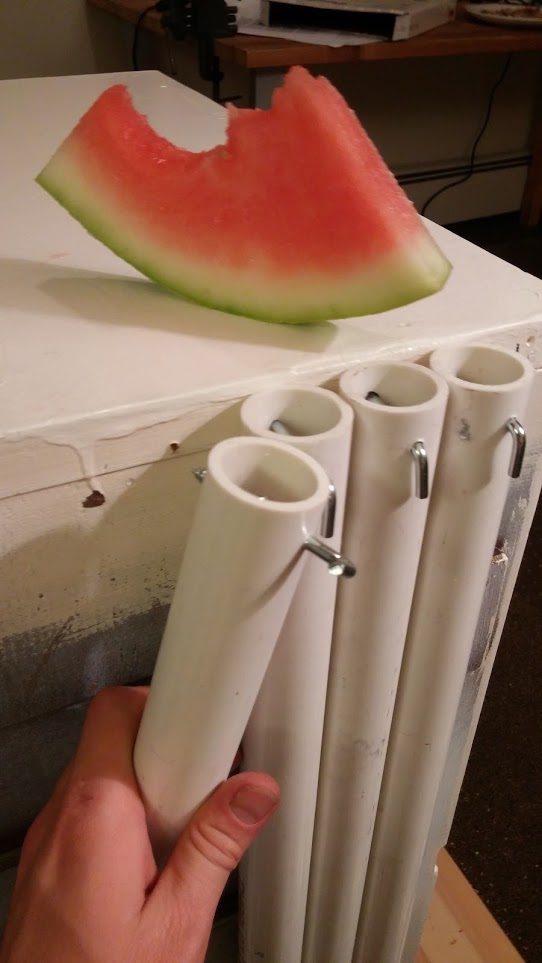 Screw eyes were added to help guide the directionals. 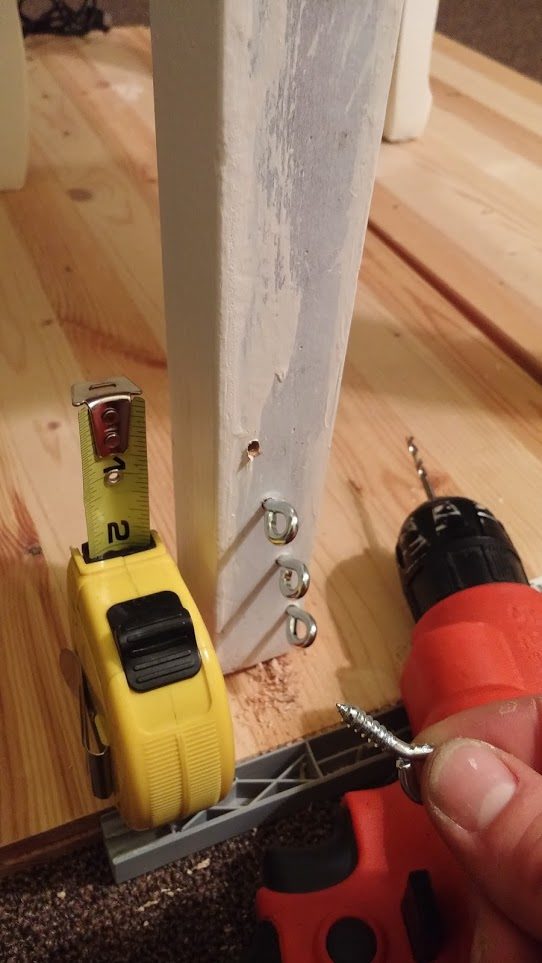 The pulley system was coming along quite nicely. 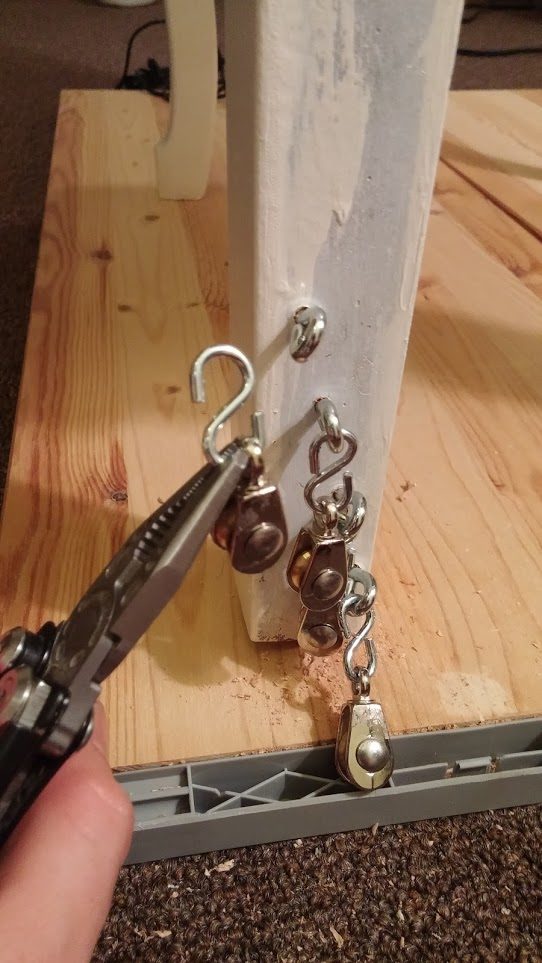 He attached the charger block to the table with mounting tape. 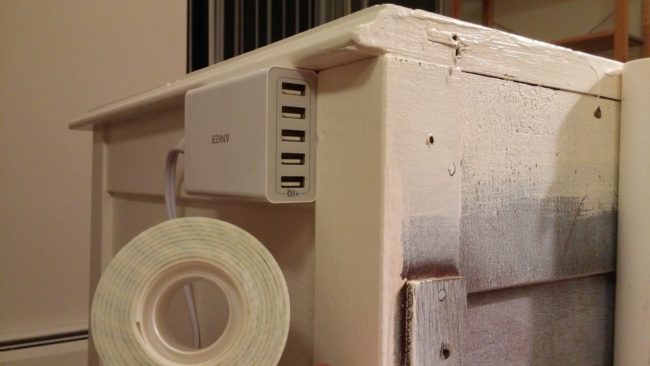 After a failed test of the pulley system, modifications had to be made. 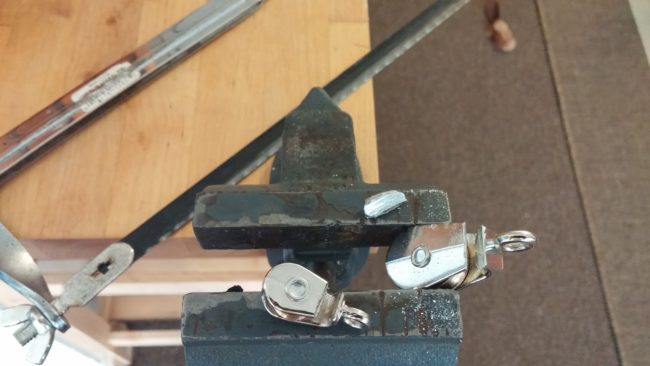 He simplified the redirection mechanism and attached the pulley directly to the weight. 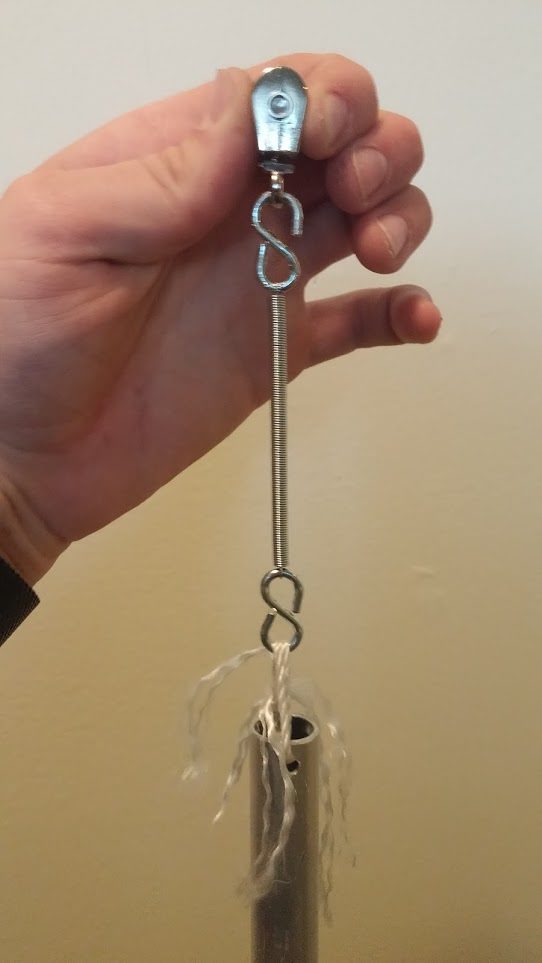 Then he harnessed the chargers into place with screw eyes and string. 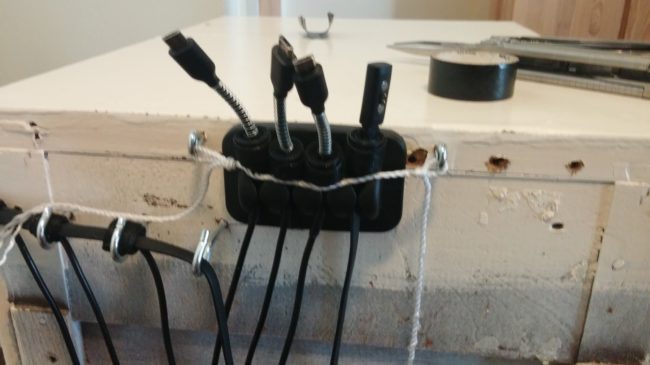 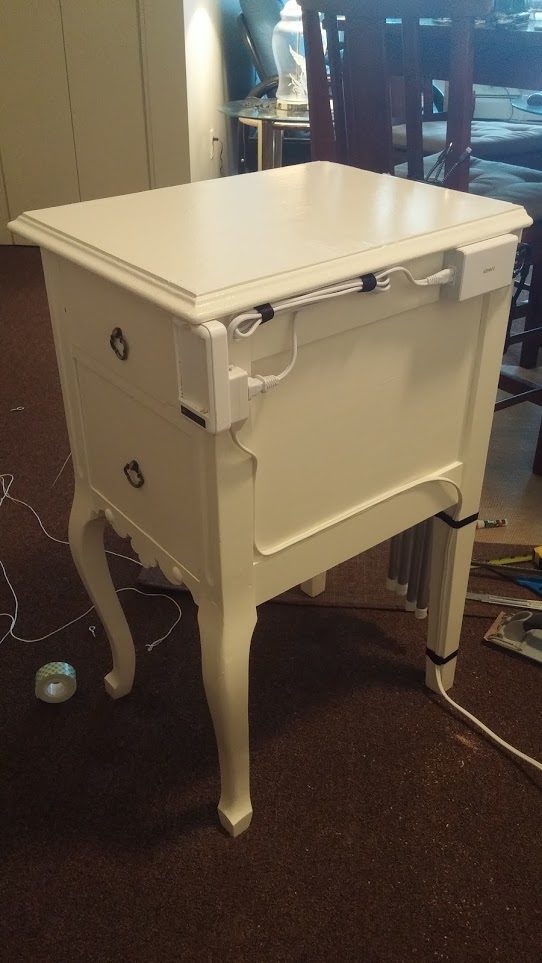 With the mechanics finished, the time had come to try out his retractable charging station. 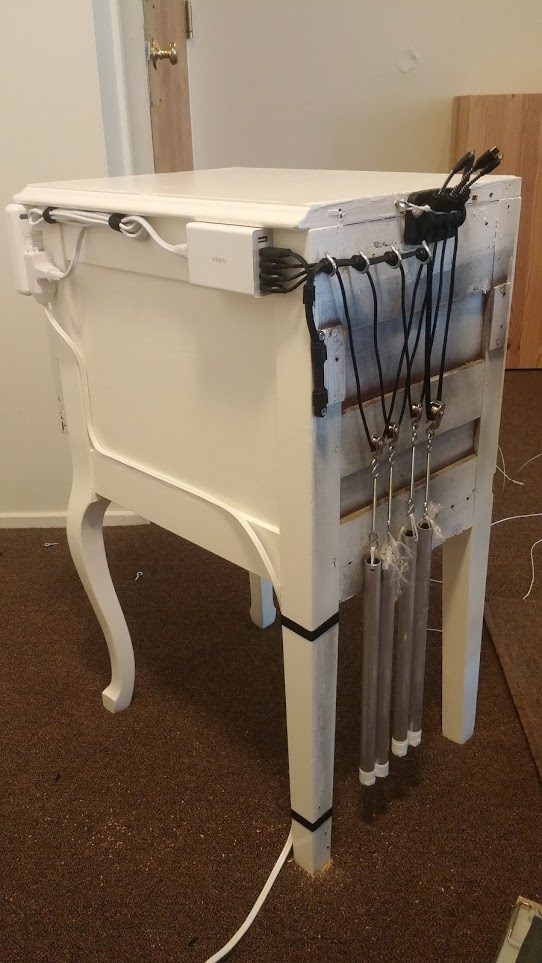 This works so well!

So many devices, one convenient charging location. The best part? Absolutely no tangled mess! 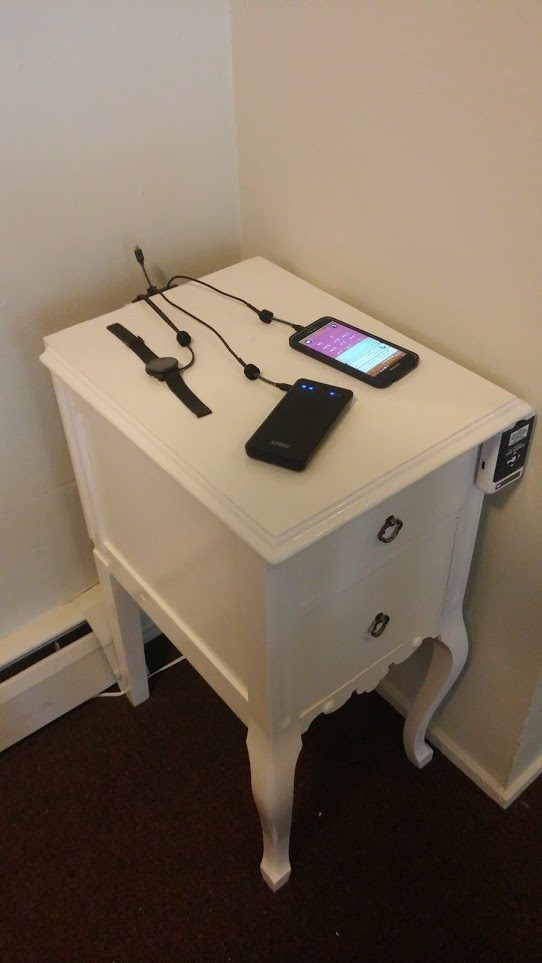 I’ve seen my fair share of DIY projects, but this one has to be the coolest. If you want to try your hand at creating this life-changing charger table, you can find the full instructions here.