Christmas morning can be incredibly exciting, even as an adult.

It’s the one time of the year we get treated by our friends and family — or even treat ourselves. When I get something I want that I’m not expecting, I’m overcome with joy. That’s what happened to Andrew Woodard, who let out a scream when he received a Playstation 4. His friend Jessica Freeman was filming the event, and she caught something she wasn’t expecting on film. (Spoiler alert: It’s hilarious.)

A cat in the house jumps out at Woodard and latches on to his head, doing a number on his ear in the process.

Read More: When This Koala Showed Up Covered In Burs, She Let A Kind Stranger Help Her Out

The cat’s attack was so vicious that Woodard needed stitches afterward. He has a sense of humor about it all, making the photo of his injuries his Facebook profile picture. 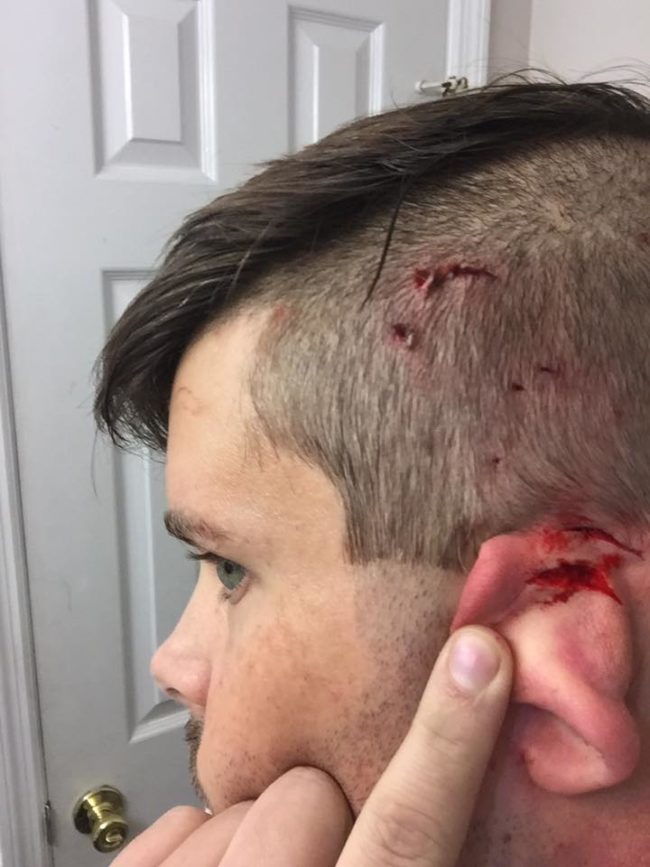