Taking a pregnancy test can make people experience all kinds of emotions.

One person might be scared while another might be hopeful. Usually they have one thing in common, though: the person peeing on the stick is a woman. Redditor CappnPoopdeck, whose post received more than 1,500 comments, recounted a story of a friend taking a pregnancy test for laughs. What the internet helped him find, however, may have saved the jokester’s life.

He posted this “rage comic” describing his friend’s experience of finding the pregnancy test and getting the positive result. 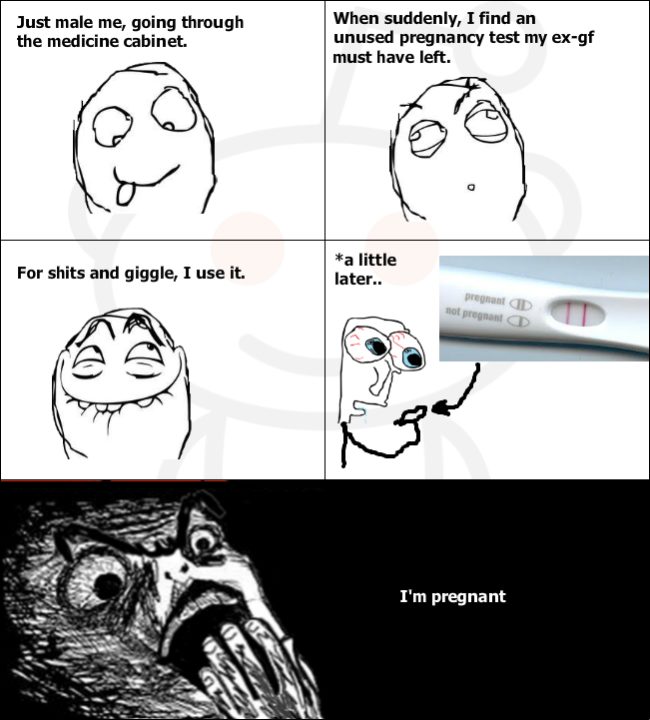 Read More: Chinese Family Buys Cadaver To Bury With Son. The Only Downside? She’s Not Dead

Other Redditors were quick to point out that this could be a sign his friend has cancer based on how pregnancy tests detect hormones.