Nothing screams summer luxury quite like having an in-ground pool to come home to when the weather’s warm.

And nothing says “I’m going to spend an exorbitant amount of time and money on maintenance” quite like having an in-ground pool either. They might be beautiful, but they also require a lot of upkeep. For that reason, most people opt for above-ground pools when it comes to beating the heat.

But who says you have to sacrifice luxury when you go with the latter option? Not this guy.

If you want to bring a little life to your above-ground pool with one seriously beautiful deck, check out crafter FoxK56‘s project below! 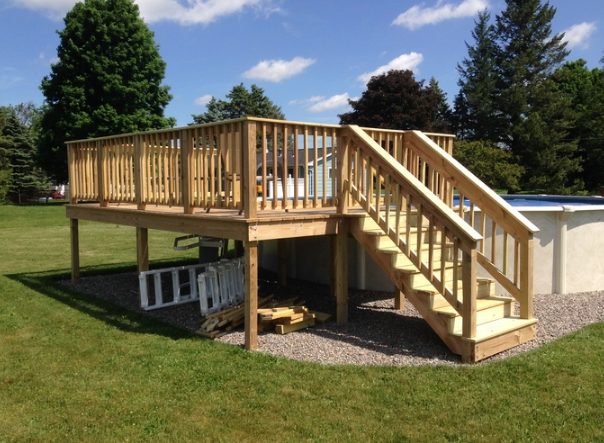 After clearing some space next to his pool, the builder created a temporary frame. 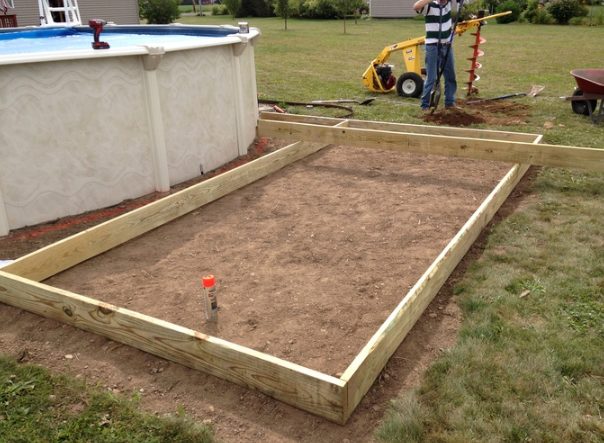 With some help from his father-in-law, he dug holes that’d eventually hold support beams. 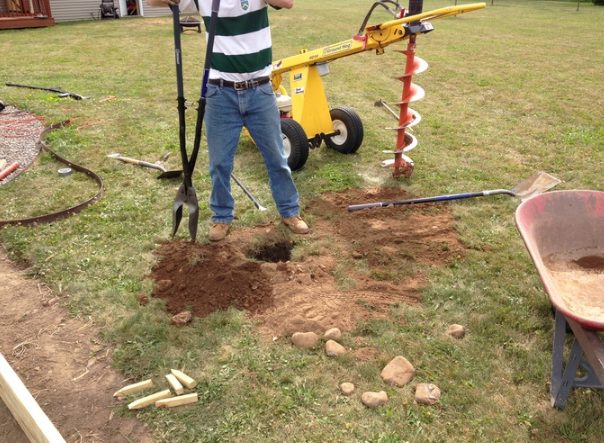 He used an auger at first, but rocky soil conditions gummed up the works. Doing it the old-fashioned way ended up working out better!

Every hole was dug deeply enough to get past the frost line. 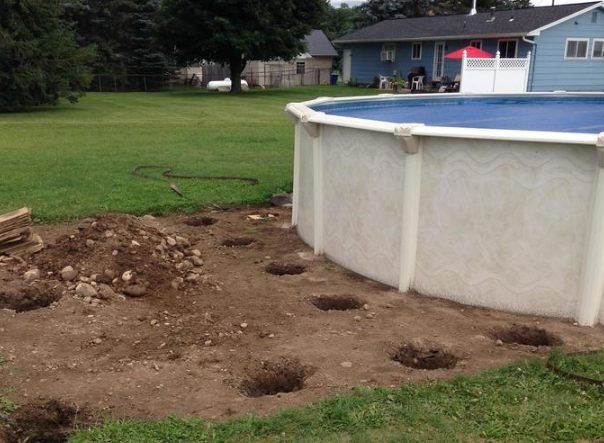 By adding plastic standoffs to the bottom of each post, he ensured that the wood would not come into direct contact with concrete. That’d prevent it from rotting. 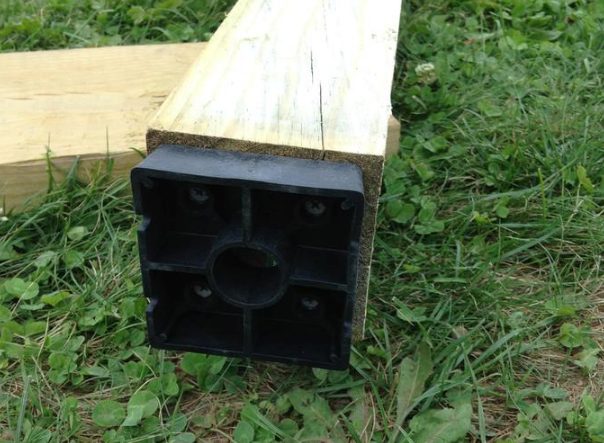 After pouring in a few inches of concrete, the beams were inserted. 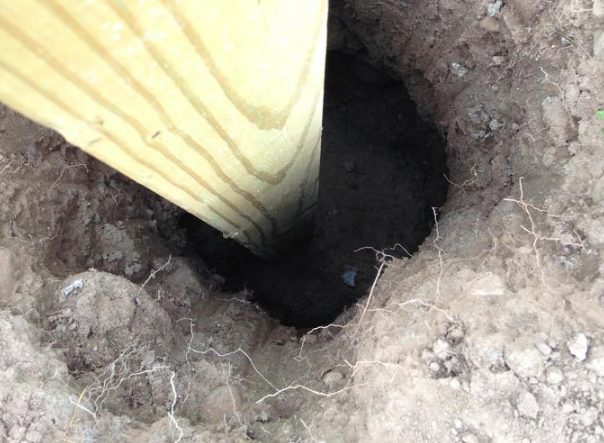 Those beams eventually formed the base of this rudimentary frame. 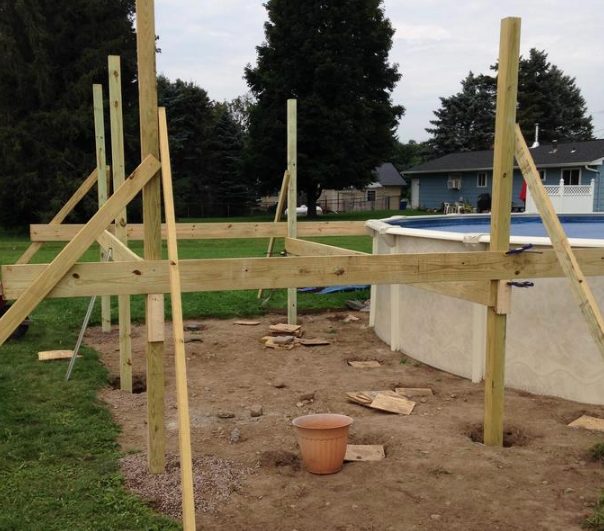 Instead of refilling the holes with soil, he used small stones to help with drainage. The more moisture you can keep away from wooden beams, the better. 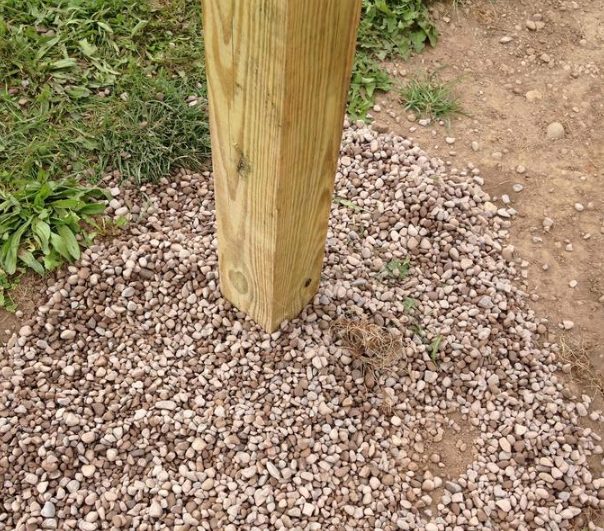 Once the frame was in place, he determined where the steps for the deck would go before mounting some stair stringer brackets. 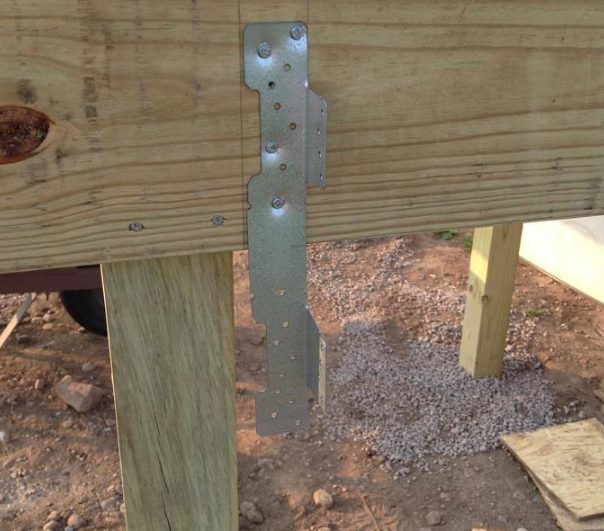 Although these walls look way, way too high, the crafter added those boards at the top to keep the main posts from twisting. They came off later! 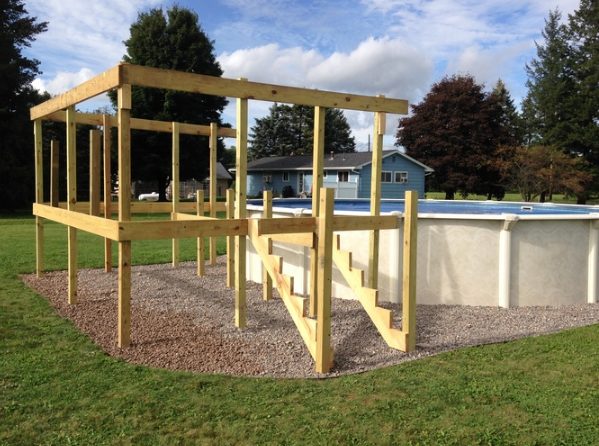 That’s when he installed the joints. 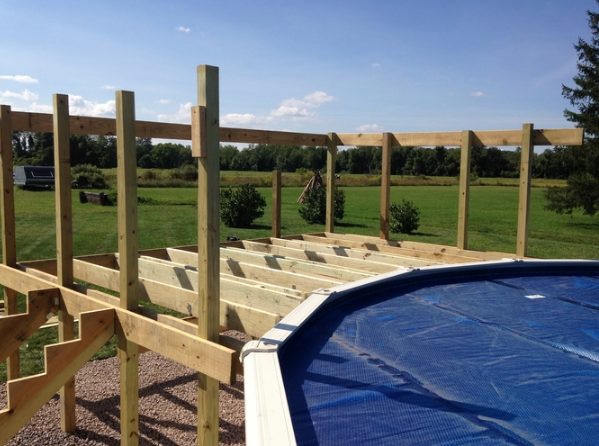 After those were fitted, the temporary supports were removed. 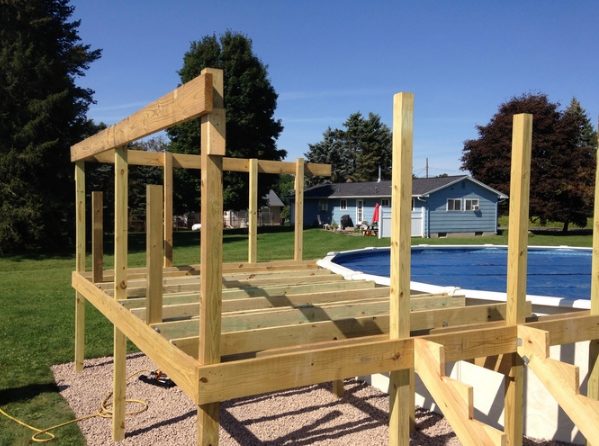 He then trimmed down the vertical beams. 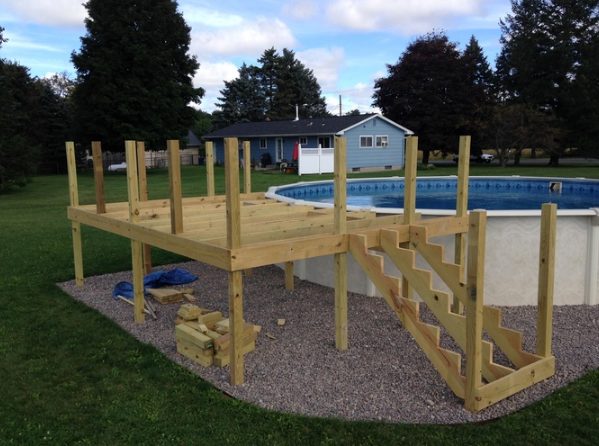 This is the template he used to map out where all of the bolts would go. 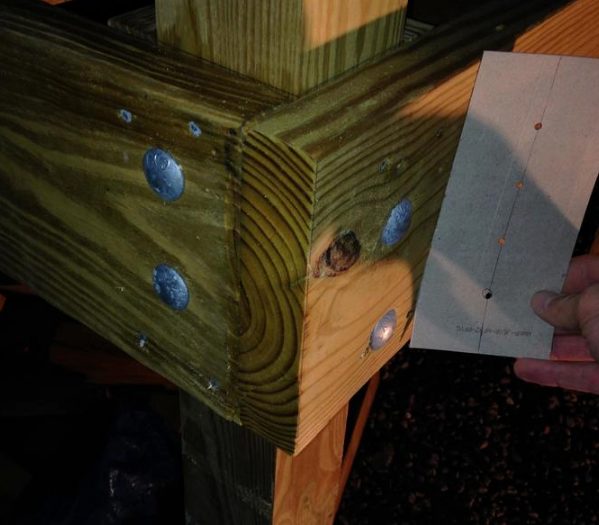 After screwing in some ties between the posts, he wrapped up for the winter and waited for warm weather to return. 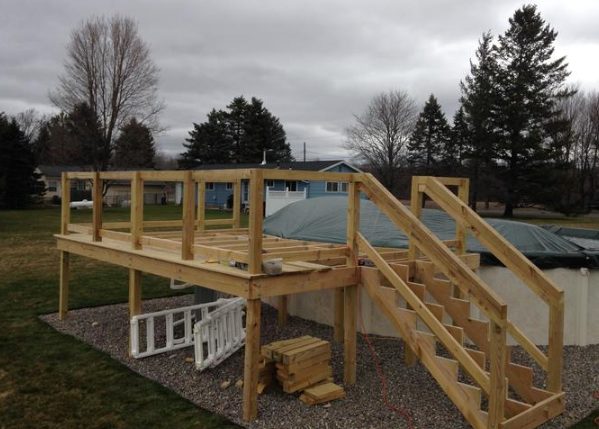 He got back to it in May of this year and wasted no time laying down the floorboards. 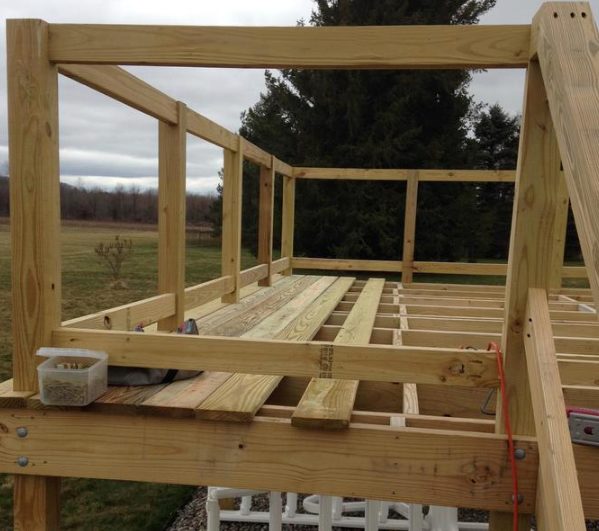 FoxK56 had to do some clever trimming when he got to the edge. 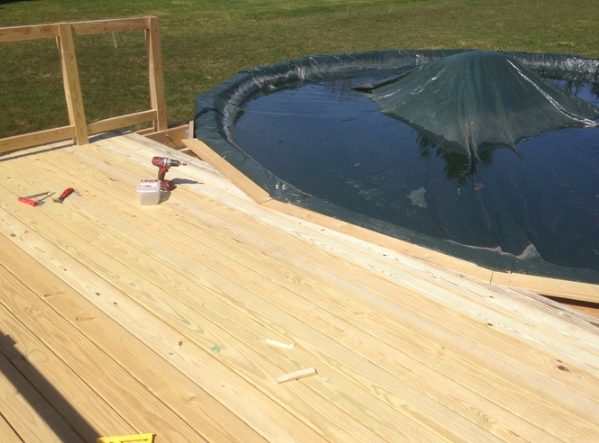 To ensure that each one was cut to the appropriate length, he laid the boards out, walked underneath the deck, and marked where he’d need to cut them with a pencil.

After months of hard work, he and his family were left with this gorgeous deck! 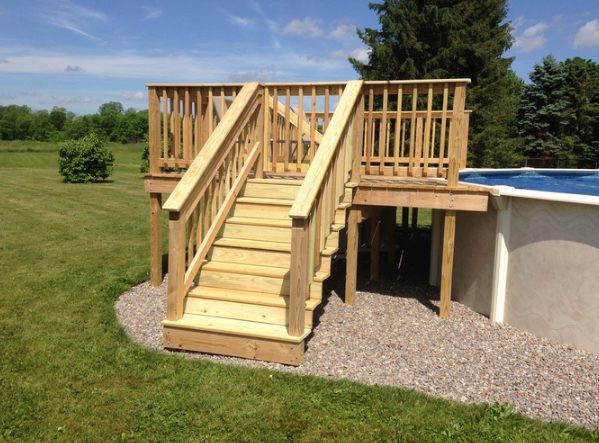 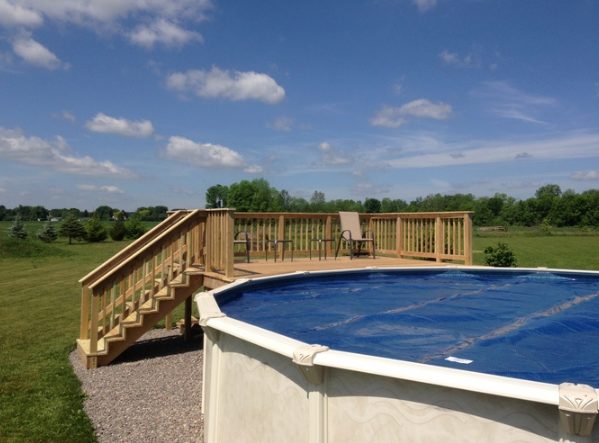 The builder provides full instructions in this post, so if you want to try it out, be sure to take a look! I think I know where I’ll be hanging out this summer. Hope that’s okay, man.