There’s nothing quite like seeing a polar bear in its natural habitat. Sadly, that’s getting rarer and rarer due to habitat destruction and climate change. 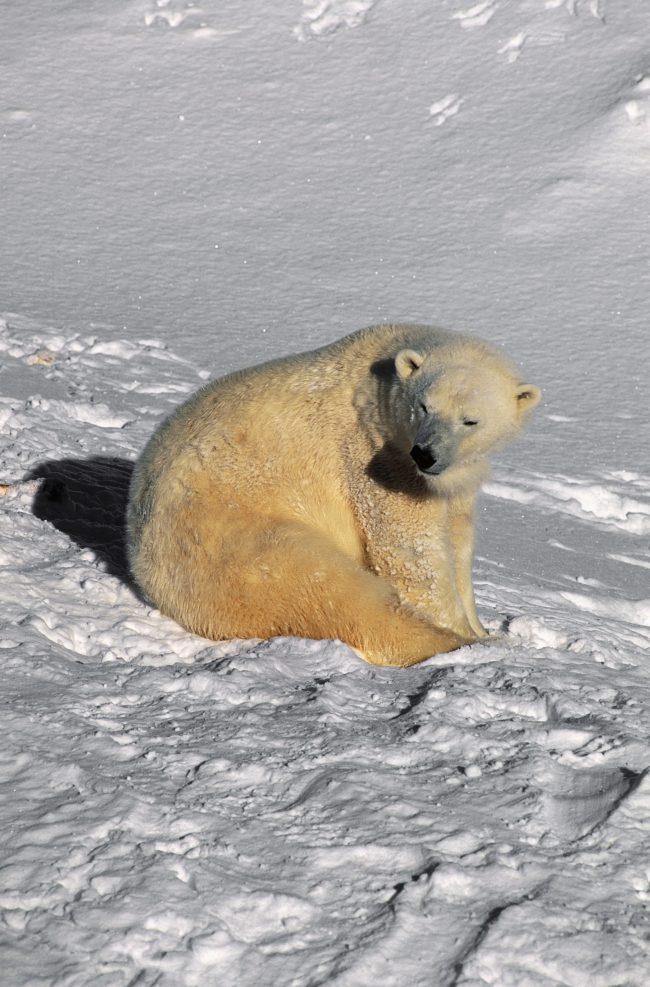 Read More: This Orangutan Was Baffled By A Magician’s Card Trick — Too Funny!

For that reason (among others), more and more polar bears are finding themselves in zoos, totally out of their element. 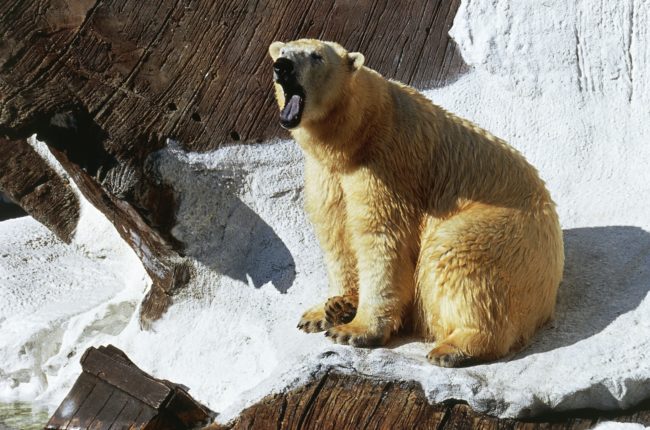 If you’ve ever seen polar bears at the zoo, you’ve probably noticed how sad they look. 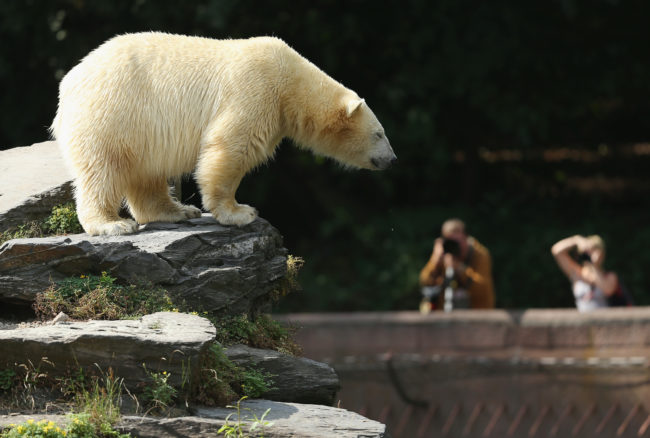 There are many pros and cons of keeping animals contained in zoos. And while some still try to create enclosures that feel real, one in China has been deemed the “saddest zoo in the world.”

Meet Pizza, one of two polar bears housed at the Grandview Mall Aquarium in Guangzhou, China. 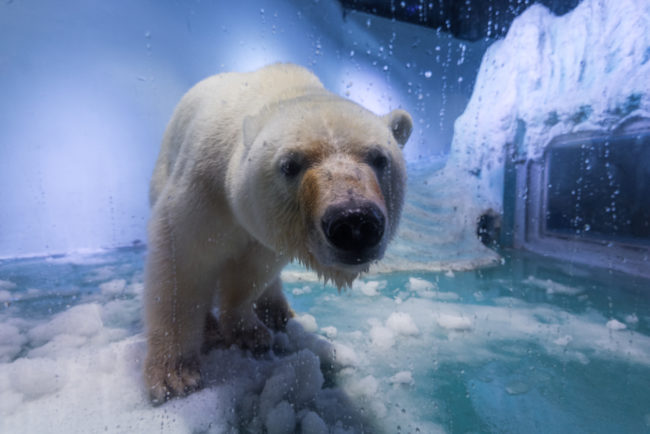 The Grandview Mall Aquarium is housed on the sixth floor of one of the largest shopping centers in all of Asia and has come under harsh criticism from PETA and other animal activist groups.

While the zoo may bring joy to thousands of visitors each and every day, the animals themselves are exposed to horrible living conditions. Many of the animals housed at the aquarium are malnourished and weak. Some have even begun showing signs of zoochosis, which is a psychological condition zoo animals often have to deal with in captivity.

This bear is losing its will to live and it’s truly tragic. 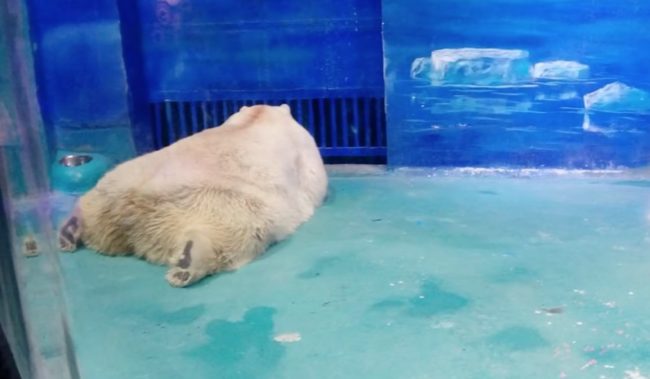 The two bears are being used and abused for amusement and are beginning to show signs of mental distress. 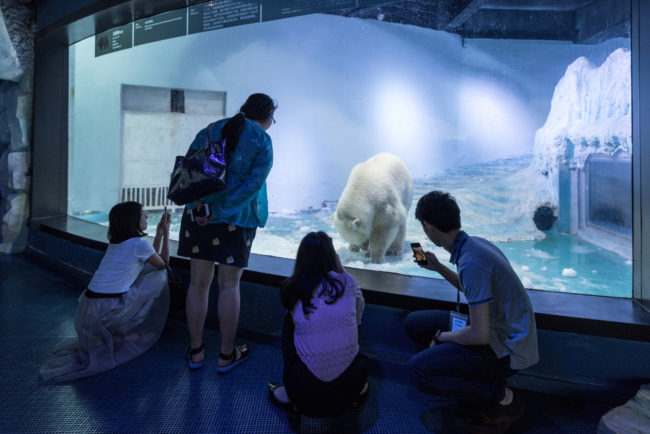 Pizza spends hours pacing back and forth daily, searching for any crack or crevice through which he can escape and begin to live out a meaningful life. 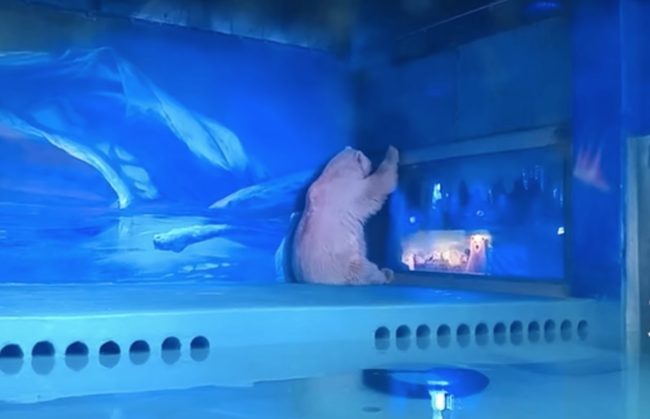 The team at Animals Asia has started a petition that is urging for the forceful shutdown of this multi-million dollar aquarium.

There are now over 1,000,000 signatures on the petition. Doncaster’s Yorkshire Wildlife Park in the U.K. has offered to take Pizza and many other animals to their 10-acre habitat park, but Chinese authorities refuse to let the animals leave China. More than 50 Chinese animal protection agencies have embraced the campaign and have sent countless letters to Zhu Xiaodan, the current governor of the Guangdong Province.

Throughout the campaign against the zoo, the general manager has firmly denied any mistreatment of the animals, specifically the housing of Pizza and the other polar bear. 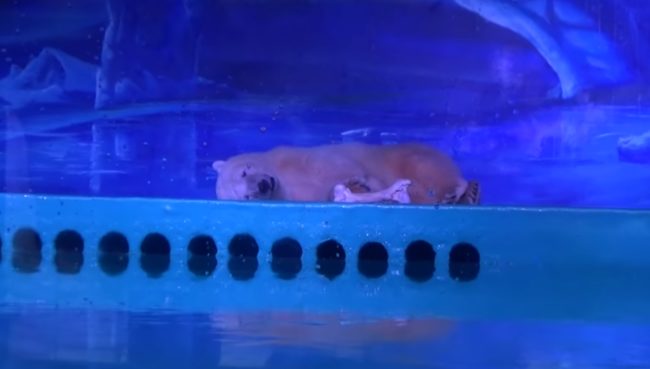 Read More: You Might Feel Bad For These Strange-Looking Chimps, But Watch The Chaos They Cause

To help put an end to the wrongful captivity of polar bears and more than 500 other species of animals at the Grandview Mall Aquarium, consider signing the petitions started by Animals Asia or PETA today.