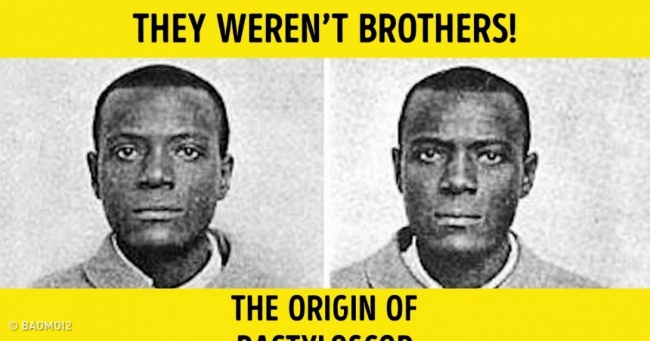 There are so many weird historical facts we don’t know about that sometimes it seems reality is way more exciting than fiction. We at FunnyModo believe that such stories make our world a more interesting place, and that’s why we decided to share some of them with you.

On November 17, 1952, the Prime Minister of Israel officially offered the presidency of Israel to Albert Einstein. The physicist passed on the offer, explaining that he lacked the ability to deal properly with people. 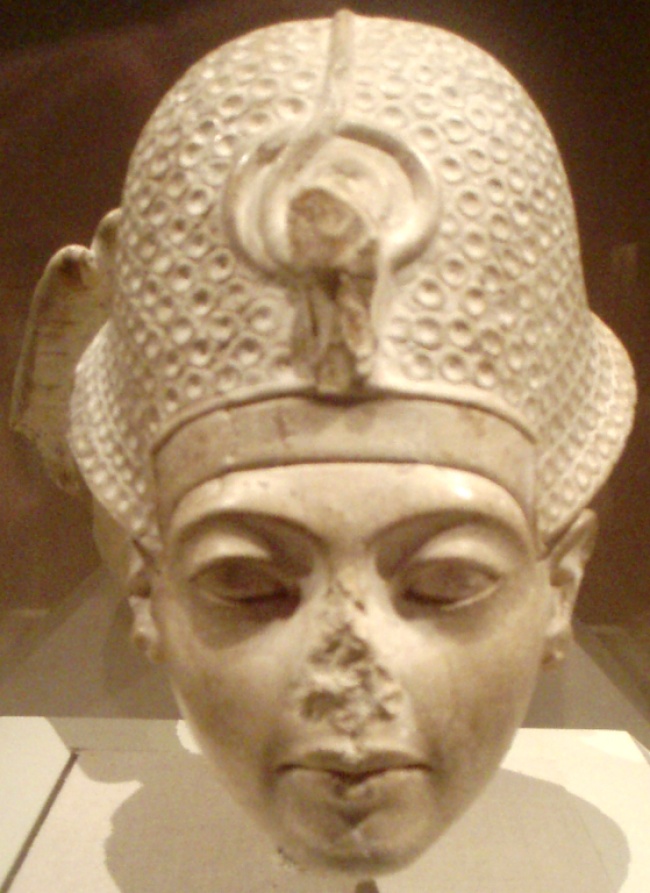 Recent DNA studies confirmed that King Tutankhamun’s severe health problems such as malaria and bone disorder were the consequences of an incestuous union: his parents were siblings. 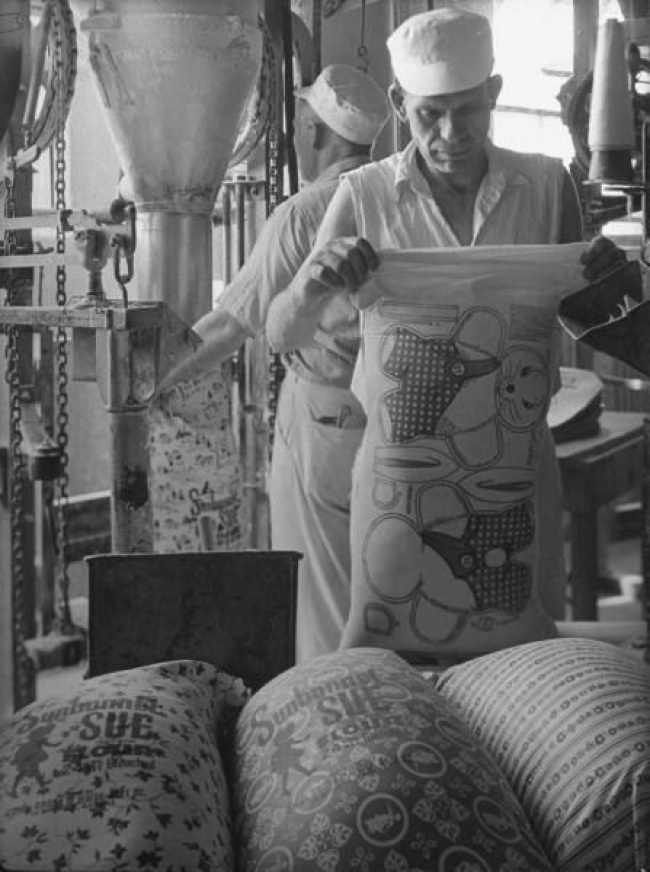 In the 1930s, during the Great Depression in the United States, women didn’t have many options to choose from when it came to clothing. They had to get innovative, so they started using cotton flour sacks to make clothes for their families. When flour sack manufacturers found out about the trend, they began to make sacks with different patterns on them. Some sacks even had instructions for proper washing or making a dress or a doll.

4. The largest bird in the world 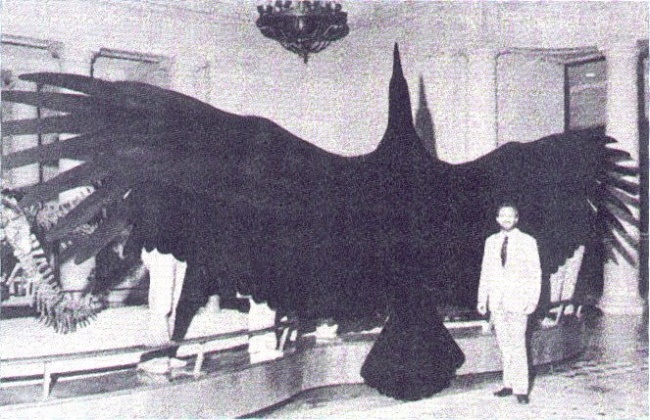 Argentavis magnificens is a fossil bird found in Argentina in 1979. Scientists say that the bird lived on our planet 6 million years ago. It had a wingspan of 6 to 8 meters and a height of 2 meters. Impressive, huh?!

In 1948 several ships passing near Malaysia received some strange SOS messages. Two American ships received the signals from a Dutch vessel called SS Ourang Medan. The message said, “All the officers, including the captain, are dead. Possibly the whole crew is dead… I’m dying.”

When they went to the rescue, they found every member of the crew lying dead, as if they were frozen, with expressions of sheer terror on their faces and outstretched arms defending themselves from whatever they saw. Even the dog was found the same way. The creepiest thing is that there were no injuries on any of the bodies.

6. The reason we use fingerprints 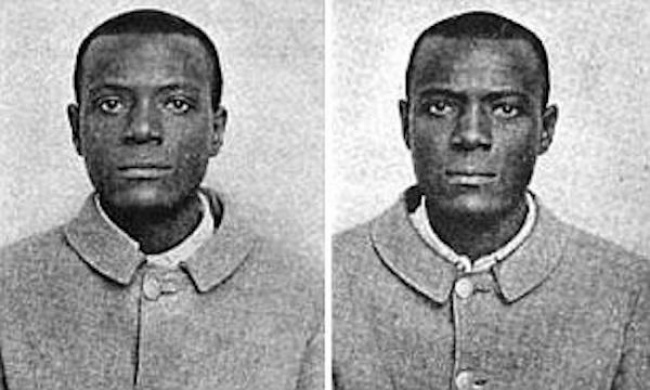 These two men are the reason we use fingerprints, or dactyloscopy, to identify ourselves. These men had the same name, they were sentenced to the same prison and the strangest thing is that they had never seen each other before. They looked exactly the same, although they were not related.

Before the alarm clock, there existed a very peculiar profession of “knocker uppers.” These were people who knocked on windows with a stick or shot dry peas at workers’ windows. What a way to wake up! 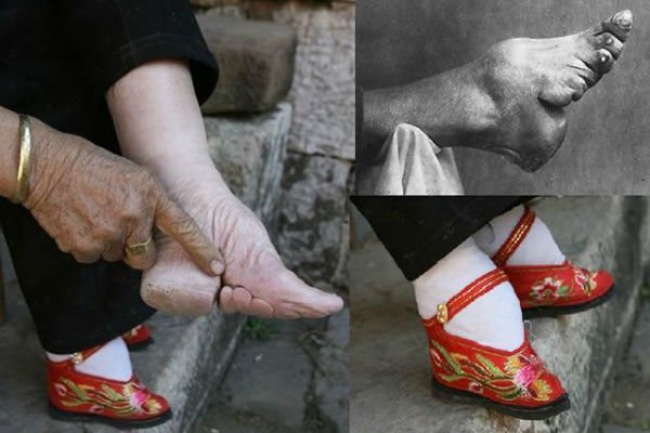 In the past, Chinese women bound their feet so they didn’t grow, since having small feet was considered beautiful and feminine. As a result, their feet were totally deformed. 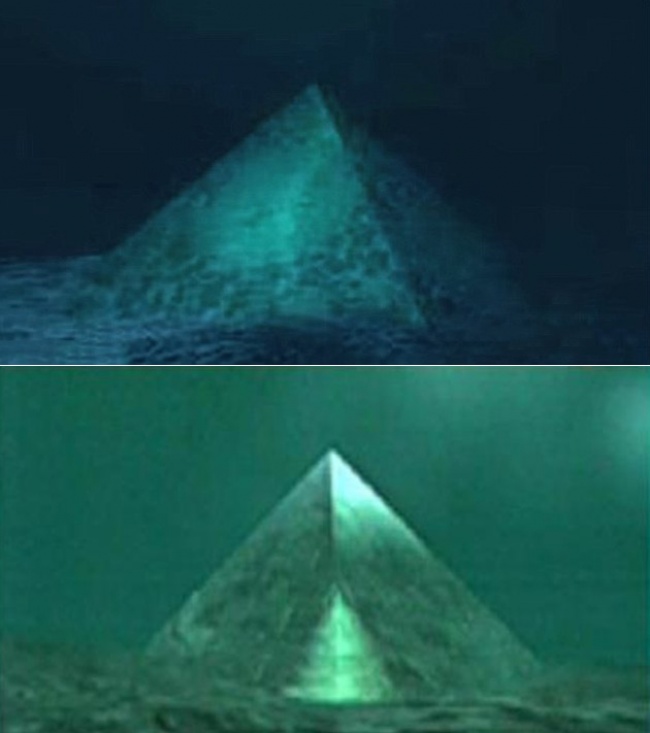 Using sonar technology, scientists have discovered two giant pyramids at 6,000 feet under the sea. They’re made of what looks like thick crystal, and they’re larger than the pyramid of Giza in Egypt.

They say that every time Joseph Stalin was informed about a dead or missing person, he ordered them to be deleted from every photo they took together. So began the history of photo retouching. 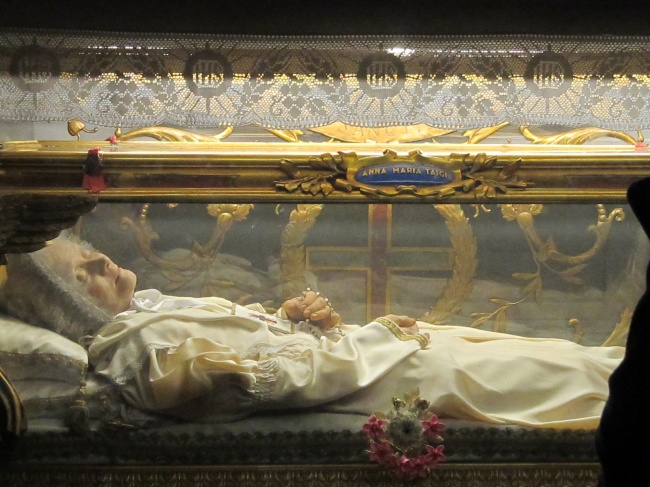 There is a belief that the bodies of the saints do not disintegrate. The oldest intact body is that of Saint Cecilia, who was martyred in 177 AD. Her body remains very similar to what it looked like 1,700 years ago when it was discovered, defying all laws of nature. The picture shows another saint named Maria Tiagi.

12. Clue to the location of the Holy Grail 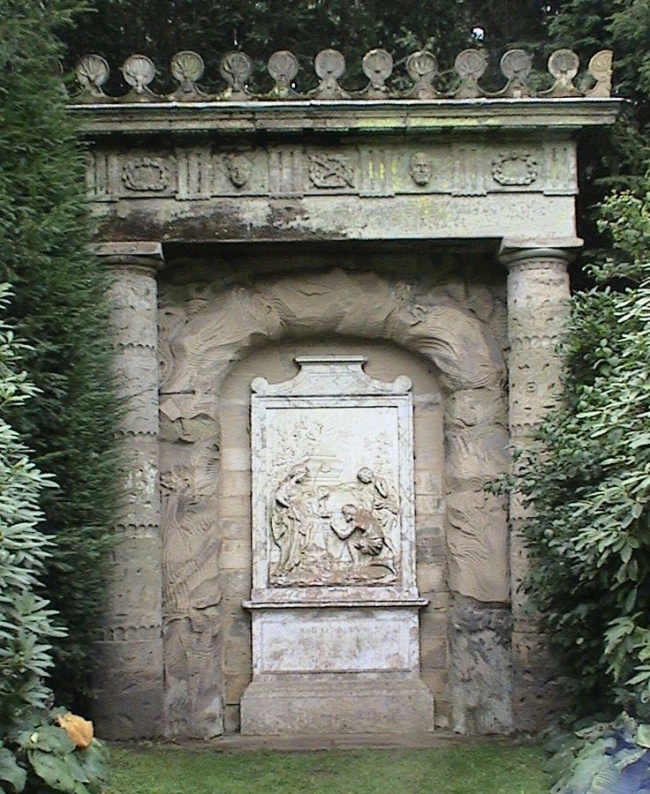 The Shepherd’s Monument in Staffordshire, England, has a mysterious inscription on it: DOUOSVAVVM.

No one knows who put it there, and no one knows what it means, but many believe that it may be a message left by the Knights Templar to find the exact location of the Holy Grail.

13. Where the word “Hooker” comes from 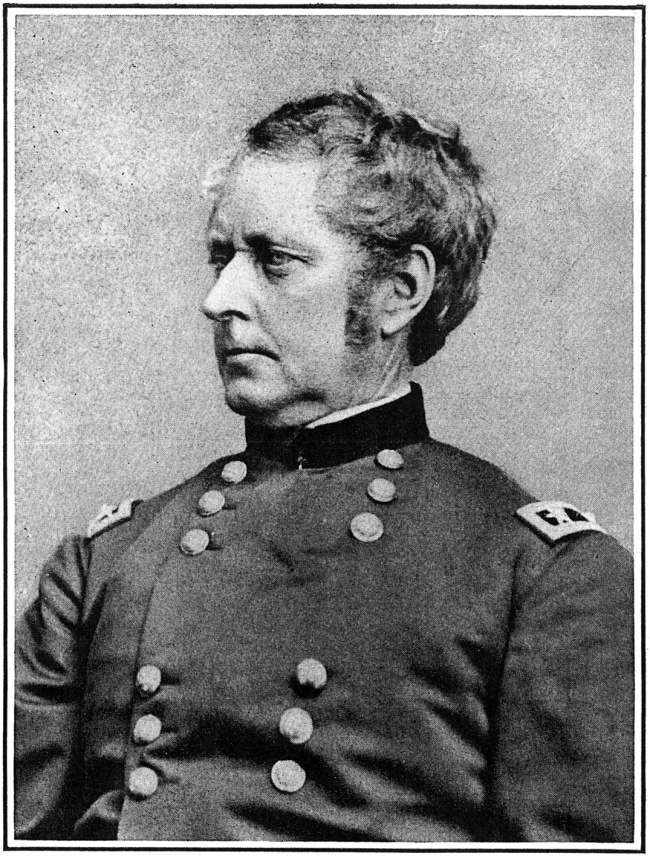 During the American Civil War, General Joseph Hooker always ensured his soldiers were satisfied and in a good mood by simply taking women everywhere his troops would go. Today his name is used as slang for “prostitute.”

14. The most horrifying mummies 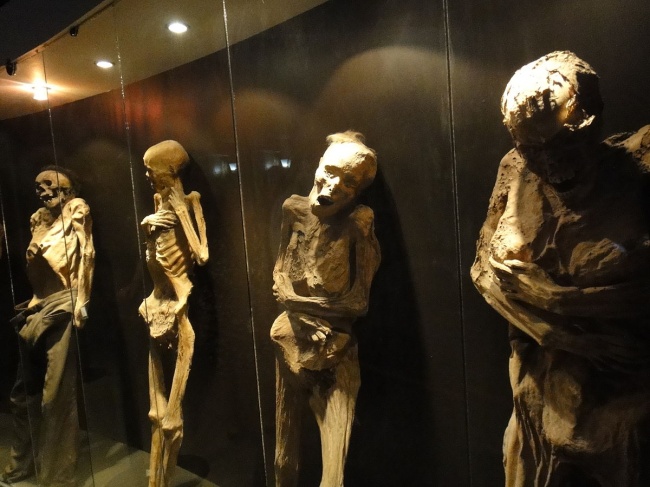 The most horrifying mummies in the world are the Guanajuato Mummies. The expressions on their faces make many believe they were buried alive or tortured to death.

15. Just a cough syrup for our ancestors 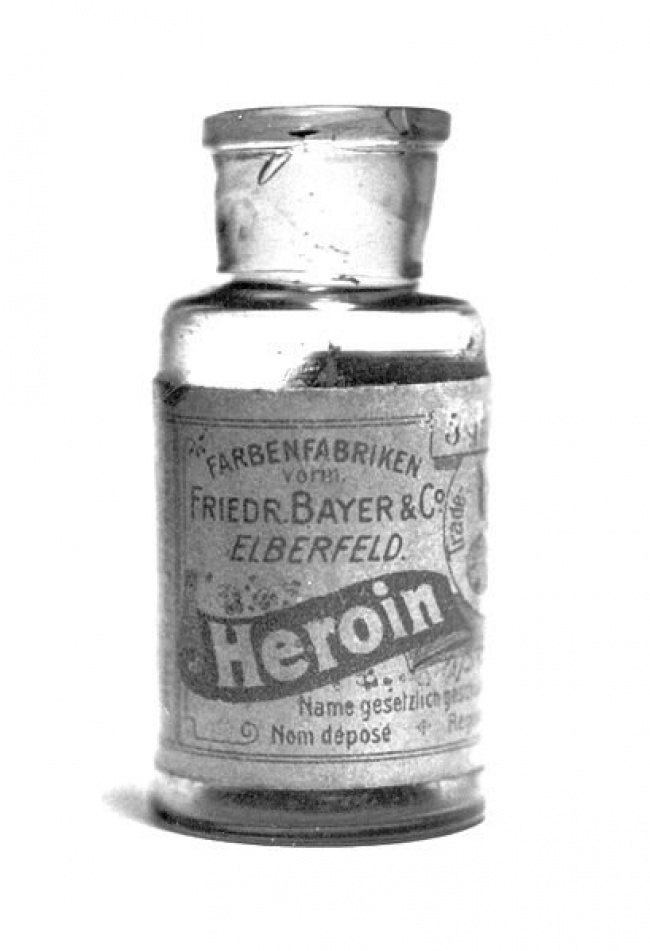 Between 1890 and 1910 heroin produced by Bayer was commonly sold as a non-addictive substitute for morphine and also as a syrup to cure children’s coughs. Our ancestors would have been surprised to learn that now people need to undergo intensive outpatient therapy (iop) after using heroin for a while.

16. They thought Rasputin was immortal 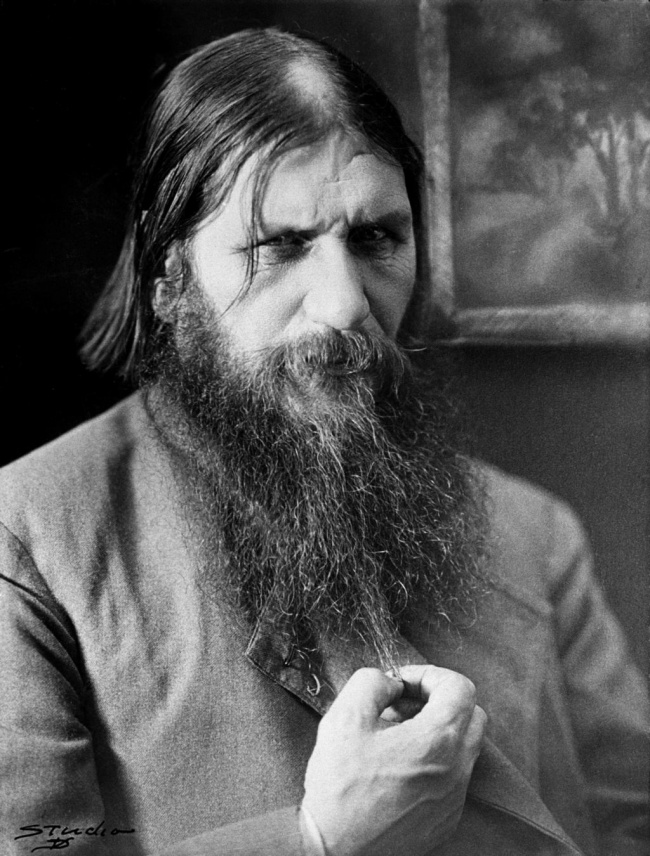 During his life, the Russian mystic Rasputin survived many assassination attempts. Once he was poisoned, stabbed, and shot all in one night. The assassins thought he really was immortal until they decided to throw him in the cold waters of the river Neva after shooting him several times. They found his corpse a couple of days later.

17. A monkey fought bravely in World War I

A South African baboon, Jackie, was found by Albert Marr shortly before World War I. When the war began, Albert enlisted in the army and took Jackie with him. Not only did Jackie entertain the soldiers but he also warned them when the enemy came near and was even in combat. At the end of his service, he was awarded a medal for his bravery. Jackie was discharged when the war ended and lived with his master until 1921.