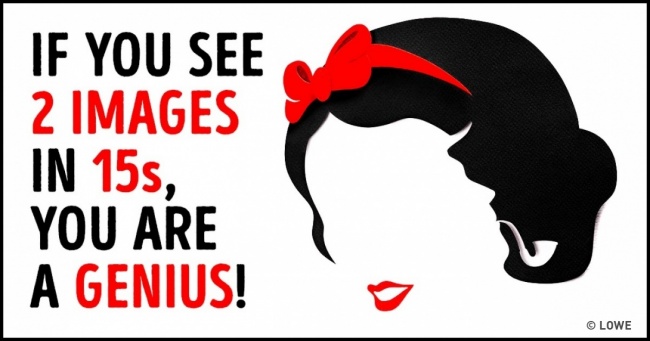 12 Mind-Bending Optical Illusions That Will Leave You Dazzled

We at FunnyModo continue collecting the best optical illusions out there and bringing them to you because we know you love a good brain-bender as much as we do.

A 5×5 chocolate bar, when cut and rearranged as shown above, suddenly produces an extra piece. Do it with a real bar to achieve the trick, or just watch very closely. 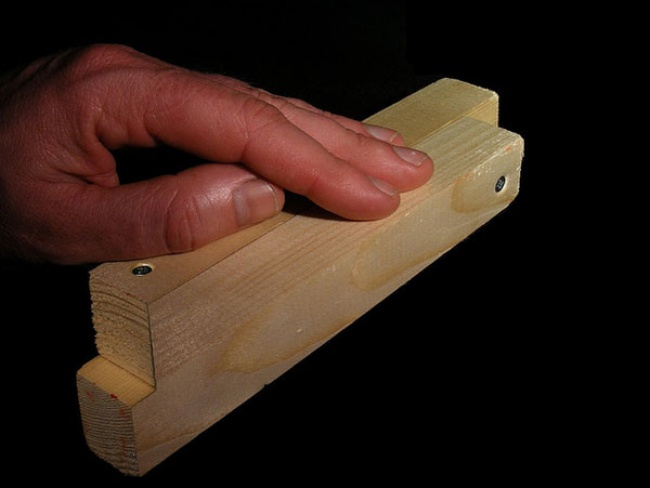 Look at these wooden bars. Depending on which end you’re looking at, they seem to be either next to each other or one lying on the other.

A cube and two identical cups 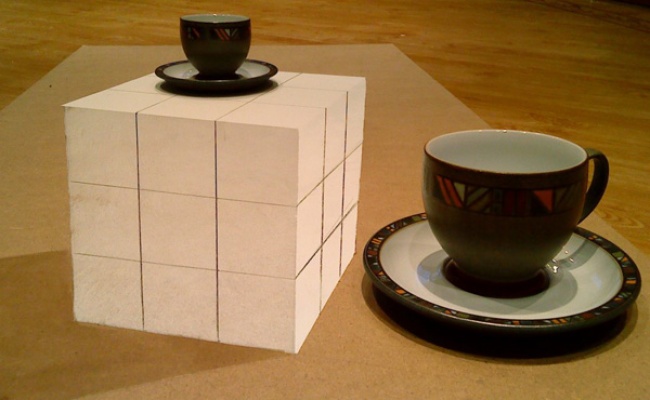 A Chris Westall illusion. A cup is on the table, and next to that cup is a cube with a smaller cup on top of it. However, looking from another angle, you see the cube is a drawing, and the cups are similar in size. 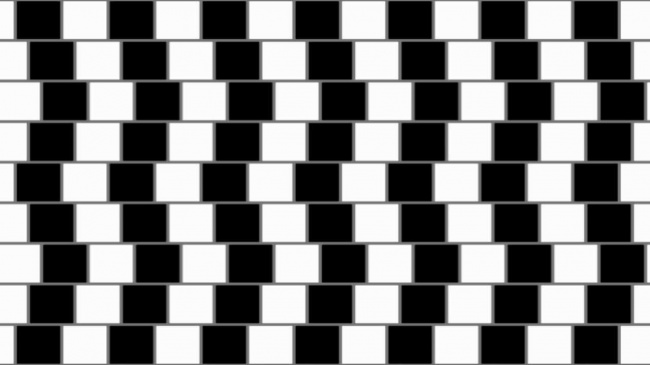 It might seem at first that the lines are curved, but in fact they’re all parallel. The illusion was discovered by R. Gregory on the wall of a café in Bristol, hence the name. 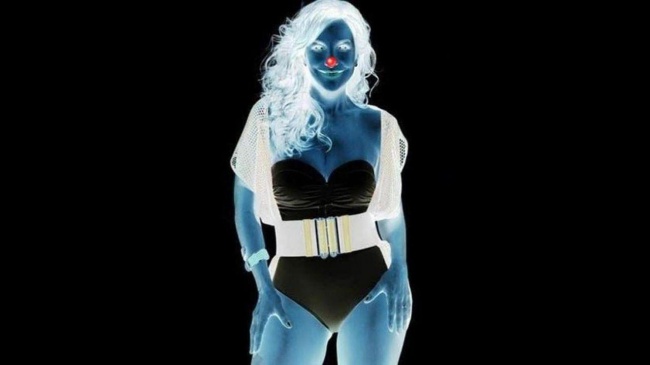 Look at the red dot on the nose of the “negative girl” for 30 seconds. Then quickly look aside or at the ceiling, and you’ll see her change.

The Leaning Tower of Pisa illusion 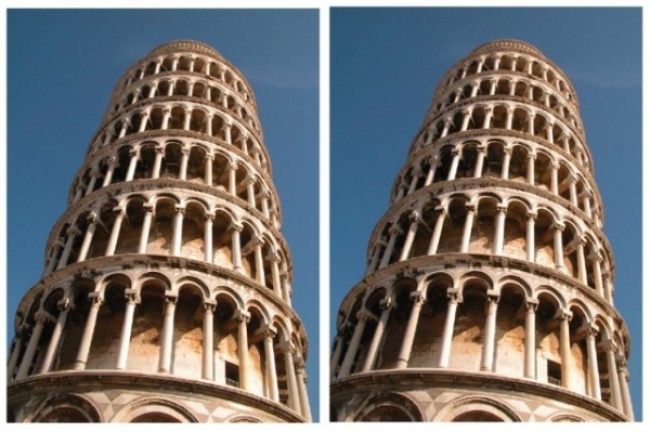 At first glance, the right tower seems to be leaning at a greater angle than the left one, yet the pictures are actually identical. Our visual system sees the two images as parts of a whole, and thus makes us think they’re different.

Each of the 12 lilac spots disappears for about 0.1 seconds, moving in a circle, and if you stare right at the cross in the center, you’ll first see a running green spot and then the lilac spots will begin disappearing altogether.

Look at the four dots in the center of the picture, then look quickly at the ceiling and blink. What did you see? 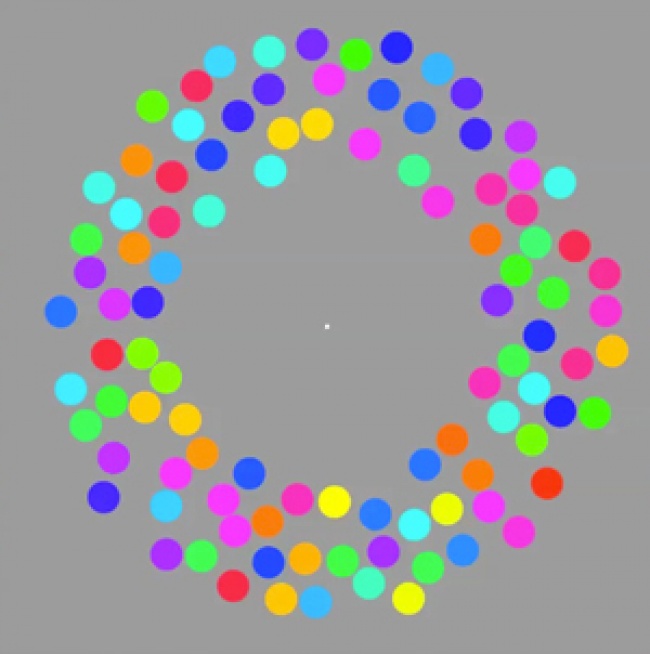 If you look at the white dot in the center for 30 seconds, you’ll be able to notice how the colorful dots around begin to change colors or fade away completely.

A couple in love 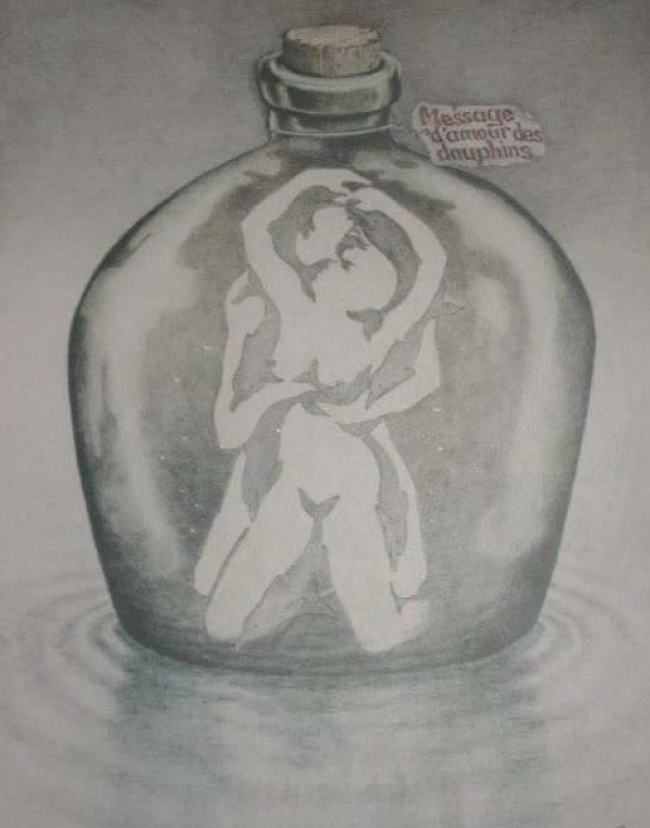 Kids will see dolphins at play in this picture, while for adults it’ll be something altogether different. That happens because children don’t have “adult” images in their memories. By the way, the picture was made by Sandro Del-Prete and is called Message of Love from the Dolphins.

A ship or an arch?

This illusion is a real work of art by Rob Gonsalves, a Canadian painter of magic realism. Depending on where you look, you’ll see either an arch of a long bridge or a ship’s sails.