As all parents know, there are times when you have to lie to your kids. Whether you’re “out” of ice cream or the TV “stopped working,” white lies help us all get through the day-to-day grind of parenting.

But then your kids grow up and start to realize that you’ve been lying to them for years.

Here, we’ve collected 10 stories where people realized their parents were big, fat fibbers. If you have similar stories of your own, be sure to share them with us in the comments.

1. “From when I was about four until I was about 11, I had a pet goldfish. I actually thought it lived all seven years. Around when I was five, however, it slowly started turning blue. My parents explained to me that goldfish are only gold in their childhood and eventually grew up to be blue.” 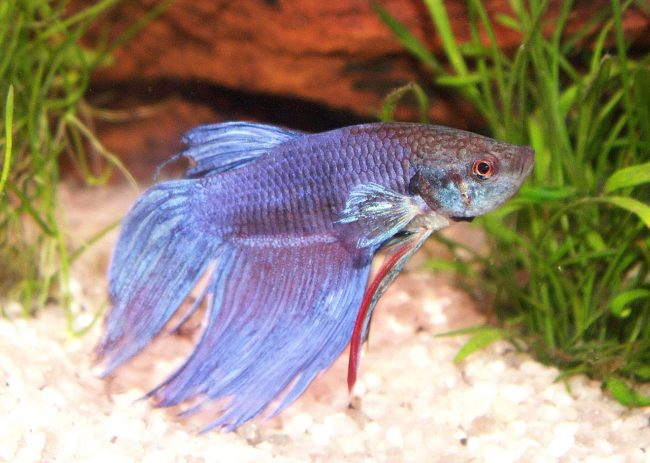 “I didn’t have any reason not to believe them, so I spent most of my childhood thinking that turning blue was a natural process for goldfish. Then one day in my high school biology class, we were studying the life cycle of a goldfish, and after my teacher gave us a summary I raised my hand and asked when they turn blue. The teacher just gave me a funny look, and I suddenly realized that this made absolutely no sense.

I went home and confronted my parents, who told me that my goldfish did not live for seven years, it died once every few weeks and they replaced it with a fish from the pet store. Eventually goldfish got expensive, so they bought an entire tank of beta fish and kept it in the basement. Every few weeks they’d replace the fish with the lightest beta fish they could find…until eventually they just decided to buy blue beta fish since they were cheaper. Changed my life.”

2. “When my cousins and I were younger we always looked forward to visiting our grandparents for the inevitable sugar rush. The best part without a doubt though was the ‘Lollipop Tree.'”

“We would run out and get to pluck a half dozen or so lollipops, each that we eventually realized were just taped onto the low-hanging branches of the only tree in his backyard. Once my Grandma passed away, my Granddad moved into a condo and the tree was left behind.

Skip forward about eight years, the first generation of grandkids are visiting, and my Granddad goes about his usual habit and starts taping lollipops to the tree in the yard of our house. My sister sees this and just about cries, yelling, ‘YOU MEAN YOU MADE THE LOLLIPOP TREE?!?’ She was 16. I couldn’t stop laughing for 20 minutes.”