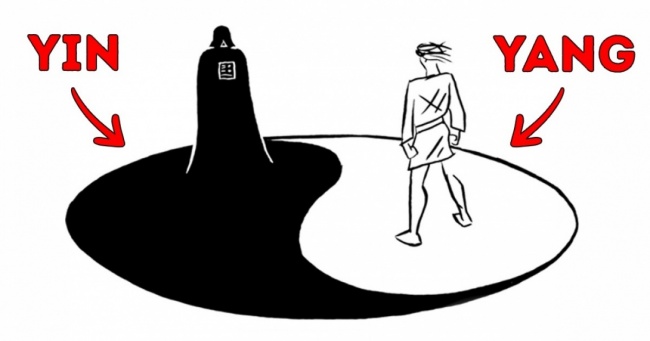 These symbols were believed to have power by dozens of generations. But meanings of symbols change sometimes, and you may be quite surprised to learn that your pretty pendant has a whole mystical history.

FunnyModo has looked into the secrets of the most well-known symbols. 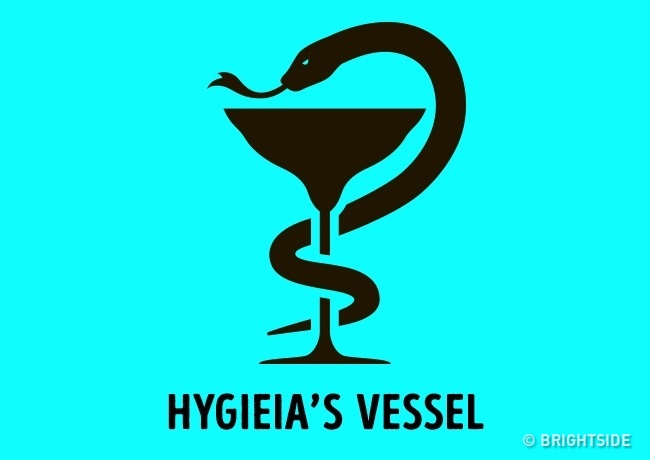 The snake cup is the vessel of Hygieia, the Ancient Greek goddess of health whose name is used in the word “hygiene.”

The snake is a symbol of both death and immortality as its poison can both kill and cure. The vessel was originally used by Paduan apothecaries in the Middle Ages. 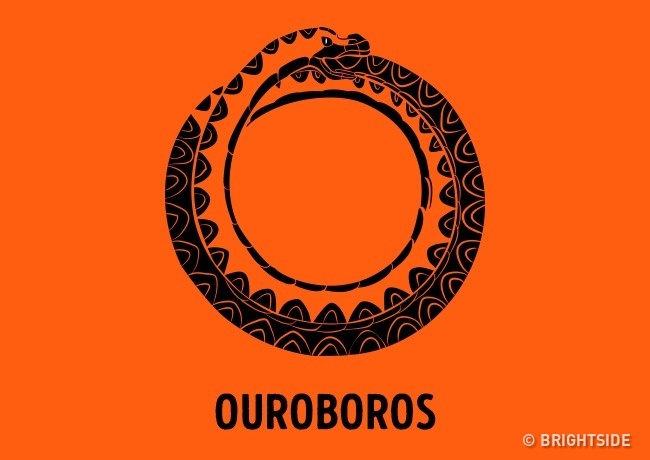 The earliest mention of Ouroboros dates back to 4200 BC. It was popular in religion, magic, alchemy, mythology, and psychology.

Ouroboros signifies the cycle of life and death. In different cultures it could symbolize things without beginning or end, yin and yang, or good and evil. 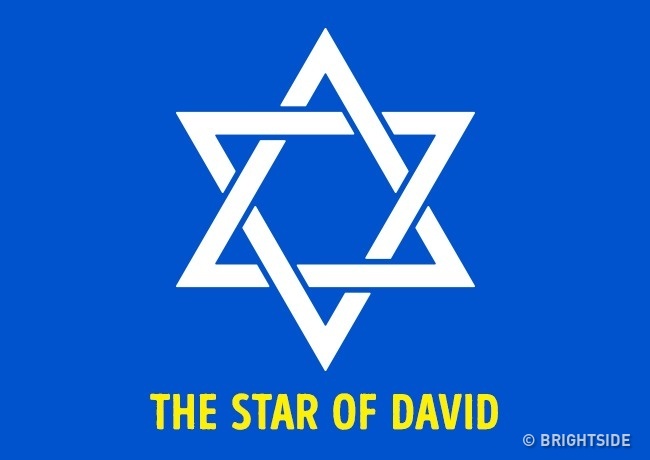 This symbol was widely popular even in 3000 BC. In India, it was a sign of the Heart Chakra, combining the male and the female principles.

In 1354, Roman Emperor Charles IV allowed the Prague Jews to have their own flag, and they claimed the Star of David for their own. Yin Yang is supposed to have originated in the 1st-3rd century AD in Buddhist beliefs. In China and Japan, Yin Yang is everything that is.

Yin, the dark, and Yang, the light slope of a mountain, are the constant interaction of contrasts. They feed each other and carry a particle of one another. There is no end and no victory to this struggle. 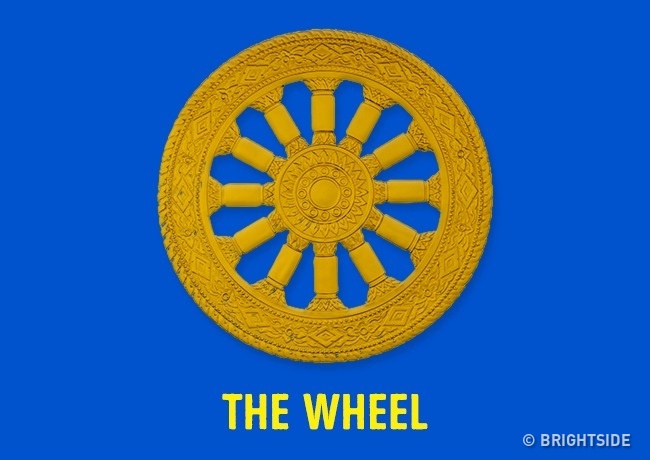 The earliest appearances of this image date back to 2000 BC. This symbol appears in Asia, the Middle East, and Egypt. The wheel is attributed to the Sun and signifies the cycle of life.

Later, the Wheel of Fortune appeared as a symbol of the whims of Fate. Its spokes brought fortune and misfortune, in turns. 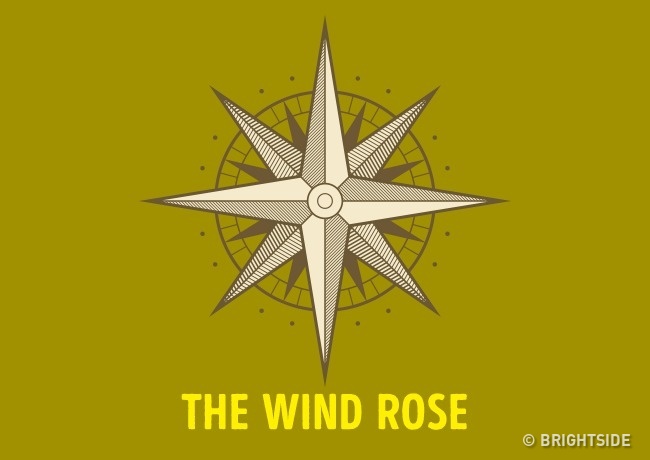 The first mention of this symbol is dated at 1300 AD. The wind rose is a symbol of a guiding light and the sailors’ amulet. They even made tattoos with it in the 18th-20th centuries.

The wind rose was also drawn on maps signifying parts of the world. The first mention of the symbol dates back to 8000 BC.

The swastika is a symbol of happiness, creation, and prosperity. Asian and Indian beliefs attribute it to the Sun.

In English-speaking countries, it was popular in the early 20th century, comprising four L’s: Light, Love, Life, and Luck.

After Nazi Germany had taken it for themselves, many countries outlawed this symbol. This symbol was born in 4000-3000 BC. In Hindu legends, Gandaberunda the Two-Headed Eagle was a symbol of cosmic balance. In Buddhism, it signified the might of Buddha. In Islam, the absolute power of the Sultan.

The eagle appeared in many cultures and religions, always symbolizing power and might. The latest appearance of it is in Russia, where it has become the national coat of arms. 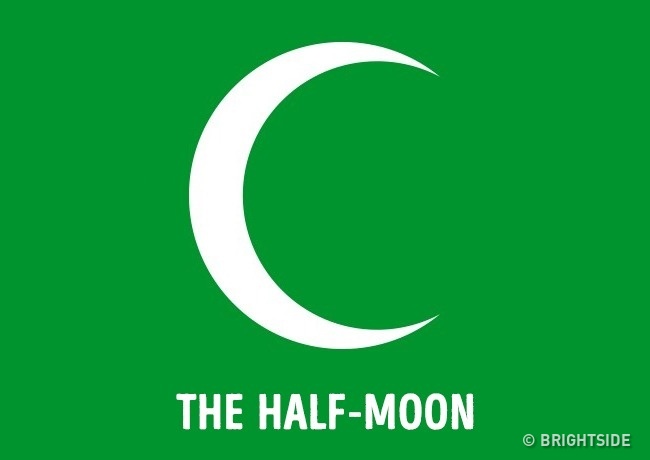 The symbol first appeared in 3500 BC and was used in Egypt, Greece, India, Byzantium, and the Sumerian Kingdom.

Christians worshipped the sign as a symbol of the Virgin Mary; in Asia, it signified cosmic powers; in India, mind control.

The crescent became strongly associated with Islam in 1453, after the fall of Constantinople. 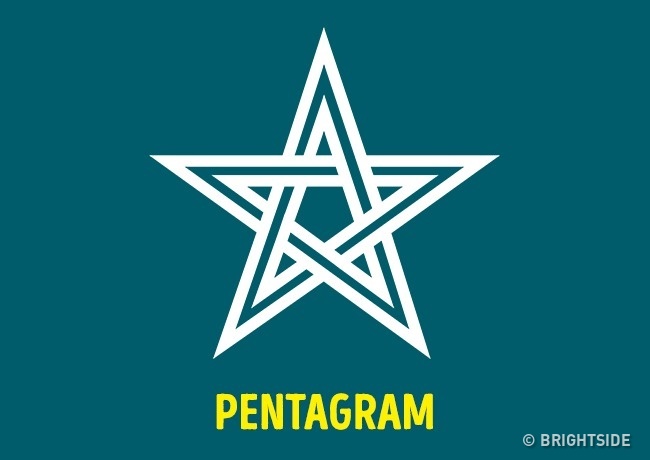 Early five-point stars date back to 3500 BC.

The pentagram was a protective sign against evil forces. Babylonian traders drew it on their doors to prevent theft. Pythagoras thought it a mathematical perfection containing the golden mean.

In early Christianity, an overturned pentagram was the symbol of Jesus, but then Éliphas Lévi coined it as a symbol of Satan.