10 Celebrities Who Kicked Their Diseases’ Asses 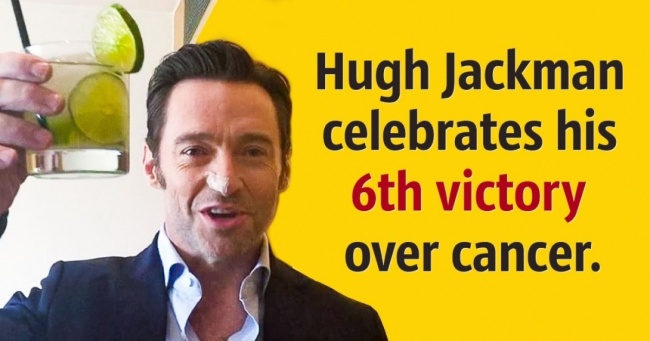 Many people think that the life of the rich and famous is much easier than their own. Unfortunately, no one is immune to problems, especially with their health.

FunnyModo will tell you about celebrities who, having found out they’re seriously ill, didn’t fall into despair. They not only won the fight against a dangerous disease but helped others to achieve the same results.

The actress, one of Hollywood’s sex symbols, suffered a clinical death due to a ruptured aneurysm and cerebral hemorrhage. Despite problems with speech after the surgery, less than 5 years later Sharon shone in Basic Instinct 2.

Having coped with the problems, the actress sets an example and supports seriously ill people. In 2013, Sharon Stone received the Nobel Peace Summit Award for charity.

In 1991, the outstanding actor was diagnosed with Parkinson’s disease. After this disappointing news, he went on to receive 5 Emmys as well as other awards.

Yet the main goal of the actor’s life is to help other people fight their diseases. Michael started a fund with a $450 million capital which does research to find a cure for Parkinson’s.

The actress is fighting against Werlhof’s disease: even a small cut on the skin threatens severe bleeding. Despite this, she stars in movies, receives prestigious awards, and raises 3 children.

Knowing how much strength and money is required to fight serious diseases, Julia Roberts finds time and opportunities to help those in trouble, acting as a UNICEF Goodwill Ambassador.

The famous comedian underwent surgery to remove a cancerous tumor and then debilitating chemotherapy. According to the actor, at first he flew into a panic but then found a reason for joy: the cancer was found at an early stage.

Having returned to normal life, Ben Stiller began to do a lot to give others a chance to recover. He supports 25 organizations, including the Cancer Research Institute and the Cancer Patient Support Foundation.

The well-known singer and 5-time winner of the prestigious Grammy Award suffers from Systemic Lupus Erythematosus, a condition that makes a person’s immune system attack the cells of their own body.

Having found out her diagnosis, Toni Braxton began to help those who suffer from SLE. The singer contributes to these people’s destinies and sets an example to follow because, despite the disease, she continues to please listeners with her music.

The adored Harry Potter suffers from dyspraxia: a nervous breakdown which makes it difficult to perform the simplest movements. With such a disease, seemingly incompatible with being an actor, he made a successful movie career.

Experience gained in the fight against this condition allows the actor to give advice to those who suffer from similar diseases. Daniel encourages them not to give up because faith in himself helped him become who he is.

The outrageous performer of many hits has Systemic Lupus Erythematosus. The singer once wrote a long post about ice baths, a foil blanket, and other difficult methods of treatment.

Knowing firsthand about the difficulties a person can face in their life, the star regularly donates money and advocates for those who need moral support.

In 2010, the actor who played the incomparable Dexter learned he had lymphoma. Telling about the things he had to go through, the actor sincerely regrets that not everyone has the necessary opportunities for treatment.

To support such people, Michael became the official representative of the Leukemia & Lymphoma Society which finances cancer research and helps sick people.

In 2005, the Australian singer-songwriter found out she had breast cancer. Having won a difficult battle with the disease, Kylie began to spend a lot of money in order to convey the importance of the timely diagnosis of cancer.

The case of Kylie Minogue became a landmark in the fight against breast cancer. Thanks to her, millions of women began to undergo regular examinations. For her contribution to the fight against cancer, she was awarded the honorary Doctorate of Health Sciences.

In 2013, the actor was diagnosed with skin cancer and has since undergone 6 surgeries. It seems anyone would need a break after such challenges, but Hugh Jackman continues to work hard.

Having been faced with a terrible diagnosis, the actor probably realized how much support sick people need. He sponsors 27 organizations that are involved in cancer research and other relevant issues.